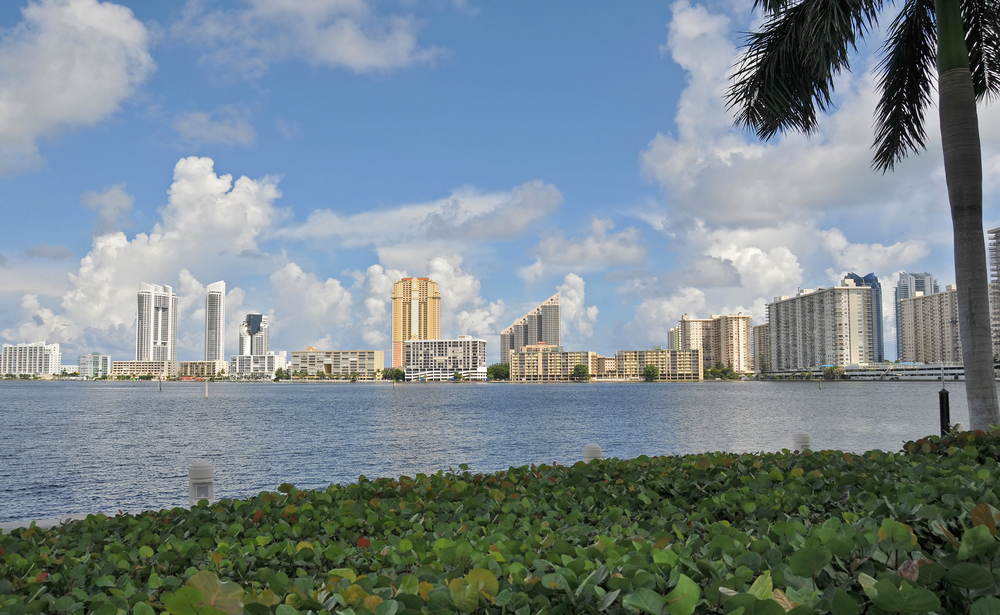 Sun and sand are everywhere in Florida, but it doesn’t take a waterfront view to entice young families to put down roots in the Sunshine State.

Even though over 75% of Florida’s population lives on the state’s coasts, when NerdWallet crunched the numbers to find the best areas for young families, six of the top 10 communities turned out to be inland. These growing areas stood out as places where affordability and school quality meet.

In our study, we looked at three factors that drive one of life’s biggest decisions: Where do I raise my family?

NerdWallet crunched the data for 120 places in Florida — cities, towns and census-designated places. Only places with over 20,000 residents were analyzed.

Surging to a population of 20,000 in 2012, a 176% increase since 2000, Pace is an appropriate name for this fast-growing census-designated place in Santa Rosa County. Pace tops our list for its affordability — home median values are $5,000 less than the state average. The community enjoys quality schools and nearby access to the Blackwater River State Forest, a state park, and the Naval Air Station Pensacola, also called the “The Cradle of Naval Aviation,” where every U.S. naval aviator begins training.

This census-designated place saw a surge of 91.1% in its income growth over the past decade. A half-hour drive from Tampa, Valrico recently joined with its neighbor Fish Hawk to create a combined chamber of commerce, which welcomed its 100th member in May. In addition to welcoming military families, the Hillsborough County public schools invest in educational technology with the gift of Microsoft Office programs for their students. To accommodate the growth in Valrico, Florida’s Department of Transportation is widening State Road 60 to add more lanes.

Balancing mid-priced homes with a high-median income, this Florida city — to use its motto — is “growing in the right direction.” Oviedo, less than a half-hour drive from Orlando, hopes to drive more traffic to its community with the widening of State Road 426 and County Road 419. Its school district, Seminole County Public Schools, ensures that learning is a priority with class sizes of no more than 25 students from elementary to high school. For nature-lovers, Oviedo offers trails along the Econlockhatchee River.

Aventura is one of the more expensive areas to live on our list — but for a good reason. The small city of less than 4 square miles has an ambitious streak. With a GreatSchools ranking of a perfect 10, Aventura schools provide specialized study on topics such as finance, as well as strong extracurricular programs. In 2012, Aventura surfaced from the recession and has seen a rise in commercial and residential projects, including the Aventura Arts & Cultural Center, as well as its retail and health care industries.

Community is important to Merritt Island, a census-designated place where a national wildlife refuge and residential communities find a delicate balance. One of the island’s schools, Edgewood Junior-Senior High School, and the nearby community received a $2,000 award for an outreach program to support local retail stores. From elementary to high school, a strong learning culture encourages college readiness, especially with Advanced Placement tests, where scores are higher than the state average. The area, which is about an hour’s drive from Orlando, is developing, especially with the hiring surge in recent years at the island’s Kennedy Space Center.

This city, about a half-hour drive from Orlando, is poised between Lake Jesup and Interstate 4, making it a particularly commuter-friendly middle-class area. In education, four of the five primary schools received an “A” on state test scores recently. The University of Central Florida and Seminole State College are also in the neighborhood. As a place with 87% of the area devoted to residences, Winter Springs has midrange housing values with a median home value at $209,000.

Located between two big metro areas, Miami and Fort Lauderdale, the city of Sunny Isles Beach has a thriving tourism industry, strong infrastructure and good schools. Waterfront housing has been built east to west of the city, which helps explain the higher median home value of $285,000 in the area. The redevelopment of the main street, Collins Avenue, is an ongoing project to improve beach access as well as access to condominiums. To help Sunny Isles Beach evolve into a bustling city, the Norman S. Edelcup/Sunny Isles Beach K-8 educates 1,800 kids in the area and expanded its campus with an additional building in 2013.

Once a small community, this census-designated place has skyrocketed over the past 14 years with the arrival of nearly 38,000 people. Wesley Chapel attracts newcomers with affordable homes — the median value is the lowest on our top 10 — but commercial and educational factors also contribute to its growth. Medical offices continue to arrive, with the most recent plan calling for a three-story Florida Medical Clinic on the Wiregrass Ranch property. In that same area, Apple recognized Wiregrass Ranch High School in 2013 for its technological innovation in learning, making it the first school in Pasco County to receive that honor. Across the street, the Pasco-Hernando State College Porter Campus features specialized health care programs and other educational resources.

As its name may suggest, the beach is a quintessential part of life in this city. Runs for charity, music festivals and art walks all take place here. While it’s on the higher end, the median home value of $276,300 reflects the waterfront lifestyle, and city development and strong schools can make the place worth the investment. Latham Plaza and Seawalk Pavilion provide event space for the community, but to further growth, downtown redevelopment aims to make the city more walkable with new mixed-use areas, especially parks. Of the four public schools within the city limits, one carries the honor of being named a National Blue Ribbon school.

A small town that embraces its environmental roots, Jupiter maintains solid schools in the Palm Beach County school district, with a 9 out of 10 rating from GreatSchools. Along with education, health care is one of the main industries in town, with the Jupiter Medical Center positioning itself as the employer of choice with its facilities and services. The Jupiter Community Center, built in 2002, serves as a focal point for town residents with 65,000 square feet for recreation and meetings. The town carries a reputation for its ecotourism, which features seasonal marine life days and green market fish feedings.

Check out this interactive map of our top 10 places for young families in Florida. Click on each icon to see each place’s overall score.

In this analysis, 120 Florida places (cities, towns and census-designated places) were included. Only places with populations over 20,000 were considered. We excluded age-restricted places and areas that lacked GreatSchools ratings and median household income figures from 1999.