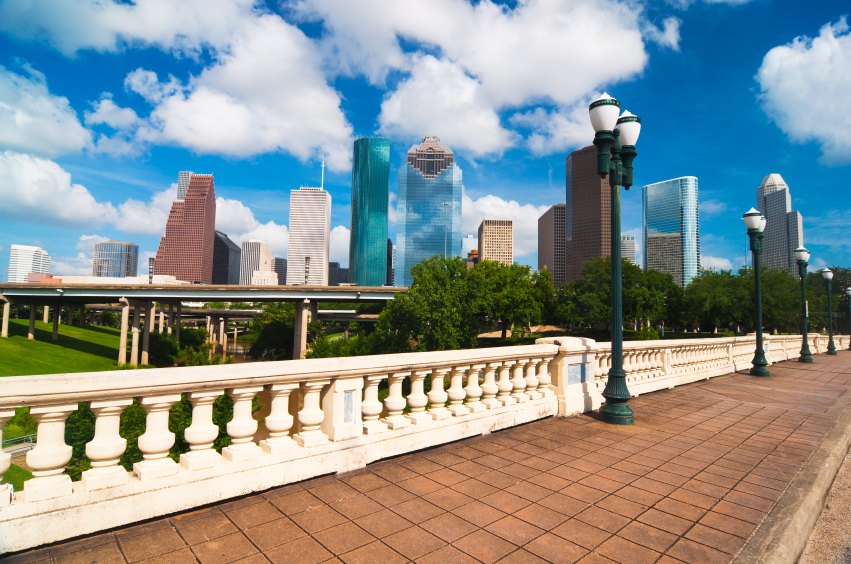 With 88 distinct neighborhoods and 2.19 million residents, the city of Houston is as diverse as it is big.

Deciding where to live in Houston involves more than finding an affordable home, since the definition of an ideal neighborhood can vary greatly. Some people might place a priority on local nightlife, while others look for places with parks for their dog or recreation and other opportunities for a growing family.

To help consumers navigate life in Houston, NerdWallet looked at a variety of social and economic factors to determine the city’s top neighborhoods for two groups: millennials, or young adults, and families.

For this study, we assumed that millennials are unmarried renters who want to live near other young adults. When it comes to families, we assumed that they would value neighborhoods with a high concentration of other families, stable neighbors and a healthy economy. For our full methodology, go to the end of this study.

We analyzed 88 Super Neighborhoods, which are geographic areas defined by the City of Houston. An official map of neighborhood designations can be found here.
Get Our Homebuying Newsletter

The Greater Third Ward is southeast of downtown, bound by Interstate 145 and State Highway 288. A rich historic past coexists with modern institutions, such as Texas Southern University, in this top neighborhood for millennials. This area is known for its rich African-American history and famous residents have included singer Beyoncé, Phylicia Rashad of “The Cosby Show” and her younger sister, actress Debbie Allen. The neighborhood earned top billing for its high percentage of renters, low rent costs and strong population growth of 17.31%.

Historic, yet attractive to young residents: That’s the winning combination that makes the Washington Avenue/Memorial neighborhood another top spot for millennials. A young population calls this place home: 40% of residents are age 20 to 34, and the unemployment rate of 2.99% is one of the lowest in the city. Population growth stands at 18.85%, the fourth highest in the city.

Located in west-central Houston, by Highway 59 and Allen Parkway, this neighborhood is described as having a “distinctive Bohemian atmosphere.” The area is close to entertainment options and the price to live here is a reasonable $1,052 a month on average.

Located in the heart of the city, Midtown calls itself “Houston’s pedestrian-oriented urban community.” This neighborhood is close to Houston’s universities and several METRORail stations, making this a great option for young residents on a budget. The neighborhood is also working to increase amenities with renovations at Midtown, Baldwin and Glover parks.

What better place for a young person than in the heart of the city? In downtown, open spaces such as Discovery Green and Market Square Park are complemented by spaces that bring business, entertainment and sports to the area — from the George R. Brown Convention Center to Minute Maid Park and Toyota Center stadiums. In other parts of downtown, revitalization is underway and empty office buildings are becoming lofts. All factors have contributed to a three-year population influx of 10.5%.

Kingwood is our top neighborhood for families in Houston with its low unemployment rate and stable population. Over 60% of residents in the area are married, and 88% have been living in the same house for the past year. It’s also known as the “livable forest” for its forested landscape and five resident-funded parks.

With the second-lowest unemployment rate and highest home value in Houston, University Place is a neighborhood for the financially secure. The most desirable areas include Southampton, Southgate, Old Braeswood and Boulevard Oaks. Both the economy and the quality of life are boosted by proximity to Rice University and Texas Medical Center.

Braeswood is ripe for revival. Construction of luxury homes in Braes Heights has helped bring home values up in the area, and its economic health has been trending positively, with a recent unemployment rate of 3.24%.

Located at the West Belt, Westbranch is one of our most-affordable places for families. Commercial construction in the western part of the community is joining the mix of townhouses and single-family homes in this area. Here, 59% of residents are married couples.

Named after the reservoir that it borders, Lake Houston features many single-family homes, including lakeside homes in the master-planned community of Atascocita. The lake is not only a reservoir, it’s also a favorite spot for boating and fishing. The neighborhood has one of the highest ratio of married residents.

What do you think about our lists? Let us know in the comments below, and we will respond!

We mapped U.S. Census Bureau tracts in the 2013 American Community Survey with Houston’s Super Neighborhoods as defined by the City of Houston’s Planning and Development Department.

Millennial neighborhoods. The metrics used to determine the best neighborhoods for millennials were equally weighted.

2. Population. We looked at the number of residents ages 20-34 to find the percentage of millennials in the population, as well the overall population growth from 2010 to 2013. Both variables were treated positively.

4. Singles. Millennials are looking to mingle, so we weighed the percentage of single residents in a neighborhood as positive.

Family neighborhoods. The metrics used to determine the best neighborhoods for families were equally weighted.

1. Other families. We assumed families want to live close to other families, so we positively valued the percentage of residents who reported themselves as married-couple families in the census.

2. Stable neighbors. Since stability is valued in a family community, we looked at the number of households whose residents lived in the same house the previous year.

3. Economic conditions. A healthy economic environment is a positive indicator in a community. We determined that low unemployment rates and high family incomes are markers of a solid neighborhood.

A view of the skyline of downtown Houston, Texas, via iStock.