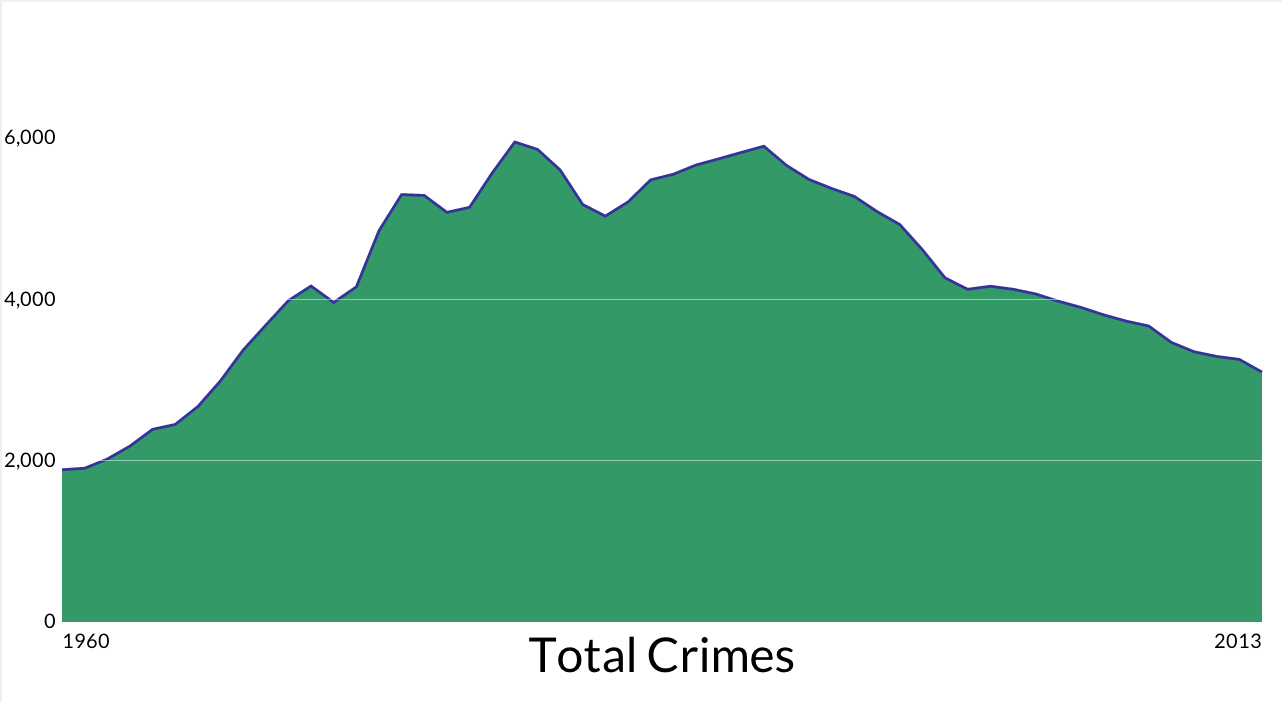 To take a look at trends in U.S. crime over the last half century, NerdWallet visualized national crime rates since 1960 in the interactive graphs below.

As you’ll see in the first set of graphs, violent crime peaked in the early 1990s and has been on a steady decline ever since, thanks to an increase in police forces, the Violent Crime Control and Enforcement Act and other reasons.
The second set of graphs show that total crime in the U.S. reached its highest rate in 1980 and has also been falling since the early 90s.