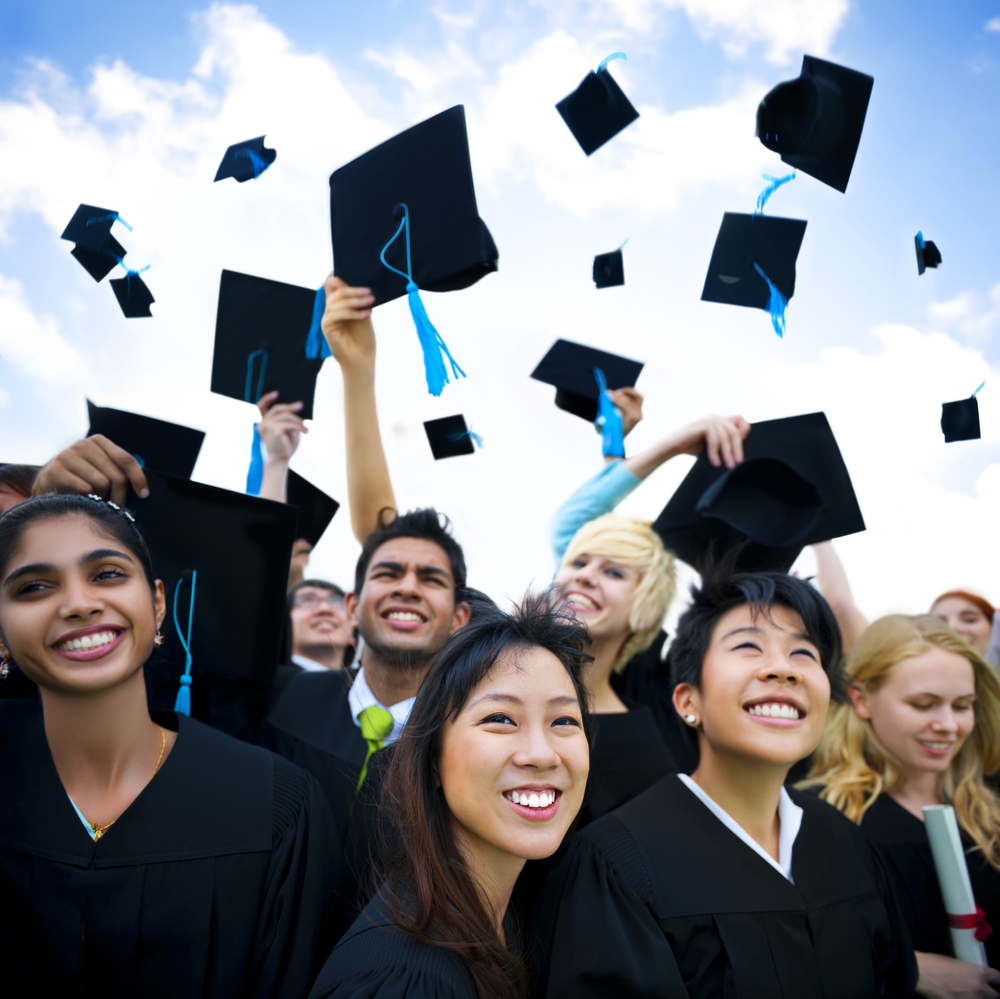 Certain cities in the U.S. have populations with higher levels of educational attainment than others. This often depends on what prominent industries are located in these places—cities that offer more technical occupational opportunities tend to draw more skilled and educated members of the labor force.

NerdWallet crunched the numbers to find the most educated places in America. We looked at increasing levels of educational attainment among the populations of 1,990 places across the U.S., from residents with at least a high school diploma to those with a doctorate or professional degree. We weighted high school and college education more heavily than the other factors because only approximately 30% of Americans 25 years and older hold a bachelor’s degree or higher, whereas nearly 87% of the country’s population are at least high school graduates.

We calculated the overall score for each place by weighting the following factors:

For more information on how affordable it is to live in each of these places, check out NerdWallet’s cost of living calculator. For similar studies and more, visit NerdWallet Cities.

In this city in the Washington, D.C., metro area, 83% of residents over 25 have a bachelor’s degree — that’s 50% more than the national average of around 30% — and over half of residents also have a master’s degree. A big reason for all of the higher education: The area is rich in biomedical jobs at the headquarters of the National Institutes of Health.

A whopping 88% of residents are high school graduates in Potomac, one of three Maryland cities in our top 10. Meanwhile, 1 in 10 residents in this city have a doctorate and almost half have earned their master’s degrees. The city’s proximity to Washington, D.C., allows workers to commute to jobs in the capital. Nearby Montgomery College provides classes and training for students at its Workforce Development & Continuing Education program.

Almost 90% of Wellesley’s residents have a high school diploma, and 83% have a bachelor’s degree. As the home of Wellesley College and Babson College as well as the highly regarded Wellesley public school system, it’s clear that education is a top priority in this city.

Brookline’s residents are highly educated, with almost half holding a master’s degree. Brookline is near several colleges — Newbury College, Boston College and Boston University ­— that do their part to enrich the community through programs like Boston College Neighborhood Center.

As the home of Stanford University and part of Silicon Valley, it’s no surprise that Palo Alto boasts highly educated residents. Almost 80% of residents over 25 are college graduates, and over half also have a master’s degree. Palo Alto Unified School District is known for its top-performing public schools.

In this city, 87% of the population has graduated from high school, and over 75% hold a bachelor’s degree. The city’s public school system earned a 9 out of 10 rating by GreatSchools, a nationwide nonprofit that rates public school systems. Newton is home to several universities and colleges, including Andover Newton Theological School, Boston College Law School and Hebrew College.

Almost half of Lexington’s residents hold a master’s degree. In the city where 83% of residents are high school graduates, a full 50% more than the U. S. average of around 30%, the public schools earned a GreatSchools rating of 9 out of 10. The city itself provides an education in U.S. history for tourists and residents alike: it was the site of the first shot of the American Revolutionary War.

Higher education is a focal point in Chapel Hill, home of the University of North Carolina at Chapel Hill and part of the Research Triangle. Almost 80% of residents hold a high school diploma, and 3 out of 4 residents have a bachelor’s degree as well.

The only city in the Midwest to crack the top 10, Upper Arlington has an incredible high school graduation rate, with 91% of the population over 25 earning their diplomas. The nearby Ohio State University Extension helps develop and engage the community through outreach programs, which helps support the work of the city’s top-notch public schools.

This census-designated place is just miles from Washington, D.C., making the suburb a hub for educated residents working in the city. In North Bethesda, 86% of residents have a high school diploma, and 71% have a bachelor’s degree as well.

Top 100 Most Educated Places in America

Educational attainment data for population 25 and over is from the U.S. Census Bureau American Community Survey.