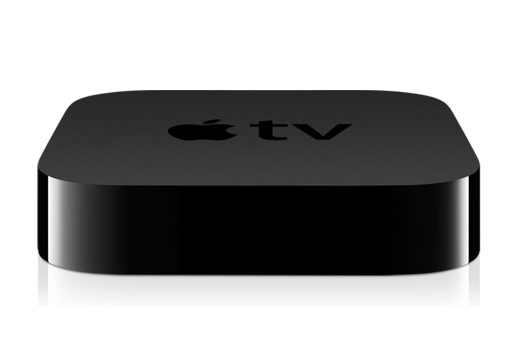 Picking a streaming device that’s right for you can be confusing. There are many options out there, and they all seem to do the same things.

Among them: the Apple TV. If you’re considering purchasing an Apple TV (or any other streaming device, for that matter), there are a few things you should keep in mind before you start shopping.

What is the Apple TV?

On the surface, the Apple TV appears to be nothing more than a small black box emblazoned with the Apple logo.

In actuality, the product — which was originally released in 2012 and is now in its fourth iteration — allows users to bring movies, TV shows, live sports, music, photos and videos straight to their TV. And thanks to features such as AirPlay, the box also offers users the ability to stream content from an iOS device or Mac directly onto their TV.

Check out the Apple TV’s specs: But this device isn’t the only one of its kind. If you’re not sold on the Apple TV, there are a variety of other streaming devices on the market as well.

There’s the Amazon Fire TV, for example — a streaming-media player from online giant Amazon that costs $89.99. This product gives users access to over 200,000 TV episodes and movies, millions of songs and hundreds of games. The Fire TV also features a voice search function and the ability to mirror the content that’s on your phone or tablet on your TV.

Another popular player in the streaming-media market is the Roku. With a price of $99.99, this product features access to more than 2,000 channels and an integrated movie store. You can control the device with the included remote or by way of a downloadable app for your smartphone or tablet. When considering any of these or other similar devices, here are a few questions you should ask yourself:

For more advice about what to look for when purchasing a streaming device, check out our Streaming Media Player Buying Guide.

Courtney Jespersen is a staff writer covering personal finance for NerdWallet. Follow her on Twitter @CourtneyNerd and on Google+.

Images via Apple and Amazon.