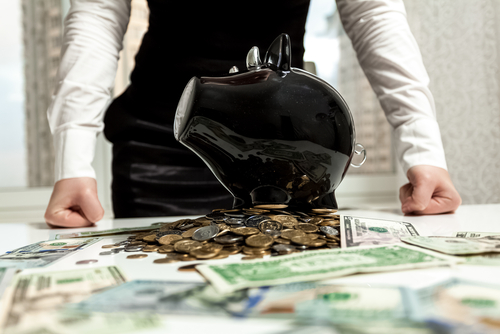 CD investments can be a smart part of your savings strategy if you’re focused on guaranteed returns. How much interest you can earn on a CD depends on the rates, which are falling in the current rate environment. See what the best CDs can earn below.

Calculate what interest you’d get from two different CDs. To see how rates really matter, keep the deposit and term lengths the same and note how the interest rate would affect your overall savings.

Here’s an example. If you invested $10,000 in a five-year CD at 1% APY, which is close to the national average rate, you would have earned about $510 in interest at the end of five years.

CD rates vary widely even at the same bank or credit union, but here’s a general trend: The longer the term, the higher the rate. In other words, when you sacrifice access to your money for longer, you earn more interest. Some financial institutions also reward you with higher rates in exchange for higher minimum deposits. A CD that requires $5,000 to open an account might earn more than one that requires $1,000. (If you’re torn between long and short terms, consider three-year CDs instead.)

If you shop around, you can find CDs that have rates more than double the national average. Online banks tend to have the top rates, followed by credit unions and traditional brick-and-mortar banks.

Compare some of our top-rated choices, all federally insured, in the table below:

Why should I consider CDs?

They’re safe. Like savings accounts, CDs are federally insured to protect your money, both at online and traditional banks as well as at credit unions. This means they have minimal risk, whereas investing in the stock market — another option to grow your money — is more unpredictable and can lead to losses, especially in the short term.

But CDs have an opportunity cost. The typical CD has a fixed rate, so once you lock up your money for months or years, you close the door to higher rates that might appear. (Not ready for a long commitment? See the best one-year CDs or, if you’re aiming for an even shorter time frame, the best six-month rates.)

Bottom line: CDs might be right for you if you want to avoid risky investments and you’ve set aside money you won’t need for some time.  (If, on the other hand, access is a priority, check out NerdWallet’s best savings accounts.)

» Not sure how long to invest? Read our guide on choosing the right CD term length

How to have CDs and flexibility

If you’re trying to decide between a CD and something less restrictive, there’s a middle-of-the-road option: CD ladders. This is a savings strategy in which you open CDs of varying lengths. One common scenario involves opening five CDs, with terms of one year, two years, three years, four years and five years. The goal is to have one CD maturing each year to give you the option to reinvest or cash out each time. If that’s appealing, explore more about CD ladders.