For African-Americans, embracing mobile banking doesn’t just mean greater accessibility to financial institutions, it also allows the ability to choose a bank that aligns with their values.

Just over 18% of black households in the U.S. are unbanked, compared with 3% of white households and 7% of all households, according to a 2016 report by the Federal Deposit Insurance Corp. But as mobile banking expands, African-Americans may be able to connect with a bank where it was difficult before.

Black Americans were barred from many financial services by legal segregation in the past. Today, other forms of discrimination can discourage enthusiasm for banks. For example, the Consumer Financial Protection Bureau since 2013 has fined several banks for redlining, or overcharging for loans because of customers’ race.

Mistrust of banks among African-Americans lingers, according to the FDIC report, which found that nearly 24% of blacks surveyed said banks were “not at all interested” in serving households like theirs, compared with about 16% of all respondents and nearly 13% of white respondents.

Mobile banking trends on the rise

Still, more blacks are entering the ranks of the fully banked, with the percentage growing from 40% to 45.5% from 2013 to 2015, according to the FDIC. That increase has coincided with significant use of mobile banking among black Americans.

» Resources on building financial health in the black community

Though that’s likely correlated to necessity — 15% of blacks have a smartphone but no broadband access at home, compared with 9% of whites, the nonpartisan Pew Research Center found — which indicates a need and willingness to bank through other means.

In some cases, mobile and online banking allows people the ability to choose a financial institution that supports causes near to their hearts, even if there’s no branch close to their home.

Choosing a bank that helps community

Tami Sawyer opened an online checking account at black-owned OneUnited Bank about a year ago, drawn to the institution for its dedication to economically supporting black communities. OneUnited provides financial literacy workshops and supports the #BankBlack movement, a campaign launched in 2016 by rapper Killer Mike to encourage people to open accounts at black-owned banks. The idea is that black banks could in turn reinvest that money into their communities by lending to business owners and providing affordable home loans.

» Want to learn more? Here’s a list of black-owned banks

Sawyer, who’s the director of diversity and cultural competence at Teach for America — an organization that connects college graduates to teaching positions in underserved schools — lives in Memphis, Tennessee. OneUnited has branches in California, Massachusetts and Florida — but that’s no matter to Sawyer.

While the bank’s support of black communities was a crucial factor in her decision, technology also played a key role. She picked OneUnited over a local black-owned bank because OneUnited had an iPhone app. The other didn’t.

“I do everything on my phone with them,” Sawyer says. “That was the final selling point.” 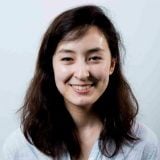