A guide to
auto insurance
and safe
driving for teenagers

A guide to auto
insurance and safe
driving for teenagers

A citation for DUI can cause a teen’s car insurance policy premium to spike by more than $2,000 a year, and speeding tickets can also result in hefty increases. Learn how much teens can save by driving safely, plus tactics that teens and their families can use to save on auto insurance.

When teen drivers are caught speeding or driving under the influence, the consequences can be serious and expensive.

For teenagers, driving is a privilege, and getting charged with DUI has massive ramifications. It's worth noting that while adults generally must have a certain blood alcohol concentration level to be charged with a DUI — often 0.08% — some states, including Illinois and Louisiana, have zero-tolerance laws for drivers under the legal drinking age of 21. This means minors caught driving with any alcohol in their system can be charged with a DUI.

In most states, drivers of any age will have their licenses suspended for driving under the influence — even if it’s a first offense, according to the Governors Highway Safety Association. This suspension typically lasts three to six months but can be longer in certain states. Some states allow limited driving during the suspension — say, to school or work — but the driver often has to wait 30 or more days for this privilege. If teens are caught driving with a suspended license, they are likely to be arrested, get slapped with a fine and possibly spend time in jail.

Depending on the state, teens may also be required to have an ignition interlock installed on their car, which prevents the car from starting if alcohol is detected on the driver's breath. Some states will impound or confiscate the vehicle. Drivers may incur additional penalties for being caught drinking under age 21.

On average, a DUI boosts the cost of car insurance for teenagers in the U.S. by $2,398 a year.

Teens caught driving under the influence may also face imprisonment or be required to complete community service hours or attend safe-driving or alcohol education classes. There may be a probationary period of several years. They may also be charged a fine of $500 to $1,000. Drunk drivers in Illinois may be fined up to $2,500 on their first offense.

Teen drivers can also expect their insurance premiums to skyrocket if they are convicted of DUI. On average, a DUI boosts the cost of car insurance for teenagers in the U.S. by $2,398 a year, according to NerdWallet research. That is a far higher penalty than adults will pay. A NerdWallet study of rates in 20 cities found that on average adults will pay $813 more annually for car insurance after a DUI conviction.

In some states, the costs are even higher for teens. Here are the three priciest states for teens with a DUI on their record, and how much more teens can expect to pay per year, on average:

Speeding is expensive
The consequences of speeding are less severe than for a DUI, but they’re still costly. Teens may not lose their license for a single infraction, but their insurance premiums almost certainly will rise. For teens caught driving 11 to 15 mph over the limit, U.S. insurers will charge an average of $692 more a year, according to NerdWallet research. This is a substantially bigger increase than adults would face. A two-state NerdWallet study found big car insurance companies would charge an average of $209 a year more for adult drivers with a single speeding ticket.

Here are the three most expensive places for teen speeding, and how much more teens can expect to pay per year, on average, after receiving a speeding ticket:

Teenagers pay more for insurance on average than any other age group. Driving sober and obeying traffic laws can help keep rates from soaring even higher and prevent other costly consequences. 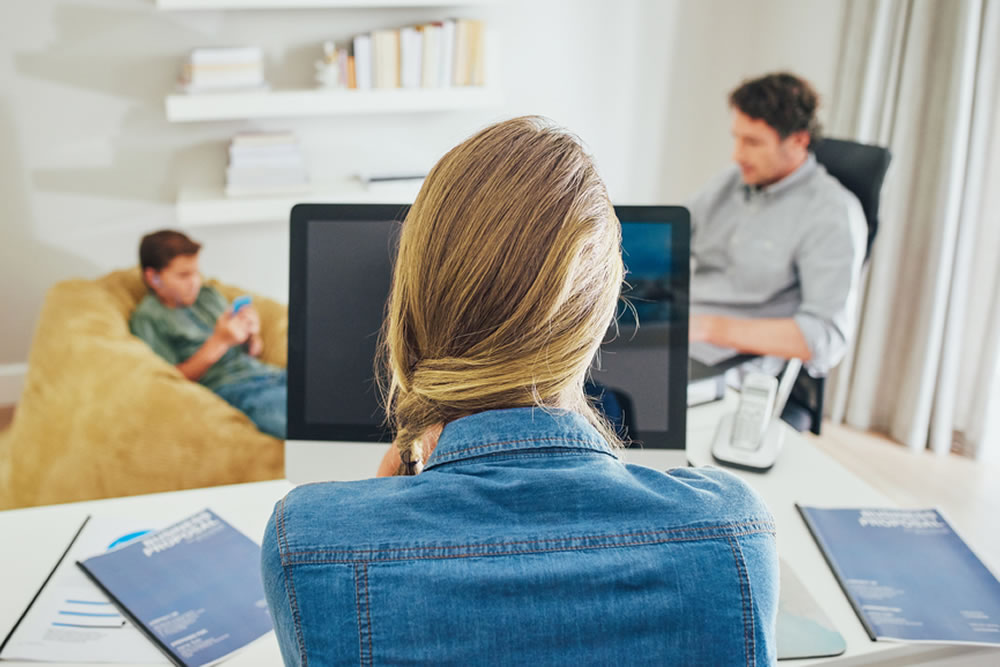 Buying auto insurance: Get your own policy or join your parents?

Virtually every teen driver is required to have auto insurance. But is it smarter for teens to get their own insurance policy or join their parents’ plan? NerdWallet crunched the numbers and found that in some states teens can save more than $5,000 annually by joining their parents’ plan instead of going it alone.

On average, teens and their families can save $3,053 a year by getting coverage under a single policy.

On average, teens and their families can save $3,053 a year by getting coverage under a single policy in the U.S.

Here’s how it breaks down: On average, teens will pay $4,623 a year to buy their own full-coverage insurance policy, according to NerdWallet research. But parents would have to pay only $1,570 to add that same level of coverage for a teen driver to their existing policy. The difference results in average annual savings of $3,053.

Here are the states where teens can save the most per year by joining their parents’ plan instead of getting their own policy:

The data are clear: When deciding whether teens should get their own car insurance policy or join their parents’ plan, you can be sure of big savings if you stay on one combined policy. 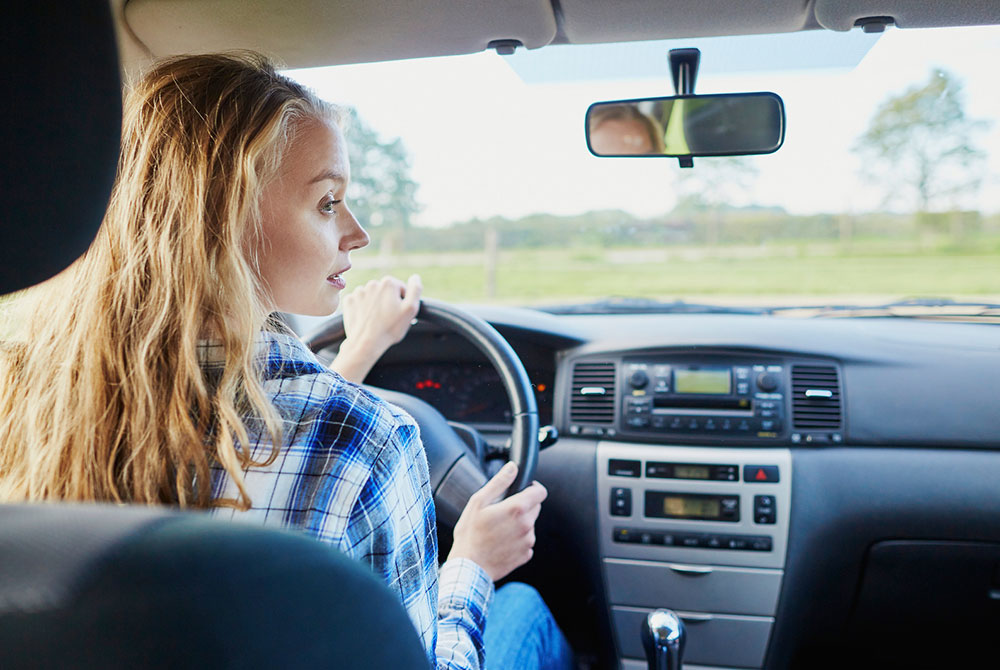 Given how expensive it is to get car insurance for teens, you’ll want any discounts you can get. Fortunately, most companies offer several ways to ease the bite of insuring a young driver.

Some of the discounts make obvious sense, like taking a training course or leaving your car behind when you go to college. Getting good grades, which has been shown to correlate to lower accident risk, can often lead to a discount as well.

Here’s how to get some of the common discounts insurance providers offer, along with how much you can save. Keep in mind that discounts vary by company and state, so you’ll want to confirm what insurers offer where you live.

Insurers may offer discounts of up to 10% for drivers under 21 who complete an approved course.

Get good grades
Students with an A or B average are 33% less likely to get into an accident in their first year of driving than those with a C or D average, according to a 2001 study published in the journal Accident Analysis & Prevention. So insurance companies generally provide a discount to drivers under 25 who meet one of the following criteria:

Discounts can range from 10% to 25%, depending on the insurance company and state.

Don't take a car to college
Most insurers offer young drivers a break if they’re attending school at least 100 miles away from home, without access to a car. Students are still fully covered if they drive while at home on breaks. A typical discount is 7%, although exact rates vary, especially when multiple discounts are combined.

Discounts vary by insurance company and state, so the only way to be sure of getting the best rate is to shop around. NerdWallet’s car insurance comparison tool can help with that.

Car crashes are the leading cause of death for American teenagers, so when choosing cars for young drivers, it makes sense to focus on safety.

There are four main criteria for good cars for teens, according to the Insurance Institute for Highway Safety:

The best cars for teens
Among parents who buy a car for a teen, 83% buy a used vehicle.

Here are some late-model used cars, available for $20,000 or less and recommended by the IIHS, that also earned five-star safety ratings from the National Highway Traffic Safety Administration and above-average reliability ratings from Consumer Reports. Average retail prices, from the National Automobile Dealers Association, are given for the base trim and earliest model year shown, with typical mileage. 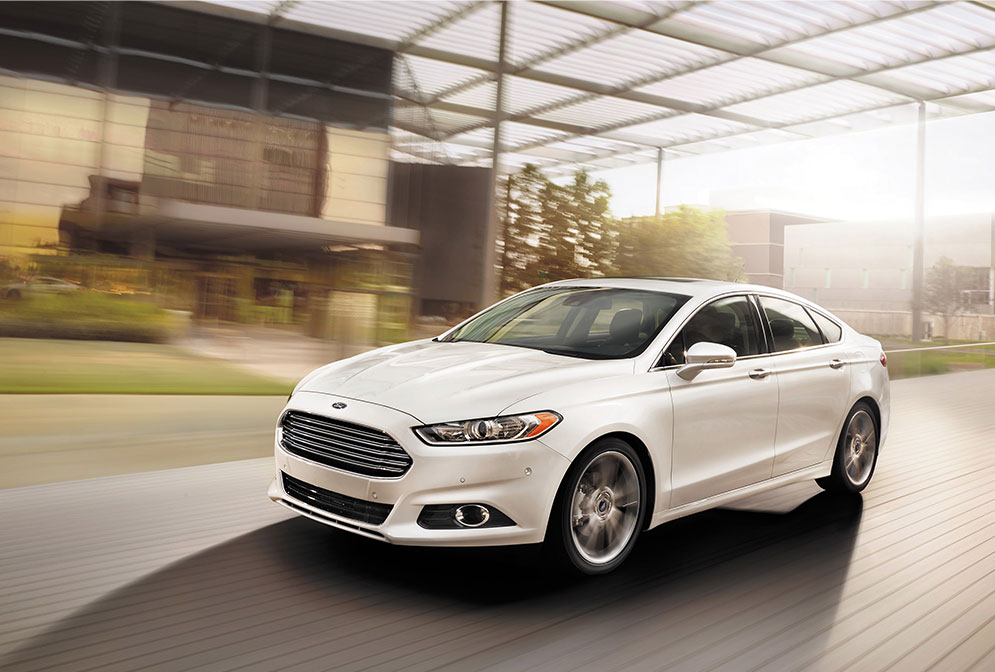 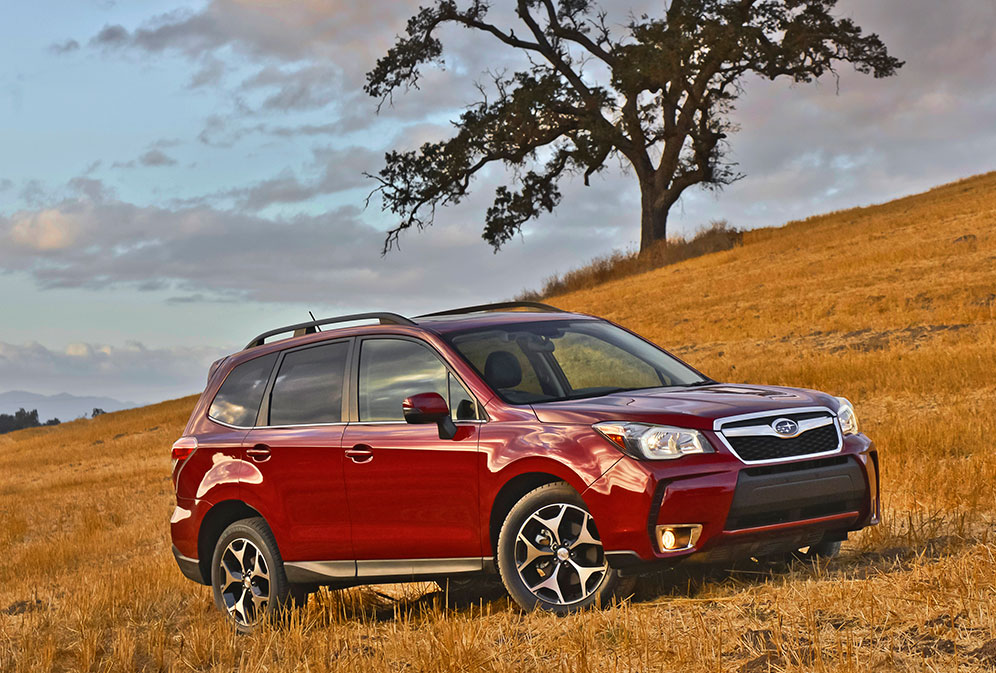 If you need help deciding among the safest cars for teens, consider things like fuel efficiency and the cost of car insurance, which can be a big deal with new drivers. NerdWallet’s car insurance rate tool can help.

NerdWallet ran insurance quotes for 500 ZIP codes across the U.S. to determine the cost of insurance for teens and parents, together and separately. For teens, we averaged car insurance quotes for males and females ages 16-18, and licensed at 16. For parents, we averaged car insurance quotes for a man and a woman, age 45. We ran rates for a 2012 Toyota Camry and 2012 Ford Escape and assumed 10,000 miles driven per year. All drivers were quoted liability coverage limits of $100,000 per person, $300,000 per incident and $100,000 in property damage (commonly referred to as 100/300/100). We also included comprehensive and collision coverage on the vehicles. We added uninsured motorist and personal injury protection if required by the state. We averaged the four lowest quotes available to all shoppers to remove outliers and mimic consumer behavior.