Grace Hopper Conference (GHC) is the world’s largest celebration for women in technology. The event is hosted by AnitaB.org annually to honor Grace Hopper for being a pioneer in the field of technology and for encouraging women to pursue technical roles. The conference is held in the fall, usually in September/October, but for a smaller company like NerdWallet, planning starts much earlier than that.

In April, there was a kickoff meeting with the VP of Engineering to figure out budget for Nerds to attend GHC. After a brief application period, we landed on a group of five Nerds to attend the conference and represent NerdWallet Engineering.

Before we knew it, July 11th came around and it was time to purchase the conference tickets. From last year’s experience, we knew tickets would sell out within minutes of being released. So we were prepared this time – we gathered in a conference room with our laptops just before 9AM and each opened multiple browsers on our laptops. Just like buying a Beyonce ticket, we had to constantly refresh our browsers to even get into a purchase queue. By the end of it, we barely made it out with 5 tickets (the perfect number!) and went on to book our flights and hotel rooms. Overall the process of booking everything took about 3 hours. 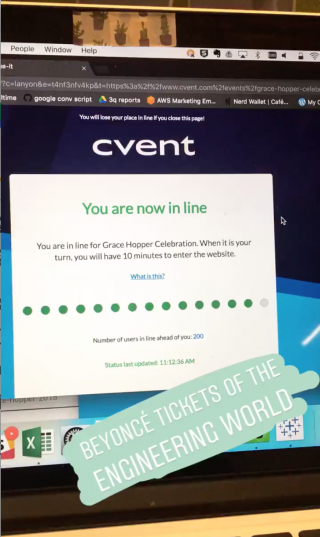 The 5 of us arrived in Houston around noon on Tuesday September 25 (the day before the conference). We stayed at the Hilton Americas-Houston Hotel because it was located right next to the George R Brown Convention Center where the conference was hosted. Below is the view of the convention center from our hotel room window.

Upon arriving at the hotel, we checked in, dropped our bags off in our rooms, and went to pick up our registration packets. The registration packets contained our badges, which were needed to enter all sessions and expos. It’s important to pick these up earlier rather than later to avoid long lines and to make it to the sessions in time! 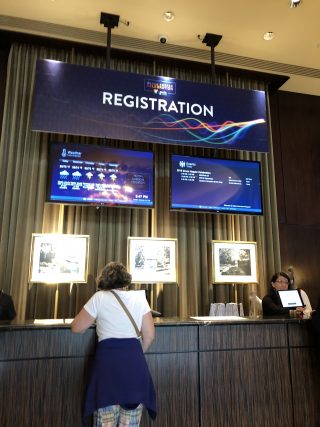 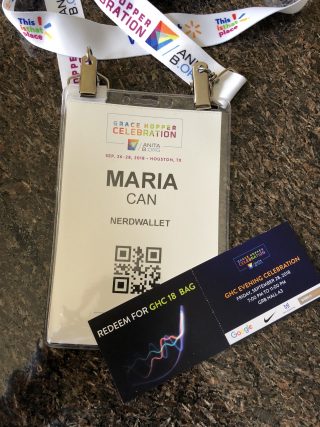 Once we were settled in, we left our hotel and explored downtown Houston a bit, walking from main street to the Buffalo Bayou before heading to dinner. We slept quite early that night, despite our internal clocks being two hours behind, but were happy we arrived early enough to give us time to settle in and get ready before the 9am keynote the next morning. 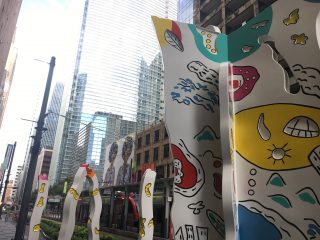 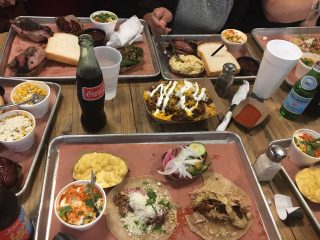 The keynote was a great way to preface the sessions as most of the featured speakers were based off the keynote highlights.

After the keynote, we all split up to attend our chosen sessions. Prior to the conference, the GHC app was launched, allowing attendees to register for sessions ahead of time. Attending the sessions was reminiscent of going to class in college. We all had set up schedules for ourselves, with about four to five sessions planned each day.

All of the sessions had a separate line for stand-bys. It was important to be at the sessions at least 10 minutes before the start time otherwise your spot would be given up. Featured sessions were almost impossible to attend without pre-registering because they were so popular. Getting from one session to another sometimes took 15 minutes so we made sure to leave enough of a gap when scheduling.

In between sessions we would try to meet for a quick bite, explore the expo, or rest at the hotel since it was next door. After our last sessions, we would reconvene to share takeaways or get ready to attend a networking event. 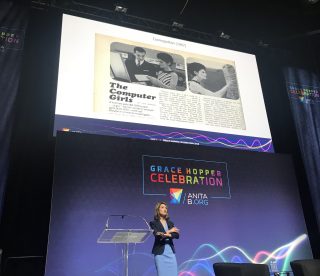 The sessions typically wrapped up early evening but the networking never stopped! With ~20K Grace Hopper attendees, it was like all of Houston was invaded by female engineers, and it was awesome. We each ran into at least one other woman from outside our NerdWallet network.

Even at our hotel swimming pool, we found fellow GHC attendees from various countries, companies and universities that we shared some connection with. Our third night, we attended a Google networking event where we met two PMs from the bay area and they shared their experiences working at various companies in the valley. We even bumped into two former NerdWallet summer interns! 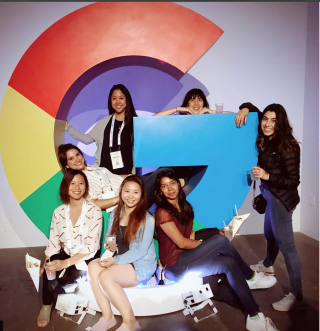 One the last day, the five of us ordered food and grouped together in the hotel room to document the talks we individually attended. We shortlisted talks on Diversity and Inclusion, Career, and Technical topics which we found valuable and worth sharing with our fellow Nerds over the next few weeks.