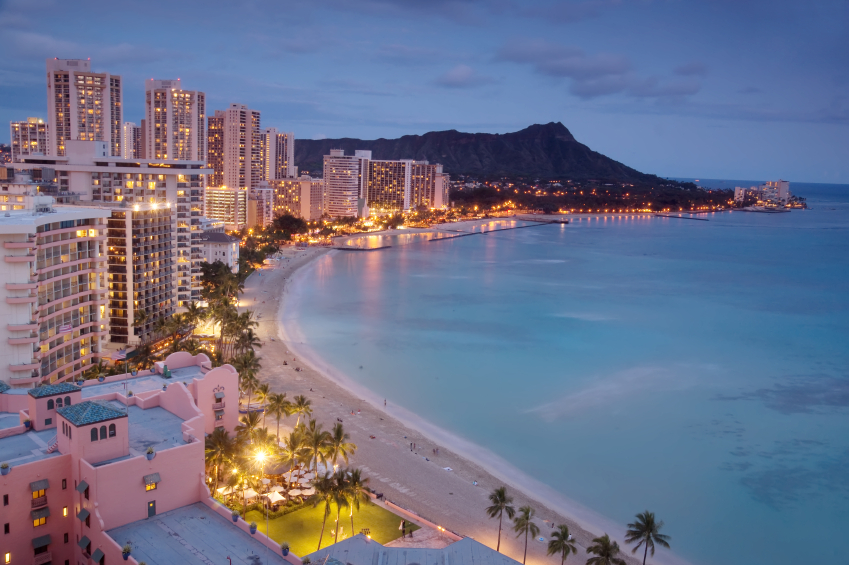 Hawaii has a large and growing problem with drunken driving. In 2012, authorities in Hawaii made 7,346 arrests for driving under the influence of alcohol, up 17% from 2006. Nearly 3% of Hawaiian adults surveyed said they had driven after drinking too much in the past 30 days, well above the national average of 1.9%, according to the Centers for Disease Control and Prevention. And for drivers who get a DUI in Hawaii, the ticket itself ins’t the only financial penalty.

Drivers in Hawaii caught driving under the influence face other steep financial consequences, including criminal charges, attorney fees, a likely fine and driver’s license suspension. But one of the biggest financial impacts of a DUI is the sharp increase in the cost of Hawaii car insurance, which can last for years.

On average, first-time offenders convicted of DUI in Hawaii can expect to see their car insurance premiums rise 76.6% to $1,765.80 a year, up from the statewide average of $999.85, according to a NerdWallet study.

Typically, the higher premium will be in place three years, although the period can range from 35 months to five years. In addition, first-time offenders caught with a blood alcohol content (BAC) of 0.08% or more can expect to pay a fine of $150 to $1,000, depending on location of the citation.

Least expensive island: Maui. The true cost of a DUI in Maui, the least expensive place, ranges from $2,961.25 to $4,131.25 on average, including fines and increased auto insurance premiums.

Search for insurance. Finding a carrier that has the shortest period of increases could lower total insurance costs. A DUI-related insurance increase can vary from 35 months to five years, depending on the carrier.

What are the costs associated with a DUI in Hawaii?

To calculate the “true cost” of a DUI conviction in Hawaii we looked at three costs:

Insurance premium increases. Annual insurance premiums can increase dramatically after a DUI citation. The actual amount depends on location and driver, but on average, drivers can expect to pay $765.95 more on car insurance each year.

Our study doesn’t take into account other costs associated with a DUI arrest, including legal fees and time lost from work.

How can you minimize insurance costs after getting a DUI?

After getting a DUI, insurance carriers may raise car insurance rates or drop your coverage. If you’re not dropped, it may be a good time to shop for a new carrier. Insurance companies give different weighting to infractions like DUIs, so your current carrier may not be the cheapest.

Consider getting quotes from other insurance providers. Hawaii requires drivers convicted of DUIs to file SR-22 paperwork certifying that they have liability coverage, typically for three years after the conviction. In addition, convicted drivers should be sure to ask about discounts — including those for vehicle safety features and bundling policies — which may be available.

On the map below, click on an icon to see more details about the cost of a DUI conviction in each place.

Drivers on the island of Hawaii — in cities like Hilo — can expect insurance increases almost as high as those in Oahu if they are convicted of a DUI. On average, drivers on the Big Island pay $1,075.33 a year for car insurance, but after a DUI the average premium goes up to $1,881.57, an increase of $806.24. After three years of insurance increases, this adds up to $2,418.72.

Similar to drivers elsewhere in Hawaii, drivers on Kauai will experience a wide range of costs after a DUI. Drivers typically pay $857.58 a year for car insurance on Kauai. For those caught driving drunk, the insurance premium is likely to increase $686.84 to $1,544.42 a year, an increase of 80.1%. That is the second-highest percentage increase among the main islands. After three years of higher premiums, Kauai drivers will have spent $2,060.52 more on car insurance.

True cost of a DUI in Hawaii after insurance increases

To calculate the true cost of a first-time DUI conviction, we accounted for the minimum and maximum fines mandated by Hawaii’s courts, ignition interlock fees and three years of insurance premium increases.

Actual DUI-related costs will vary from driver to driver.

Estimated insurance costs are for illustrative purposes only. The actual insurance increases you face will vary depending on your insurance carrier, your location and other factors.