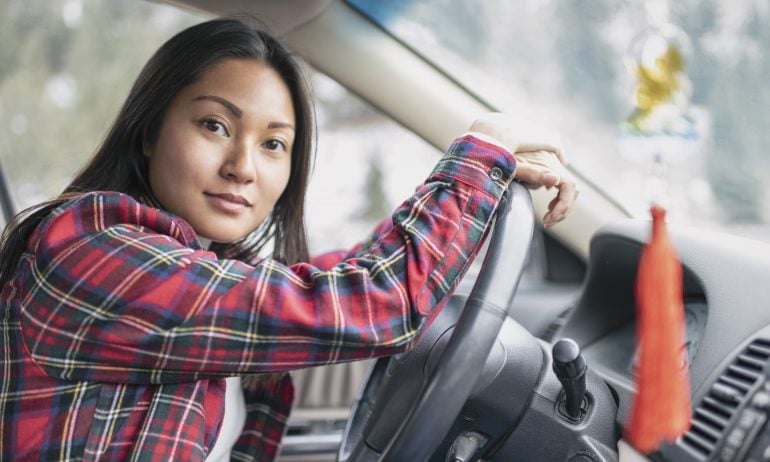 Finding the cheapest car insurance for a teen driver can be difficult. Since teenagers are inexperienced drivers, they’re considered very risky to insure, and policies can cost thousands of dollars a year.

It’s usually a lot cheaper to add a teen driver to an adult’s auto insurance policy than it is to purchase a separate policy. And the best way to find the cheapest coverage is to shop around and get quotes from multiple companies.

While it may not always make sense for a teen driver to purchase a stand-alone policy, looking at those rates can give you a sense of how much car insurance costs for teen drivers and how much prices vary. With this in mind, NerdWallet checked car insurance rate estimates from the largest auto insurers in all 50 states, plus Washington, D.C. We analyzed rates for hypothetical male and female teenagers driving a 2017 Toyota Camry LE with no tickets or traffic violations.

While it’s cheaper for a teen to stay on a parent’s or guardian’s policy, in our analysis, these numbers can provide a benchmark for car insurance costs.

How much is car insurance for teen drivers?

Mile for mile, teen drivers get into car crashes four times as often as drivers 20 and older, according to the Insurance Institute for Highway Safety. Further, car accidents are the leading cause of death for teenagers in the U.S., according to the Centers for Disease Control and Prevention.

That all translates to higher insurance costs for teens, but how much depends on the state where the teen lives, gender and age, and whether the teen is the primary policyholder, among other factors. Our analysis shows that a newly licensed 16-year-old driver can pay an average of 44% more for full coverage than a more seasoned 19-year-old driver.

While the cost of car insurance for teen drivers varies widely by state, here are the average annual prices we found for both full and minimum coverage, by age:

Full coverage insurance policies in our analyses include comprehensive and collision coverage, as well as uninsured/underinsured motorist protection and increased liability limits. Minimum coverage policies include state-mandated coverage only.

To determine the cheapest insurers for teen drivers, we first looked at large companies that are available in almost every state.

The five largest auto insurance companies in the country are Allstate, Geico, Progressive, State Farm and USAA. However, USAA insures active military members, veterans and their families only.

Below we’ve ranked the largest companies, excluding USAA, from cheapest to most expensive based on average annual prices for both full and minimum coverage.

Coming from a large company doesn’t make an insurance policy better — local and regional insurers often have the cheapest rates in those areas. Before choosing a car insurance company, make sure to shop around for quotes to find the cheapest insurer in your state.

» MORE: Allstate, Geico, Progressive or State Farm: Which one is best for you?

Use the map to see the cheapest car insurance company for teen drivers based on average annual full coverage rates.

Sixteen-year-old drivers are the most expensive to insure because they are minimally experienced.

Hawaii is the cheapest state for both full and minimum annual coverage policies for 16-year-olds because the state doesn’t allow the use of age to price car insurance. The average full coverage rate in the state is between $1,000 and $1,100 for a driver of any age.

Meanwhile, Louisiana is the most expensive state for annual full coverage policies for teenagers. Average full coverage rates for a stand-alone policy are over $11,500 per year. If you’re a 16-year-old driver in Louisiana, it’s highly recommended that you try to get on an adult’s auto insurance policy to take advantage of multidriver and other discounts.

See how your state stacks up for full and minimum coverage rates for 16-year-old drivers.

See how your state stacks up for full and minimum coverage average rates for 17-year-old drivers.

See how your state stacks up for full and minimum coverage average rates for 18-year-old drivers.

Nineteen-year-old drivers are the cheapest teenagers to insure because they typically have been licensed longer and have more experience on the road. The average annual national rate for a full coverage policy for a 19-year-old is about $3,717. A 12-month, minimum-coverage policy averages to about $1,451.

Besides Hawaii, the cheapest state for a 19-year-old driver is North Carolina, which averages $1,490 annually for full coverage and slightly under $550 annually for minimum coverage. Meanwhile, Louisiana has the most expensive full coverage average — over $6,240 per year. Michigan has the most expensive minimum coverage policy for an 18-year-old, averaging about $2,890 a year.

See how your state stacks up for average full and minimum coverage rates for 19-year-old drivers.

Why is car insurance for young men so expensive?

Young women can pay a lot for car insurance, but in general, young men see some of the highest auto insurance rates among people with clean driving records. In part, that’s because they are inexperienced and don’t have a driving record for insurers to use to set rates.

When insurance companies can’t reference a driving record to determine how likely you are to file a claim, they rely on statistics to gauge risk and set prices. A newly licensed teenager receives high insurance quotes because his peers file a lot of claims, more expensive claims or both.

Male teenagers cause crashes at higher rates than any other group. Teens ages 16 to 19 cause nearly three times as many fatal accidents as adults 20 and over, according to data from the Insurance Institute for Highway Safety. Teenage boys caused roughly two-thirds of those crashes in recent years, down from 75% in 1975, the data shows.

In addition to the risk that they will crash, teens typically lack a credit history, are unmarried and haven’t completed as much education — all of which can increase car insurance rates.

See below for how the top five auto insurance companies stack up for female and male teen drivers, for both full and minimum coverage policies.

How teens can save on car insurance

If you’re a teen driver, the best way to save on car insurance is to get on a parent’s or guardian’s insurance policy. If that isn’t an option for you, start by shopping around for multiple car insurance quotes to find the cheapest rate.

When shopping for car insurance, be on the lookout for possible discounts, including:

Methodology
NerdWallet averaged insurance estimates from the largest insurers in all 50 states and Washington, D.C., for single male and female drivers with good credit and no tickets or violations. For full coverage policies, we used the following coverage limits:

These are rates generated through Quadrant Information Services. Your own rates will be different.