You’re probably working hard, and you’re probably still struggling to pay the bills. U.S. workers put in more hours in 2016 than the average among countries in the Organization for Economic Cooperation and Development. Yet overall financial security in the U.S. declined across most age groups between 2000 and 2014, according to Stanford University’s Center on Longevity.

Figuring out whether your skills, experience and contributions to the company should net you a raise is tricky. Just because you feel underpaid doesn’t mean you are — but it’s worth finding out.

Here’s how to do the research, talk to the right people and build a case to get the salary you deserve.

The internet is a repository not only for live concert videos of bands that broke up before you were born, but also, thankfully, for wage data. Use a mix of websites to research the market rate for your position. Look specifically in your geographic area, since differences in cost of living have a major impact on salaries throughout the country. Glassdoor’s Know Your Worth tool and Salary.com’s Salary Wizard can both help.

Also, talk to former professors or your college’s career development department. They may be in touch with employers who are hiring or alumni who have shared their salaries. Professional connections at other companies in your field are another solid resource, if you’re comfortable talking to them about money — and potentially sharing your own current salary if asked.

You can say, “I’m working to understand what an appropriate salary would be for someone with my experience. Based on what you know, what’s the range for what I should expect to earn?”

The next step is to find out how your company approaches compensation. First, ask a senior colleague what you should be earning at your level. Sallie Krawcheck, CEO and co-founder of investing company Ellevest, says that’s what she did when she worked on Wall Street. A formal or informal mentor who has a stake in your success is the best option.

“It takes away that sense of competition that you can have when sharing this type of information with someone who’s your peer,” she says.

The conversation should be part of an overall discussion about your career development. Ask the colleague what he or she did to move up, what worked well and what mistakes were made, Krawcheck says.

Finally, if you feel you have sufficient data to approach your manager or human resources representative, ask about the salary ranges for your position and experience level. Couch the discussion in the expectations for each level: What would it take to move into a higher pay band? What can you do to get a promotion, not only in pay but in level of responsibility?

If you don’t feel like you were able to get satisfactory answers from your mentor or manager about compensation at the company, you may want to seek out peers to talk to. But use caution. Not only is talking money a taboo among many workers, but your company might not be pleased you’re asking around.

“Right now, for a lot of employees out there, especially at a private-sector workplace where there is no union, it is a very risky behavior,” says Jake Rosenfeld, associate professor of sociology at Washington University in St. Louis. Many companies have policies that prohibit or discourage discussions about pay among employees, even though those policies are illegal, Rosenfeld says.

Still, discussing pay with peers could be especially worthwhile if you’re a woman or racial or ethnic minority concerned about systemic pay discrimination at your workplace, Rosenfeld says. The wage gap is real: Women working full-time earned 80.5% of what men did in 2016, according to the U.S. Census Bureau. If you’re willing to take the risk, ask peers you trust, outside of work, how much they’re earning and what rationale managers gave for their raises. Bring that information to HR if it’s seriously out of line with your own earnings. You’re worth it. 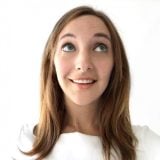