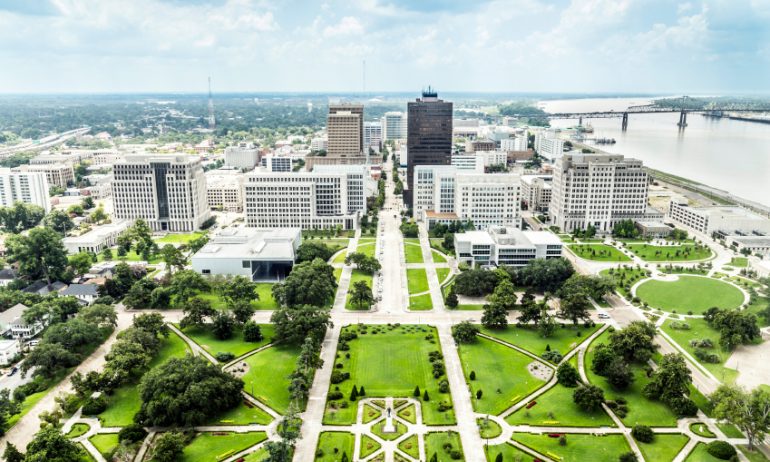 Whether it’s the Cajun food, music festivals or love of football, there are many reasons why tourists told TripAdvisor that New Orleans is a favorite U.S. destination. But Louisiana, a state that stands out for its rich history and culture, faces a challenge when it comes to education.

Like students in neighboring Mississippi, those in Louisiana perform below the national average. According to the Nation’s Report Card, Louisiana’s fourth- and eighth-grade students scored lower than the U.S. average in math and reading in 2013.

Families looking to move to areas of Louisiana with high-performing school districts will find that real estate there is usually more expensive. Districts such as West Feliciana, St. Tammany and Zachary received the highest performance grade of “A” by the Louisiana Department of Education in 2013, but they also saw median home values of over $190,000 that same year (the latest for which data is available) in a state where NerdWallet found a median home value of $96,800.

Our analysis of education and housing data in the Bayou State did find some hidden gems like the Vernon Parish school district, which was also awarded an “A” by the state and where the median home value is $90,800.

By examining data on the academic performance of students in Louisiana’s school districts compared with local home values, NerdWallet found the places that provide a quality education for about the cost of a median-priced home in the state.

Best school districts for your buck in Louisiana

With the highest graduation rate and the highest average score on the ACT college readiness test on our top 10 list, the Vermilion district, which is 175 miles west of New Orleans, grabbed the No. 1 spot in our analysis. The median home value of $96,400 in this district is $400 less than the state median, making it a school system that gives homebuyers the most for their money.

West Carroll schools are the second-most affordable school district in our top 10, with a median home value of $68,500. The graduation rate here was 73.6% with 58% of students going on to college. The ACT average of 20.4 (on a scale from a low of 1 to a perfect score of 36) was the third highest in our top 10.

This district, between Lake Charles and Lafayette, has much to offer. The graduation rate of 85.7% ranks ninth in the state, but quality varies among the district’s high schools. Hathaway and Lacassine high schools were given top marks at GreatSchools.org.

Although the median home value of $112,900 for the school system in Cameron Parish is higher than the state median of $96,800, this district is the only one in our top 10 to receive a rating of 9 out of 10 at GreatSchools.org. In our rankings, Cameron did well with its graduation rate of 88.8% and the percentage of students going on to higher education, at 62%. This school system — on the Gulf of Mexico in one of the largest and least-populated parishes in the state — has the lowest student-to-teacher ratio on our list of 68 districts at just over 9 to 1.

Students attending the Allen Parish School District demonstrate success with a graduation rate of 85.1% and an ACT average of 20.2. The district has six high schools, with Fairview receiving an 8 out of 10 at GreatSchools.

In our analysis, the Vernon Parish district ranked in the top 20 statewide with its graduation rate of 81.9% and average ACT score of 20.2. The district’s commitment to students is shown by the high scores across schools in the mandatory state End-of-Course tests.

This district is the most affordable school district in our top 10, with a median home value of $58,100. Bienville has a student-teacher ratio of 11.3 to 1, which is the second lowest in the top 10. The district saw a graduation rate of 79.2%, with 61% of graduates going on to higher education.

The Sabine Parish school system ranked above the state average with its average ACT score of 20 and the percentage of students who scored “good” or “excellent” on the state’s End-of-Course tests. However, the district’s ranking on our list was hurt by the proportion of students, 46%, who went on to higher education. Sabine Parish schools made the news in 2014 when the ACLU sued the district on behalf of a sixth-grade Buddhist student whose parents said was harassed in a school where they contended officials pushed Christianity. The lawsuit was settled two months later with an agreement filed in federal court that listed prohibited practices by the school district and required staff training.

In our analysis, this district was No. 10 in the state for the percentage of students scoring “good” or “excellent” on the state’s End-of-Course tests. But students in this district struggled in terms of graduation rate at 66.7%, the lowest in our top 10 list, with 60% of those graduates going on to higher education.

Best school districts for your buck in Louisiana

Scroll horizontally to see all categories.

We examined 68 unified school districts in Louisiana; Tensas Parish schools weren’t included in this analysis because of missing data. Our methodology took into account:

College readiness. We equally weighted graduation rates and college enrollment rates — which included two- and four-year institutions — for 2012-13 from the Louisiana Department of Education. This is 25% of our score.

Test scores. We equally weighted ACT averages and the percentage of high school students in the class of 2012-13 scoring “good” or “excellent” on the End-of-Course tests in all subjects from the Louisiana Department of Education. This is 40% of our score.

Number of students per school staffers. The data, from the Louisiana Department of Education, includes full-time teachers and full-time equivalent educators for 5% of the score.

Home costs. We equally weighted the 2013 median home value and selected monthly owner costs — including property tax, mortgage payments and utilities — for every school district. Data are from the 2013 U.S. Census Bureau’s American Community Survey and represent 30% of our score.