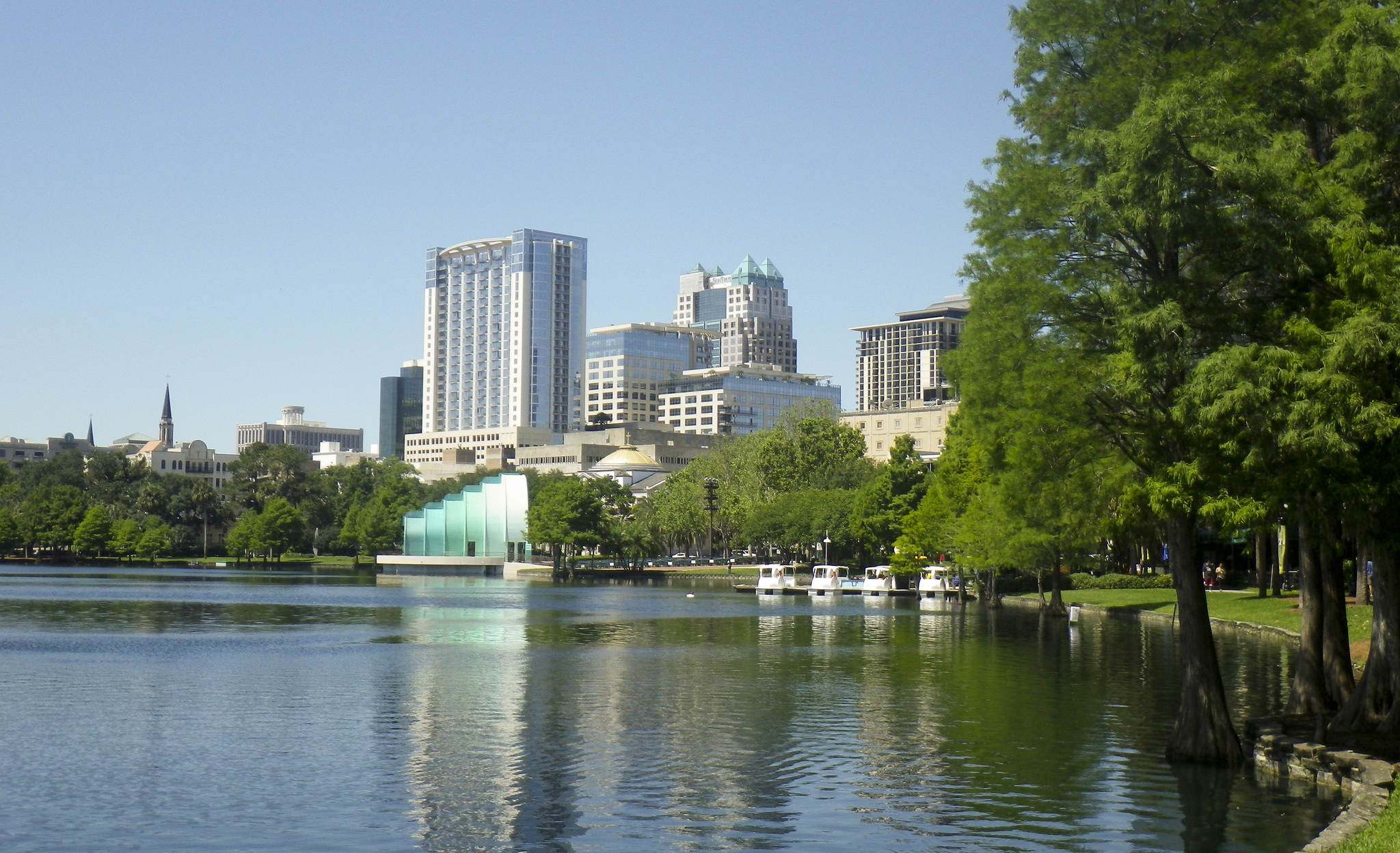 Florida has returned swinging as it steadily recovers from the Great Recession that saw the collapse of its real estate market and heavy job losses. The Sunshine State added 218,800 jobs from May 2013 to May 2014, the third-biggest job increase in the nation last year, according to the Bureau of Labor Statistics. As well, economists expect construction job growth to continue gaining momentum, reaching upward of 10% by 2017.

Although Florida is known for tourism, Gov. Rick Scott has implemented policies to support the business community and other industries that run the gamut from life sciences, aviation and aerospace to manufacturing and financial services.

Along with this pro-business environment, Florida has a variety of transportation options — including 19 commercial airports, 15 ports and 3,000 miles of rail — that help position the state as a global hub for trade and commerce. Since 2011, statewide unemployment has fallen from 11.9% to 7%, and according to Kiplinger, the rate is expected to drop to 6.7% by the end of this year.

The top places on our list are spread around the state and include promising unincorporated regions and popular waterfront tourist spots.

NerdWallet crunched the numbers for 147 cities, towns and census-designated places in Florida to find the cities with more than 20,000 residents experiencing growth in jobs, income and population.

2. Employment growth. We evaluated growth in the percentage of employed residents from 2009 to 2012 relative to statewide employment growth over the same period.

3. Income growth. We calculated growth in the median income for full-time, year-round workers from 2009 to 2012.

To view the full ranking of all 147 cities, towns and other areas, click here.

Top 10 Cities on the Rise in Florida

Pine Hills, a census-designated place just west of Orlando, is one of Orange County’s oldest and largest neighborhoods. Rich in cultural and ethnic diversity, this area from 2009 to 2012 saw a whopping 62.5% growth in its working-age population, the highest percentage increase in our top 10. This area that once battled crime and had a neglected infrastructure has since focused on revitalizing its neighborhoods and commercial areas. Residents here also saw a 3.9% increase in employment, and a 9.2% increase in median income from 2009 to 2012. In December 2011, the board of county commissioners created the Pine Hills Neighborhood Improvement District to drive efforts to redevelop and promote new business and entrepreneurial opportunities. Now, local leaders and residents are working to transform the Silver Star and North Pine Hills crossroads into a dynamic town center.

Parkland, an affluent city in Broward County, gets its moniker for the lush park-like structure of the city, which boasts nine parks and recreation facilities. Quiet, family-oriented and communal, the city saw a 9.4% growth in population with a steady 9.7% climb in employment compared to the rest of the state. As well, there was a 14.7% increase in median income from 2009 to 2012. Avid equestrians find kindred spirits at the Parkland Horseman’s Association and the many horse shows it hosts throughout the year that attract participants from all over the state.

West Little River, a census-designated place in Miami-Dade County, saw the median income for full-time, nonseasonal workers increase 25.9% from 2009 to 2012. This community borders Miami Dade College, a state-supported college with seven campuses that is the largest institution for higher education in the nation. About 9 out of 10 Miami Dade College students stay in the region and contribute to the local economy after graduation.

The picturesque waterfront city, known for its lively downtown art scene, is in the heart of Pinellas County. The area is also one of the few waterfront communities from Sarasota to Cedar Key with an unobstructed view of the skyline. Residents in this city saw an increase of 13.1% in employment relative to statewide growth, and a spike of 8.6% in median income from 2009 to 2012. The city is home to Honeymoon Island State Park, where visitors and residents enjoy clear waters and soft sands.

Doral, a unique hub of industry and suburbia, is located in Miami-Dade County near the Miami International Airport. This prime location allows the city to not only be seen as a popular destination for businesses, particularly in the import and export sector, but it also serves as a tourist hot spot with attractions such as the Trump National Doral Golf Club. The working-age population jumped 59.3% in this diverse South Florida city from 2009 to 2012. Big corporations such as Carnival Corp., parent company of Carnival Cruise Lines, and restaurateur Benihana Inc. have headquarters in the city.

Recently named the “Best Place to Watch a Sunset” in a USA Today poll, this city on the Gulf of Mexico is a top year-round destination for those looking for a coastal getaway in Pinellas County. Residents here have ample job opportunities and saw a 22.1% increase in median income from 2009 to 2012. Pinellas County has one of the healthiest economies in the state, with an unemployment rate below 4%, according to Clearwater’s Regional Chamber of Commerce. The biggest employers in the region, such as the Home Shopping Network, Times Publishing Corp. and Nielsen Media Research, foster a highly-skilled and diverse workforce.

The town of Cutler Bay, which was incorporated in 2005, is the youngest municipality in the state. Despite being relatively green, this South Florida community experienced strong growth of 48.7% in its population from 2009 to 2012, and a 6.1% increase in employment in that same period. Green is a trend Cutler Bay hopes to continue with Mayor Edward MacDougall’s “Go Green Initiative” that promotes environmental accountability and awareness in the community. The town is working toward a “Green City” designation from the Florida Green Building Coalition.

Pembroke Pines, one of the largest cities in Broward County, is nestled between Miami-Dade and Palm Beach counties. The working-age population grew 9.2% while the median income increased 11.4% from 2009 to 2012. Pembroke Pines offers many unique art and cultural programs at venues for professional and amateur artists at Fletcher Art & Culture Center and Studio 18. In response to the state’s burgeoning life sciences sector, Pembroke Pines and other cities have worked to show a commitment to a seamless transition for companies, such as Stemtech International, that move to the area.

The community, which calls itself the Butterfly Capital of the World, is located centrally in the tri-county area of Broward, Miami-Dade and Palm Beach counties. Coconut Creek works to balance support for the business community with sustainable green spaces. Employment growth relative to statewide growth from 2009 and 2012 increased 7.1%, and median income rose 11.4% during that same time. More opportunities are planned for the future as the city focuses on its Mainstreet Project, which will contain over 250 acres of LEED-certified businesses, housing, parks and trails.

Keystone, a census-designated place in rapidly expanding Hillsborough County, saw an 18.6% increase in population along with a 10.4% jump in median income from 2009 to 2012. The stable local economy is home to various industries, including corporate headquarters, financial and shared services, manufacturing and defense security. Keystone is not only a strong incubator for local and international commerce, it was also NerdWallet’s No. 2 pick of the best cities for homeownership in Florida.

Check out this interactive map for our top 10 cities in Florida. Click on each icon to see the city’s overall growth score.

Cities on the Rise in Florida – Full Ranking