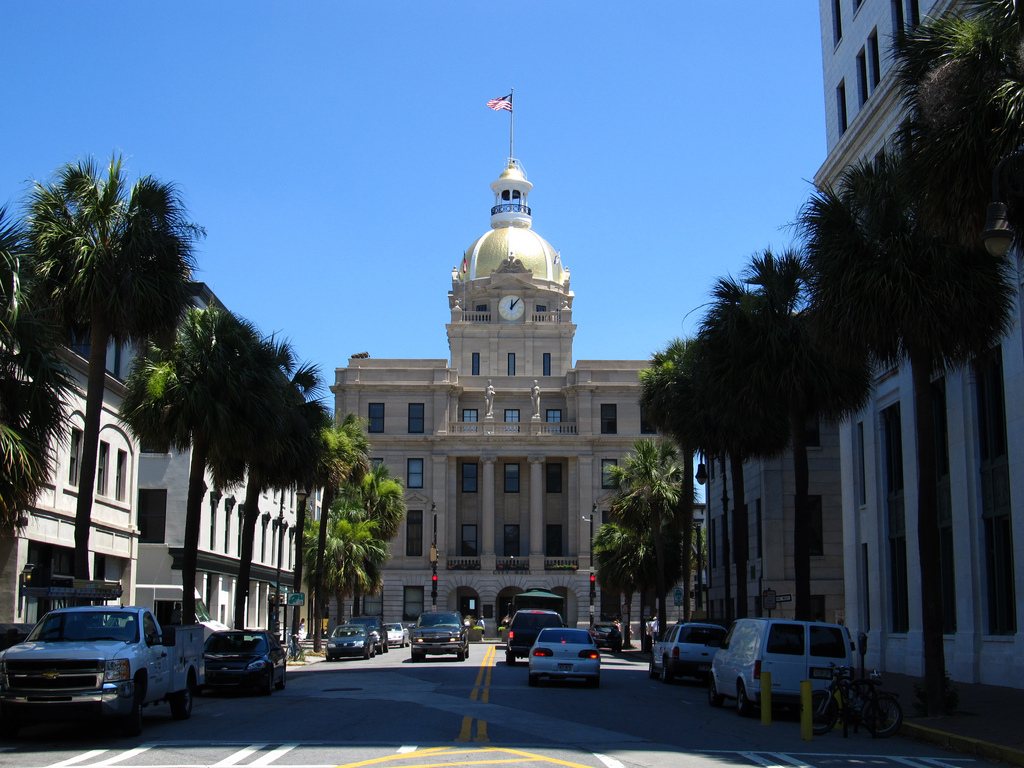 Georgia gained 76,400 jobs between April 2013 and April 2014, and the 7% unemployment rate, while higher than the national average of 6.3%, is trending downward, according to the Bureau of Labor Statistics.

Job opportunities across all economic sectors are increasing and more companies are relocating to the “Peach State,” according to analysts at Wells Fargo Securities, who are “relatively optimistic” about Georgia’s economic prospects for 2014. The state has recaptured 65% of the jobs lost during the recession, analysts found.

Georgia’s cities on rise include middle income and wealthy Atlanta suburbs and military towns. Here’s what all the cities had in common:

NerdWallet crunched the numbers for all 37 Georgia cities with more than 20,000 residents to find the cities with the most growth in population, income and jobs. Our analysis examines the following growth metrics from U.S. Census data:


Top 10 Cities on the Rise in Georgia

This city’s 39.1% population growth earned it the top spot on our list. The working-age population, ages 16-64, of this city located north of Atlanta clocked in at 59,122 residents in 2012, and planners expect the city to keep growing. For the future, Johns Creek is focused on sustainable development to preserve the city’s rural roots and prioritize open spaces.

Residents in this southern Georgia city saw the median income for full-time workers grow 17.3% from 2009 to 2012 to $36,252, the state’s highest percentage increase in income. Hinesville is south of Savannah and next to Fort Stewart, the largest Army base east of the Mississippi River. More residents work for the government, including the military, than any other economic sector, according to the Georgia Department of Labor.

This city in the middle of the state is anchored by Robins Air Force Base. Between 2009 and 2012, the median income for full-time workers in Warner Robins increased 10.6%, and its population saw a 14.5% rise. Like Hinesville, a large portion, 30.4%, of residents work for the government, according to census data.

Carrollton residents saw the state’s second-highest percentage increase in median income for full-time workers, growing 17% to $41,248 in 2012. Located about an hour west of Atlanta, Carrollton sits in the foothills of the Appalachian Mountains, and is home to the University of West Georgia.

This unincorporated area of Cobb County, west of downtown Atlanta, made gains in income and population from 2009 to 2012. Mableton’s working-age population grew 10.4% to 29,507 residents, and the median income for full-time workers increased 12.6%, reaching $47,532 in 2012. Mableton’s Mable House features an amphitheater and arts center, where local residents can take classes and see art exhibits.

Boasting the second-highest percentage increase in population in the state, Martinez, a suburb north of Augusta, added nearly 7,500 residents from 2009 to 2012. The largest employment sectors in Martinez are education, health care and retail, according to census data.

This census-designated place, located within the city of Brookhaven, saw the median income for full-time workers rise 10.2% from 2009 to 2012, to reach $49,645. Just north of downtown Atlanta, this area is commutable to jobs throughout Atlanta’s metro region. Occupations in management, business, science and arts account for 42.1% of the area’s workforce, according to census data.

Located north of Brookhaven, the median income for full-time workers living in Sandy Springs increased 10.3%, reaching $54,754 in 2012, and the working-age population reached 77,686, a 16.6% increase during the three-year period from 2009 to 2012. To maintain its identity, Sandy Springs is building a walkable, mixed-use city center with municipal buildings, condominiums, small shops and restaurants.

Tucker residents, who live east of Sandy Springs, saw median income for full-time workers increase 10.2% to reach $50,152 in 2012. Nearly half, 47.2%, of the working-age residents of this census-designated place in DeKalb and Gwinnett counties work in management, business, science and arts occupations, according to census data.

In this city, about halfway between Atlanta and the Atlantic Ocean, residents saw the median income for full-time workers increase 10.1% to $35,624 in 2012. The city and county government cooperate to govern the area, which offers diverse employment options including military jobs at Fort Gordon, and faculty and support jobs at Georgia Regents University, which is located in town. The city’s working-age population grew 2.7% from 2009 to 2012.