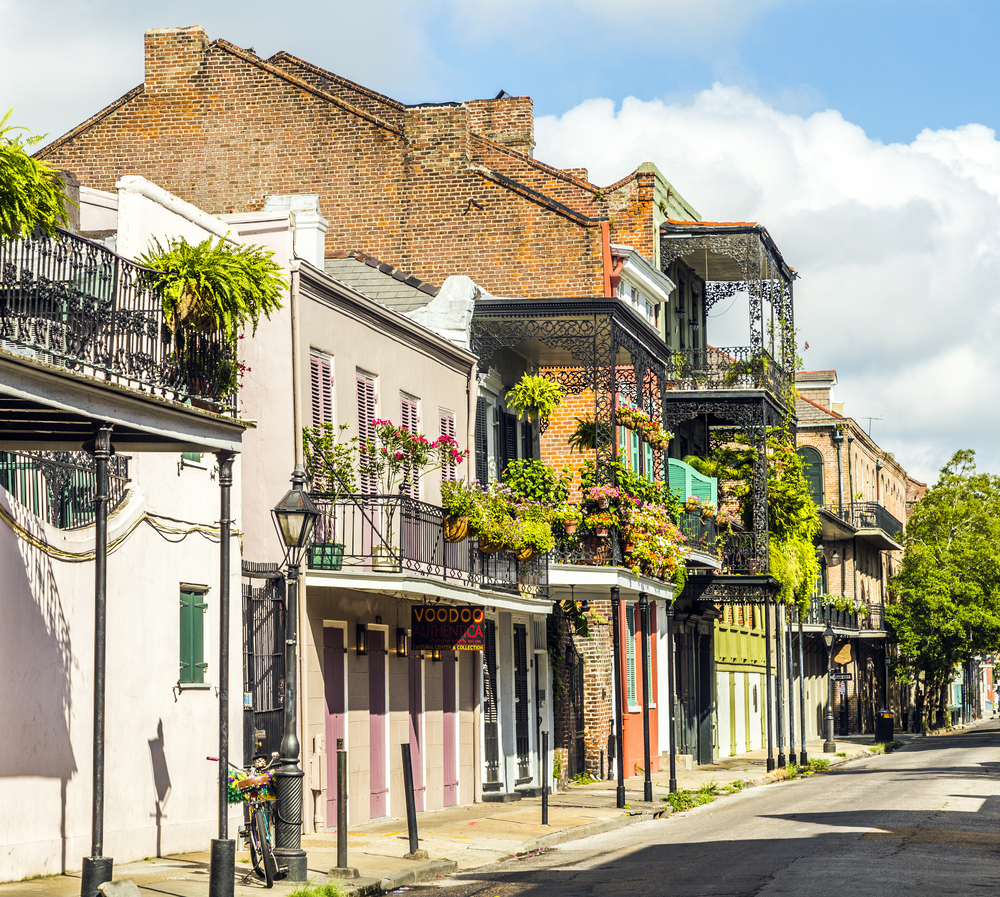 Louisiana is famous for its unique culture — jazz, Cajun food and, of course, Mardi Gras — that has spread the reputation of the Pelican state far and wide. However, there is an unsung hero in Louisiana: the economy.

Driven by gains in oil refining, tourism and even a budding film industry, Louisiana has quietly become the state with the highest employment in the Deep South, according to the latest U.S. data.

Louisiana’s location, natural resources and low corporate taxes have all helped foster business diversity in the state, where local industries include paper manufacturing, petrochemical production and the third-largest fishing industry in the nation.

But Louisiana’s large oil refining and exporting business took a major blow after Hurricane Katrina in 2005, and the recovery has been uneven across the state. NerdWallet analyzed the data to find the fastest growing economies in Louisiana. Here’s what we factored in our analysis:

In researching Louisiana, certain trends became apparent. Here’s what our top places had in common:

Industry is diversifying. While oil refining and petrochemical production remain the top industries in Louisiana, there is increasing development in the technology sector, especially in the health care industry.
Income is going up. The three-year income growth for our top 10 places averaged over 10% even though employment and income growth were moderate in the state.
Growth is spread out. Although some states have experienced growth concentrated in certain areas, Louisiana’s several large metro areas, including New Orleans, Baton Rouge and Shreveport, have all seen gains.

NerdWallet crunched the data for 55 cities and communities in Louisiana with populations of 10,000 or more. To see our full data set, click here.

1. Timberlane CDP
This census-designated place 7 miles outside New Orleans tops our list with its across-the-board growth. Residents in this community have benefited from Louisiana’s post-Katrina health care boom, with large-scale employment opportunities after the opening of Ochsner Health System in nearby Jefferson. Timberlane’s health care employment also gets a boost from the East Jefferson General Hospital and West Jefferson Medical Center.

2. Belle Chasse CDP
The ground is fertile in Belle Chasse. The census-designated place is the biggest in Plaquemines Parish, which is the largest orange and tomato producer in Louisiana. The bounty of resources continues offshore: the parish is one of the state’s largest seafood and crude oil producers. While strong agriculture and oil industries contribute to Belle Chasse’s low unemployment rate of 3.2%, the community’s state-high employment growth rate of 17.2% from 2009 to 2012 is likely linked to the relocation of new military personnel and operations at the Naval Air Station Joint Reserve Base New Orleans.

3. Abbeville
Louisiana’s unique culture is alive and well in Abbeville, the county seat of Vermilion Parish, which calls itself “the most Cajun place on Earth.” The parish is home to seafood processor Catfish Wholesale Inc. and oilfield contractors Acadian Contractors and Broussard Brothers. The city is working to maintain its cultural history with a downtown preservation project that is part of the statewide Louisiana Main Street revitalization program.

4. West Monroe
West Monroe and Monroe, its sister city, are the “twin cities” of northeast Louisiana. As leaders of the post-Katrina economic expansion in Ouachita Parish, the cities have grown on the strength of strong retail and health employment. The city boasted an 8.9% growth in employment from 2009 to 2012, and recently saw a $41.5 million investment in a paper mill upgrade for Graphic Packaging International. The city also is within commuting distance of the University of Louisiana at Monroe, Louisiana Tech and Grambling State University.

5. New Orleans
The economy is definitely on the rise in The Big Easy. New Orleans capitalized on new construction after Hurricane Katrina to support rapid growth in biomedical research and health care industries. The city’s 1,500-acre “BioDistrict,” which spans parts of downtown, was designed to position the city as a leader in bioscience employment over the next 20 years. The district will feature a $1.2 billion University Medical Center and a state-of-the-art Veterans Affairs Medical Hospital, both set to open in the next two years. The three-year, 3.9% growth in the working-age population is a confirmation of the city’s success in attracting younger residents.

6. Thibodaux
Thibodaux is a city that is growing through incentives to businesses. To attract a variety of companies to the area, the city offers a diverse set of tax exemptions and credits for businesses. Thibodaux has one of the highest working-age population increases on our list, at 4.1%, and in 2012, unemployment was just 3.1%. Local area employment has increased as oil and natural gas manufacturers K&B Industries added a $40 million investment at its customer-service facility in nearby Schriever.

7. Natchitoches
Natchitoches is an old city with new tricks. The city, established as the oldest permanent settlement in the Louisiana Purchase, is currently thriving, with growth in population, employment and income. As home to Northwestern State University, as well as the State University’s Computer Information Systems, Natchitoches has become a hub for technology industries. The city’s tech industry is bolstered by the Cyber Innovation Center in nearby Bossier City and the 60-acre Natchitoches Business Park.

8. Hammond
Hammond is not only growing, but it is also scaling. With a 4.5% increase in its working-age population from 2009 to 2012, the home of Southeastern Louisiana University claims the No. 1 growth rate in our top 10. To meet the needs for new infrastructure, city and parish officials created the Hammond Regional Commerce Center, which joins the 130-acre Industrial Park.

9. Gardere CDP
This census-designated place, part of East Baton Rouge Parish, made our list on the strength of its 4.3% employment growth, and the 15.9% growth in median income from 2009 to 2012. Baton Rouge is in the middle of diversifying from the traditional oil and chemical industries to software design, fabricated structure metals and advanced shared services. As industry in the parish expands, Gardere is likely to benefit, as it’s only 6 miles to Louisiana State University, and 10 miles to downtown Baton Rouge.

10. Chalmette CDP
With its location on the banks of the Mississippi River, and in the center of the Gulf of Mexico’s Coast region, the census-designated place of Chalmette is part of St. Bernard Parish’s port economy. The St. Bernard Port is a major economic driver, and the community capitalizes on its location at the mouth of the Mississippi, the largest shipping corridor in the world. The port is a major financial asset for the parish, and in 2012, a record 10 million tons of cargo were unloaded at the port’s facilities. As the port has grown, Chalmette has also benefited, and last year it welcomed a $14 million intermodal trucking and ISO tank cleaning facility to the Chalmette Terminal.

Check out our interactive map for “Cities on the Rise in Louisiana.” The darker the color of the point, the higher the growth rate of the working-age population. Click on data points for more information.

We evaluated 55 cities and communities in Louisiana with populations of 10,000 or more for this study.

Cities on the Rise in Louisiana (Full Rankings)