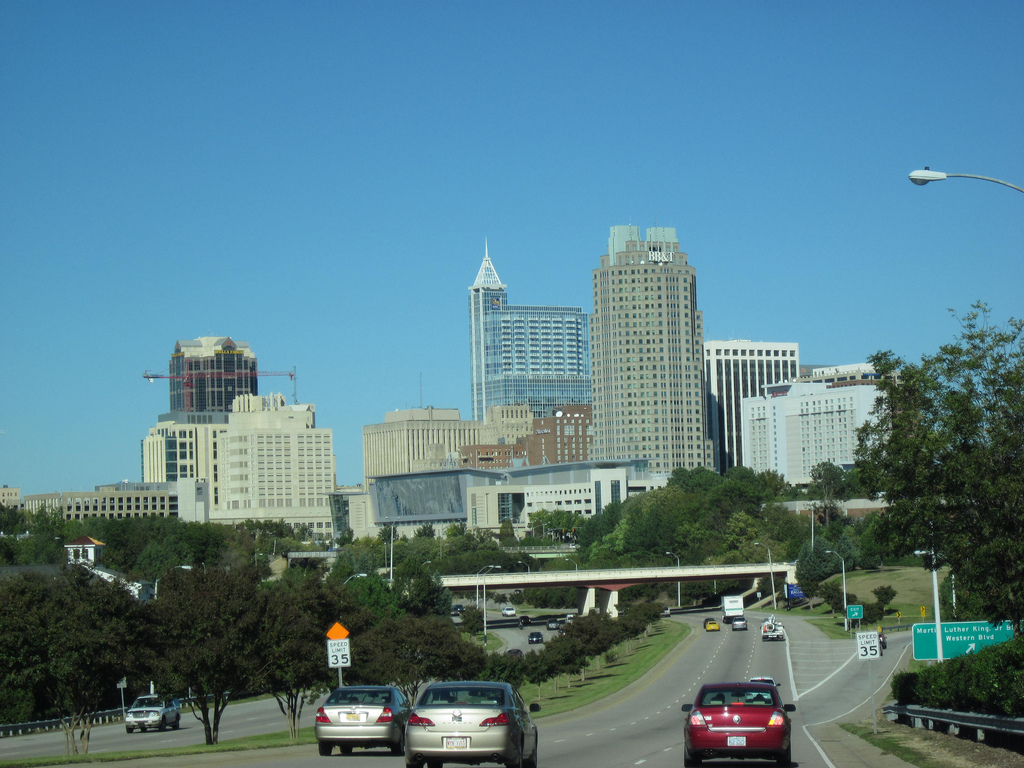 It’s no secret that North Carolina’s star is rising: the state added 19,400 jobs in March 2014, the second highest job gain in the nation, according to research from the Wells Fargo Securities Economics Group, and more people moved to the state than left it last year. State economists project that 2014 will bring growth to every job sector in the state, with 60,200 new jobs added to the economy by the end of the year.

Personal income rose 2.4% between 2012 and 2013, and it’s likely to keep growing, according to the U.S. Bureau of Economic Analysis. Unemployment continues to drop, with only 6.3% of residents out of work in March 2014. Economists predict the rate will hit 6% by the end of the year.

The cities on the rise in North Carolina show that growth is spread across the state, from cities with a strong military presence in the center of the state, to the fast-growing Research Triangle and the beaches on the Atlantic coast.

Mooresville, our top city on the rise, saw a whopping 56.5% population increase between 2009 and 2012. Income growth among the top 10 was highest in Chapel Hill and Jacksonville took the top spot in employment growth. For our full list of all 41 North Carolina cities and towns with more than 20,000 residents, scroll to the bottom of the report.

Our analysis examines the following variables to determine which areas are experiencing the fastest growth:

We evaluated all 41 cities and towns in North Carolina with more than 20,000 residents for this study.