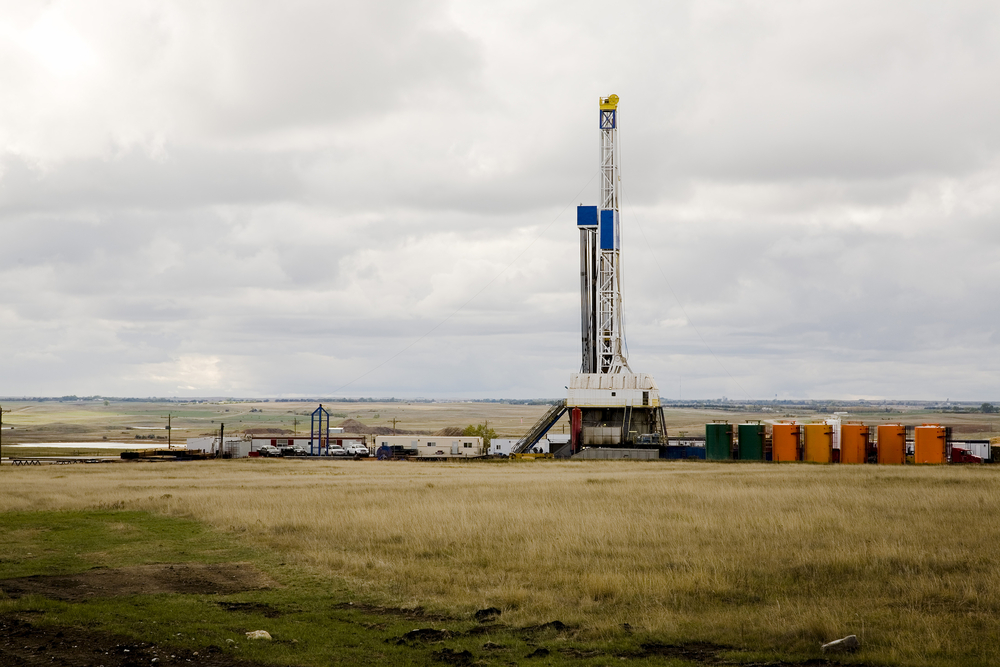 It has powered nations and started wars. And in North Dakota, oil has created the biggest economic boom the state has ever seen.

The shale oil boom in North Dakota, led by new drilling techniques in the Bakken formation, is not only topping national headlines, but also economic growth rates. The state previously best known for its Badlands is now the second-biggest producer of crude oil in the U.S., and it also leads the nation with a 2.8% unemployment rate. Oil production has jumped 177% since 2010, and that surge has been accompanied by a 7.6% growth in population.

In what’s being called a “black gold rush,” workers are flocking to the state and hoping to get a piece of the high wages accompanying the boom. NerdWallet looked at the data to find the cities in North Dakota that are growing the most. Our analysis of cities “on the rise” takes into account three factors:

In analyzing North Dakota, certain trends became apparent. Here’s what our top cities had in common:

NerdWallet crunched the data for 24 communities in North Dakota with populations of 2,000 or more. To see the full data set, click here.

1. Watford
The city of Watford is the seat of McKenzie County, the largest oil-producing county in the Bakken field boom. The city tops our list in the three-year working-age population growth and the three-year median income growth. Growth in the oil industry continues to benefit all sectors of Watford’s economy, and in 2014, the city issued over $97 million in building licenses, which is about $30 million more than the previous year.

2. Rugby
Situated at the geographic center of North America, Rugby has been a longtime tourist destination for people on cross-country road trips. Tourism is further bolstered by the Northern Lights Tower and Interpretive Center and the city’s proximity to the International Peace Garden. With a three-year increase of 26.9%, Rugby’s employment saw the biggest growth in all of the communities analyzed, which was notable, since it’s not near the Bakken formation. Leading employers include Heart of America Medical Center and Truck Bodies & Equipment International.

3. Williston
Williston, the county seat of Williams County, is, along with Watford, one of the prime examples of the transformation occurring in the boomtowns of North Dakota. At 25.4%, Williston has the second-highest working-age population growth on our list, and the city saw 3,877 housing units built from 2010 to 2012. City officials are determined to leverage gains from the oil boom responsibly, with plans to invest heavily in downtown, including a detailed reconstruction of the main street commercial core.

4. Dickinson
Dickinson has always benefited from its location. Nicknamed the “Queen City of the Prairies,” it sits right on I-84, where it serves travelers driving from Fargo, North Dakota, to Billings, Montana. More recently, Dickinson’s location has been strategic: It’s one of the largest cities near the Bakken formation wells. From 2009 to 2012, both median income and the working-age population grew over 13%, and income increased 5%. However, the unprecedented growth has not come without its problems, and in 2011, Dickinson identified infrastructure improvement needs totaling $97 million.

5. Minot
As one of the largest cities in North Dakota, Minot has added the benefits of the oil boom to its existing economic base, which includes jobs in the agriculture sector and employment at Minot Air Force Base. Minot is the county seat of Ward County, one the state’s largest producers of durum wheat, canola seed and winter and spring wheat grain. The oil boom has not only directly boosted Minot’s economy, but also indirectly helped it as well. The city’s permit valuations doubled from $61 million in 2011 to $119 million in 2012, and traffic at Minot International Airport increased from three daily flights in 2009 to 15 by 2014.

6. Devils Lake
Named after the body of water surrounding it, Devils Lake is driven by North Dakota’s oldest industry: agriculture. Devils Lake is the county seat of Ramsey, a large farming county known for production in canola, barley and hogs. The city also houses the Lake Region State College, which, among other classes, offers an applied science degree in precision agriculture. The college recently received a $3 million grant as part of the Obama administration’s Trade Adjustment Assistance Community College and Career Training initiative.

7. West Fargo
Although not as well known as nearby Fargo, West Fargo isn’t a city that should be dismissed. As the fifth-largest city in the state, West Fargo is part of the greater growth trend in the Fargo-Moorhead metro area. The city outpaced Fargo in growth, adding over 2,000 working-age residents from 2009 to 2012, and the most recent data found an unemployment rate of just 1.6% in West Fargo.

8. Fargo
What most people know about Fargo is that it was the setting for the iconic Coen brothers’ comedy of the same name. What they may not know is that Fargo is also host to a vibrant and diverse economy. Major employers in the largest city in North Dakota range from North Dakota State University and Sanford Fargo Medical Center to Noridian Health Care Solutions, an insurance company. Despite already being home to over 16% of North Dakota’s population, Fargo continues to grow: the working-age population shot up 12.6% from 2009 to 2012.

9. Valley City
The city in Barnes County in the eastern part of the state is thriving with its range of industries. Public sector employment is large, as the public schools, Barnes County Courthouse and the City of Valley City employ a combined 500 people. Large employers in the area range from the John Deere seeding manufacturing plant and Valley State University to Sheyenne Care Center, a 24-hour long-term care facility.

10. Lincoln
Lincoln is an example of how small cities prosper in North Dakota. The city’s median income grew 19.4% from 2009 to 2012, and the employment rate is the highest on our list. While the city itself is small, about 80% of residents commute to work, since Bismarck, the state capital, is only minutes away.

Check out our interactive map for the “Cities on the Rise in North Dakota.” The darker the color of the point, the higher the growth rate of the working-age population. Click on data points for more information.

We analyzed 24 communities in North Dakota with populations of 2,000 or more.