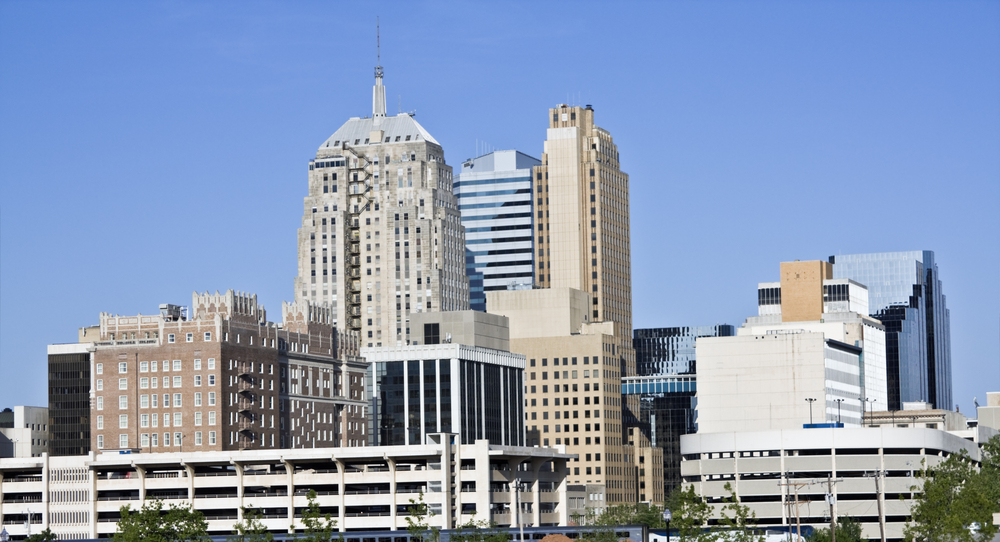 In Oklahoma, wealth starts from the ground up — literally.

The state ranked sixth in the nation in 2012 for energy production due to its expansive crude oil and gas reserves. Oklahoma is home to three of the top 100 oil fields in the country, and in 2013, the energy industry helped Oklahoma’s economy become the third-fastest growing by GDP in the U.S. Oklahoma’s flat and fertile plains also make it an agricultural hotspot and a top five U.S. producer of wheat, cattle and hay.

Access to natural resources is a huge economic multiplier for Oklahoma. That, combined with its low cost of living, has helped the state’s economy boom in a variety of industries. Unemployment is 1.6% below the national average, and the economy is projected to add over 175,000 jobs by 2022. Employment in construction, mining and manufacturing is on track to grow by double digits in the next decade.

As always, it pays to know where growth is occurring. NerdWallet crunched the data for Oklahoma to find the cities in the state that are currently “on the rise.” Here’s what our analysis examined:

In researching Oklahoma, certain trends became apparent. Here what our top places had in common:

The energy industry is huge. Almost every city on our list saw its local economy directly or indirectly affected by the energy boom in the state.
The Oklahoma City metro area is growing fast. Six of our top 10 cities are within 30 miles of the state’s largest city.
The state’s residents are getting rich quickly. The energy boom in the Sooner state has created richer residents in several places. Two of our top 10 cities saw whopping gains of over 25% in their income

NerdWallet crunched the data for 74 cities and communities in Oklahoma with populations of 5,000 or more. To see the full data set, click here.

1. Owasso
At just 13 miles outside Tulsa, the second-largest city in Oklahoma, Owasso topped our list with its state-high working-age population growth of 10.3%. Owasso, which has seen steady growth in housing since 1990, has become a regional hub for shopping. The city is home to over 100 unique stores along Highway 169, where it serves a customer base of about 450,000. Residents find jobs at Whirlpool, Verizon and American Airlines, which alone employs over 6,000 people.

2. Lone Grove
Lone Grove, which saw the highest three-year median income growth in the state, is a small bedroom community for the nearby city of Ardmore. The area’s economy stems from its prime location on Interstate 35, midway between the metro areas of Oklahoma City and Dallas and Fort Worth in Texas. Carter County’s accessibility has made it a desirable destination for manufacturing and businesses. Major employers include a Michelin tire plant, a Dollar General Store distribution center and a Valero Energy Corp. refinery.

3. Mustang
The first of three cities on our list in Canadian County, Mustang is a microcosm of Oklahoma’s economy. Some 80% of the county’s landmass is used for agribusiness, and the Anadarko Basin also provides large amounts of oil and natural gas. Mustang’s strong manufacturing sector features IG or Industrial Gasket, Security Solutions, a home security firm, and Wilson Ophthalmic Corp., a maker of eyewear. Despite the diversity, the largest source of jobs in the city is the school district, with over 1,000 employees.

4. Harrah
This city, located 22 miles outside Oklahoma City, offers a blend of rural and urban living. It prides itself on a high quality of life, which includes strong public schools and plenty of open space. Residents find jobs at the nearby Tinker Air Force Base, where the nation’s largest military jet engine maintenance facility is located. Unemployment is low, 1.3%, and Harrah’s three-year median income growth of 29.9% is the second highest on our list.

5. El Reno
Historically a bedroom community, El Reno has enjoyed a major economic upswing in recent years due to an influx of oil businesses. Beginning with Schlumberger in 2010, El Reno has welcomed a continuous stream of high-profile energy related businesses, including Chesapeake Energy and Halliburton in 2012. The boom has added thousands of jobs over the past several years, and is the primary reason for the 7.26% increase in employment from 2009 to 2012.

6. Elk City
Elk City, the self-proclaimed “Natural Gas Capital of the World,” is in the middle of a massive economic boom. The city, which lies on a large natural gas shelf on the Anadarko Basin, has a history of natural gas production, and it even sports a drilling rig in its downtown. While the natural gas industry is not new to the city, officials have responded to recent growth by planning for 104 new apartments and 24 duplexes. Business construction plans also include a 130-acre industrial park.

7. Piedmont
Piedmont is on the rise due to its 8.2% growth in working-age residents from 2009 to 2012. The population growth comes as no surprise, given the city’s proximity to downtown Oklahoma City, and the perfect rating given to its high school by the Oklahoma State Department of Education. In response to Canadian County’s booming economy, Piedmont added 170 new houses in the past three years, as median income increased at the same time.

8. Blanchard
Close to interstates 44 and 35, as well as the thriving cities of Norman and Oklahoma City, Blanchard is a city that’s all about convenience, which helped the city record the state’s second-highest increase, 9.86%, in working-age residents from 2009 to 2012. Blanchard, a commuter town that prides itself on its “small town feel,” has created a buffer zone to avoid overdevelopment by nearby communities.

9. Jenks
The three-year, 8.9% working-age population growth in Jenks is part of a decade-long trend, which has seen Jenks grow by about 1,000 new residents every year. The city has experienced residential and business growth, including Village on Main, a mixed-use development, and RiverWalk Crossing, an entertainment development. The city has also seen recent economic success at its Jenks Commerce Park, where a plant expansion by Tulsa Winch added 280 jobs, and the relocation of Continental Wire Cloth in 2008 brought employment opportunities, too.

10. Purcell
Located close to Norman and Oklahoma City, Purcell is a community with a diverse industrial business and a strong agricultural sector. The city saw the highest three-year employment growth on our list — 10.8% from 2009 to 2012 — and it also recently celebrated the opening of the 830-acre Gateway Business Park. Purcell has earned the nickname “The Quarter Horse Capital of the World”  for its place as the center of Oklahoma’s equestrian industry.

Check out our interactive map for the “Cities on the Rise in Oklahoma.” The darker the color of the point, the higher the growth rate of the working-age population. Click on data points for more information.

We evaluated 74 cities and communities in Oklahoma for this study.