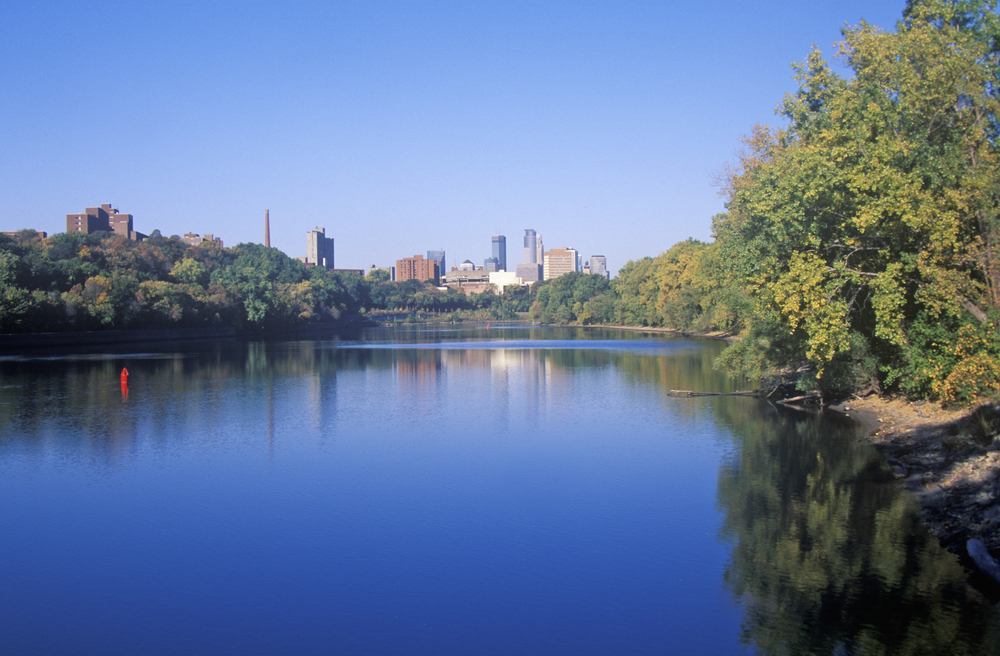 Minneapolis may be the urban heart of Minnesota, but young families looking to move may connect better with cities along Interstate 94.

In an analysis of the most affordable and family-friendly cities in Minnesota, NerdWallet found that nearly half of the top 20 are located along I-94, with enviable access to the Twin Cities metropolitan area. Residents here can also expect strong growth and upgraded infrastructure after a just completed $17 million project to accommodate more traffic in and out of Minneapolis from those northwestern cities.

We looked at three factors that drive one of the biggest decisions in life: Where should I raise my family?

Suburbs and more are growing. Cities far away from Minneapolis are thriving, too, thanks to commercial and residential growth.

Cities are updating downtowns. Several cities created comprehensive plans to account for future housing and businesses, including improvements to downtowns.

NerdWallet crunched the data for 88 places in Minnesota — cities, towns and census-designated places. Only places with over 10,000 residents were analyzed. To see the full data set, click here.

Along both the Mississippi River and Highway 94, Monticello is within reach of beautiful scenery and the urban metropolis. The income growth from 1999 to 2012 surged 52.4% after an influx of retail and light industry, including the award-winning Cargill Kitchen Solutions. The school district, ranked highly at GreatSchools, offers a variety of programs such as business and industrial technology courses at Monticello High School. To meet the needs of its active community, the city hosts cultural events all year long at various parks.

This city just below Lake Waconia offers rich recreational choices — from summer water skiing to winter ice fishing — as well as quality schools. As a suburb of Minneapolis, the city witnessed a rise in population and income growth over the past decade, which led to more retail and business expansion. Waconia’s attractions include wineries and a downtown that is close to the lake. The Carver County Fair comes to town every August.

Located close to Anoka’s metro transit line into Minneapolis, Ham Lake balances cosmopolitan access with a rural vibe. Because of its rich location, housing costs are higher than most places on our list. The area is part of the state’s largest school district, Anoka-Hennepin, where students’ test scores are higher than the state average. For recreation, a series of parks dot the landscape as well as the Majestic Oaks Golf Club and several lakes, including Coon Lake to the north.

The residential community in Lakeville continues to grow year over year and the median income for the area is growing as well. Its independent school district rivals those of other metro areas, where high student test scores are supported by a comprehensive curriculum. In addition to its location less than a half-hour drive from the heart of Minneapolis, Lakeville has extensive plans for improving its downtown to integrate parks with the retail and commercial core as well as to create more parking and walking trails.

Located on the western prairie of Minnesota along Highway 94, Alexandria offers some of the most affordable homes of our top cities, with a median home value in 2012 of $153,500. The city stands as the county seat of Douglas County, which is between Fargo, North Dakota, and Minneapolis, and the area also lies along the Central Lakes State Trail, a 55-mile long paved recreational trail that passes through several cities. In addition to quality public schools, Alexandria is working to make the downtown more accessible for pedestrians and bicyclists, too.

In addition to strong schools, North Mankato also is home to affordable housing. Not only are home values lower than the state median of $194,300, the city also partners with the Minnesota Housing Finance Agency to help first-time homebuyers. For home improvements, the city works with a community grant program to help homeowners with updates. Three highways intersect near North Mankato, and this city features several parks, soccer fields and nearby destinations such as the beautiful Minnesota River and Lake Washington.

From its roots as a small town on the Mississippi River, Sartell has blossomed into a city with thriving schools and strong community support. Education can start as early as birth here, and the Sartell-St. Stephen School District offers a comprehensive and rigorous curriculum. To fund new academic programs, the district receives support from a robust public foundation. Part of the growth in town is connected to a series of trails that integrate parks and other areas in the community.

The Twin Cities suburb of Woodbury had a school before it was a town, according to the city’s website. With a GreatSchools rating of 9 out of 10, Woodbury still is known for the quality of its education. As one of the 10 largest cities in Minnesota, Woodbury plans to bring in new economic and residential development in a strategic fashion. The city recently spent $2.1 million to remodel and expand the Bielenberg Sports Center to accommodate professional sports and to provide playgrounds for disabled children.

Andover shares the same ZIP code as Ham Lake and also some of the excellent schools in the area. Andover High School boasts an award-winning music program, along with several other arts programs in a district where a well-rounded education is part of the focus. Andover continues to grow with new family-housing units and updated streets and parks, such as Rose Park, and a sports complex in Pine Hills North. Residents here connect with each other at meeting areas in the Community Center.

Long-term growth is evident in Farmington. The suburb witnessed a 37.5% increase in income growth from 1999 to 2012. Even though it’s not located on a primary transportation corridor, such as Interstate 35, the city is strategic when it comes to bringing business to the area and planning where those companies will be located. In addition to its wide expanse of trails and parkland, Farmington is part of Minnesota’s GreenStep Cities, a community-based incentive to create sustainable cities.

Check out this interactive map of our top 10 cities for young families in Minnesota. Click on each icon to see the place’s overall score.

NerdWallet crunched the data for 88 places — cities, towns and census-designated places — in Minnesota. Only places with over 10,000 residents were analyzed. We excluded areas that lacked GreatSchools ratings, median household incomes from 1999 or median home values from 2012.