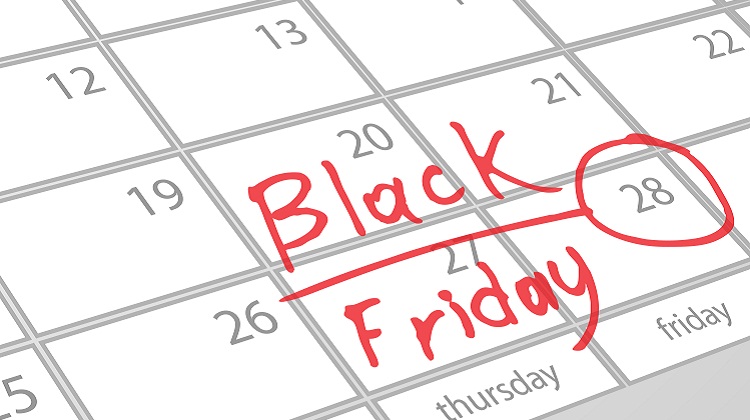 It’s an American tradition, with more than $300 million spent by shoppers every year. But unlike Thanksgiving, Black Friday isn’t recognized as an official holiday in most of the nation.

In more than a third of the 50 states, however, the day after Thanksgiving is considered a holiday, giving state employees the same benefits on that day as on any other official holiday, like Christmas or the Fourth of July.

Here, we take a look at the history of the tradition and what it means for shoppers, retailers and the government:

At least 18 states recognize the holiday, according to the National Constitutional Center. The list includes Arizona, Florida, New Hampshire, New Mexico, Oklahoma and Texas. Among recent additions to the list, Alabama made news last year when its Gov. Robert Bentley declared both Black Friday and Christmas Eve paid holidays for state employees.

Even when recognized, the holiday doesn’t necessarily go under the name Black Friday. The Friday after the fourth Thursday of November – yes, that’s the day beloved by shoppers and retailers – is called Family Day in Nevada. The state of Indiana chooses to observe Abraham Lincoln’s birthday on the same day (despite the fact that he was born in February).

For federal employees, the name makes no difference, as long as they get paid leave.

In some states, the Black Friday has had a spotty history. In Missouri, Gov. Jay Nixon reintroduced Black Friday as a paid holiday last year. The day had been recognized as a holiday by executive order by governors of both parties for more than 50 years, but in 2010 and 2011, the day was not included in the state’s list of paid holidays, in order to save the estimated $1.6 million it costs to compensate employees who have to work on the day for overtime.

4-Day Weekend, and a Boost for Stores

In his message introducing the state holiday, Bentley of Alabama said the decision came as part of his appreciation for the hard work of state employees: “These extra days will allow employees extra time to celebrate Thanksgiving and Christmas with friends and family.”

Last year, Arizona dropped Columbus Day in favor of Black Friday. The move came as a result of an employee-initiated petition. While the decision made no difference for taxpayers, it has offered state employees an uninterrupted four-day weekend beginning with Thanksgiving, as well as the opportunity to take advantage of sales held on Black Friday.

From an economic standpoint, the holiday means increased expenses for some states in the form of employee compensation. At the same time, the extra day allows employees to participate in Black Friday shopping, driving more money into the local economy.

This is particularly relevant for in-store shopping. Employees who don’t get the day off may have the opportunity to shop online, especially since online sales are more likely to begin on Thanksgiving Day, but physical stores in that state are less likely to see that money. Furthermore, the state itself also benefits when strong consumer spending brings in increased revenue in the form of sales tax.

What If You Have to Work?

If you’re a state employee who lives in the two-thirds of the country without paid leave on Black Friday, there are several actions you can take to expand your opportunities.

For one thing, consider contacting your state governor to advocate recognizing the day after Thanksgiving as a holiday. Arizona offers a great example of how a push from employees can effect change in the state holiday system.

For another, you can always take advantage of sales before or after Friday. As an increasing number of retailers kick off promotions well into Thanksgiving, it’s becoming easier and easier to snag bargains without heading to the stores on Friday.

Furthermore, you can also shop online. Although we won’t recommend using work hours to do your holiday shopping, the ever-growing presence of cybersales make Black Friday shopping easier to fit into your schedule, whether you choose to shop in the morning or evening of Thursday or Friday.

And, finally, there’s always the weekend. You’ll find a multitude of retailers with sales that stretch into Saturday and Sunday, and maybe even Cyber Monday.