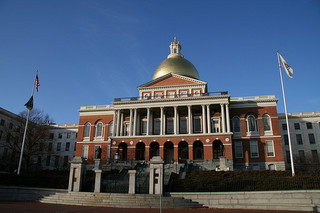 Massachusetts is investing in homeownership: Gov. Deval Patrick recently created a new home ownership compact to provide 10,000 mortgage loans to first-time homebuyers by 2018 through the MassHousing and the Massachusetts Housing Partnership programs.

Even before this plan, the Massachusetts homeownership rate has continued to rise since 2000, according to U.S. Census data.  In 2013, home sales in Massachusetts were up 4.9 percent from 2012 sales, as reported by The Warren Group, which tracks the New England housing market. While conditions are ripe for homeownership statewide, our top 20 picks were all located in the eastern part of the state.

NerdWallet examined the data for the 77 places in Massachusetts with over 15,000 residents to identify the best places to own a home in Massachusetts. Our analysis answers three main questions:

Is the area growing? We measured population growth to ensure that the area is attracting new residents and showing signs of solid growth. This is likely a signal of a robust local economy, which is another attractive characteristic for homebuyers.

For more details on our methodology, please see the methodology section at the end of the article.

Wilmington continues to see a steady increase in home sales with the state’s highest home ownership rate at 89.8 percent and monthly costs that only take up 27 percent of median household income. Boasting of a short commute to Boston and a full range of municipal services, this city is a great place to lay down roots. The community is also drawing new businesses and offers classes and sports for kids and adults through the city recreations department.  The town is also home to the Ristuccia Memorial Arena, the training center for the Boston Bruins hockey team.

Located halfway between Boston and Providence, this city has a high home ownership rate of 79.3 percent and reasonable monthly homeowner costs which take up just 29.2 percent of the median monthly household income. The largest industries here are manufacturing and scientific research and development. Franklin’s location between Providence, Boston and Worcester positions it within 30 miles of over 100 colleges and universities.

With a homeownership rate of 82.2 percent and monthly homeownership costs taking up just 30.9 percent of median monthly household incomes, Reading is very homebuyer-friendly. Located just 12 miles from the center of Boston, it is in very close proximity to many world-renowned cultural, recreational, and educational opportunities, and just a short drive away from beautiful beaches, mountains, and historic sites. Residents here have access to jobs in Boston and with local companies including Fraen Corp., which designs and manufactures car components including speedometers and lighted displays, and a number of local schools.

Located 20 minutes northwest of Boston, Burlington offers close proximity to the city, New Hampshire and Rhode Island. With a 71.2 homeownership rate and the second-highest rate of population growth in the top 10, the city also has some of the lowest residential tax rates in the area. Burlington is also a shopping destination: it’s home to the Burlington Mall and Wayside Commons.

Located just inside the I-495 loop around Boston, Hudson is the fastest growing place on our top 10 list and offers affordable homes with a median value of $290,100.  Residents here have access to jobs in Boston or can seek work closer to home at some of the town’s largest employers, including Entwistle, a machine engineering firm and Affordable Interior Systems, which designs and manufactures office furniture.  Art and outdoors enthusiasts will love the Assabet River Rail Trail, a 12.5-mile trail lined by multiple kiosks with art displays.

Wakefield is a scenic town 10 miles north of Boston and just next to our fourth pick Burlington, with a 77 percent homeownership rate. From 2011 to 2012, the city´s population increased by two percent. Wakefield has preserved much of its historic New England appearance and is recognized for its thriving businesses, and scenic Lake Quannapowitt, which plays host to countless outdoor festivals and benefit activities each year. Wakefield also has a strong local sports and recreation culture.

Located about 30 minutes south of Boston, Randolph’s population increased by 2.3 percent between 2010 and 2012 and median home values in town are $279,800. It’s a diverse community where no one racial group makes up more than half the population and more than 30 percent of the residents are foreign-born. The city also offers parks, an aquatic center and volunteer-led community theater for kids and adults to shine.

Lexington, located only 11 miles northwest of Boston, has a unique place in history. It is regarded as the “Birthplace of American Liberty” where the “shot heard ‘round the world” was fired, and the American Revolution began. Today it is a town of about 30,000 noted for its excellent schools and thriving downtown center with fine dining, art, and retail. Economic growth in the region has been fueled by the growing biotechnology industry. Lexington had the highest monthly median household income at $11,508 and 82.1 percent of residents own their homes.

Located on the northern Massachusetts border with New Hampshire near the Merrimack River, Methuen boasts a 72.3 percent homeownership rate and affordable homeowner costs which take up just 36.2 percent of the median monthly household income. Civic pride is strong in Methuen: the city supports local artists through its “Artist of the Month” program where Mayor Stephen Zanni honors a local artist each month. Along with an active city government, the Methuen Board of Trade offers an outlet for citizens interested in the advancement of Methuen to meet and work to make the city an even better place to live.

Longmeadow is located along the Connecticut River and is home to more than 16,000 people. This community has the second-highest homeownership rate of our top 10 at 89.1 percent. It’s also our second-most affordable place to own a home: homeownership costs take up only 28.6 percent of the median monthly household income. Stately colonial homes, tree-shaded streets and parks with swimming pools, tennis courts, and playgrounds characterize the community.

Best places for homeownership in Massachusetts

1. Homeownership rate made up 33.3% of the total score. A higher rate earned a higher score. The rate comes from the U.S. Census American Community Survey 5-year Estimates.

Only places with 15,000 or more residents were included in this analysis.