If bigger is better when it comes to banking, you’ll like what U.S. Bank and Wells Fargo have to offer. Both megabanks have thousands of branches and ATMs across the country. We compared them to help you find which one might suit you best.

Ready for more detail? Read on for a breakdown of their offerings.
» Want to see other options? Browse NerdWallet’s best banks and credit unions

Click here for analysis
Both banks have steep fees on their accounts, though they can be waived if you meet certain requirements. Wells Fargo has the edge, however, since it offers more options to waive the fee, including some that don’t require minimum deposits or balances.
Back to top

Click here for analysis
The basic savings accounts at both banks earn only slightly more interest than zilch, with annual percentage yields of 0.01%. At that rate, putting $10,000 into savings would earn you a grand total of $1 over 12 months. And the fact that each bank has a monthly fee means you can actually lose money in your savings account.
Back to top

Click here for analysis
In addition to the standard rates, both banks offer special CD rates with higher minimum deposit requirements. The promotional rates may be better than the standard, but are still low compared to CD rates offered by online banks. Exact APYs depend on where you live.
Back to top

Click here for analysis
Both banks have thousands of branches and ATMs, but Wells Fargo has more. Wells Fargo has also been in the news for its customer experience, though not in a good way. Back in September 2016, Wells Fargo agreed to pay a $185 million settlement after the Consumer Financial Protection Bureau found the bank had opened fake accounts in customers’ names, an illegal practice that federal officials say was widespread. Since then, the bank has faced a large class action lawsuit.
Back to top

Click here for analysis
U.S. Bank and Wells Fargo have overdraft charges above the national median of $34. Both banks will waive fees if your account is overdrawn by $5 or less, but if it’s in the red by $5.01 or more, the charges can add up. If you’re concerned about limiting what you’d pay if you overdraw your account, a credit union or online bank with lower fees would be a better option.
Back to top

Big banks with a broad range

U.S. Bank and Wells Fargo both have a range of products for customers, but they also tend to have high fees. If you prefer large banks with thousands of ATMs and branches, the best option likely depends on where you live. If you are closer to Wells Fargo locations, that bank may be the better choice. But if U.S. Bank branches and ATMs are more convenient, it may be the one to consider.

For a closer look at comparable financial institutions, check out our roundup of the best national banks. 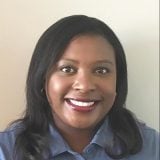