The following article is part of a series of articles about our NerdWallet Summer Internship program. David Margolin is a student at Hunter College and shared their experience as an software engineer intern. If you are curious about joining NerdWallet as an intern or full-time employee, please apply for one of our open positions!

This summer I had the pleasure of joining the frontend engineering infrastructure team (FEI) at NerdWallet as a software intern. I worked with my team to build tools and standards for frontend development at the organization. This was also my first time in San Francisco (SF). Over the course of my internship I learned so much about personal finance, NerdWallet culture, and frontend development. I attended company events, gave a tech talk, and discovered the best brunch spots in SF.

My internship journey started when a recruiter reached out to me via Jumpstart. I had already been using the NerdWallet app to track my credit score and spending but hadn’t considered what it would be like working for them. The recruiter scheduled a call which lead to two technical interviews and a behavioral. Overall the process was super smooth. My interviewers were always incredibly smart, patient, and enthusiastic about their jobs. They explained the ways in which the company was growing, the various office perks, and helped me get an initial sense of living in SF. Finally I got the call with the offer. I was ecstatic! I confirmed that there would be swag (which was shipped to me the following day) and signed my summer away.

In the following months, I received many postcards, newsletters, and further swag shipments. Even though I had not yet started, I was kept informed of all of the awesome news and events occurring at NerdWallet. Eventually, I learned about my team, mentor, and manager. Then I met my culture buddies. Culture buddies are members of other teams tasked with helping interns navigate the social, emotional, and linguistic (so many abbreviations!) struggles that come with starting at a new company. I was moving across the country, leaving my home and my friends in New York. Having that support system already in place was incredibly important for my success. 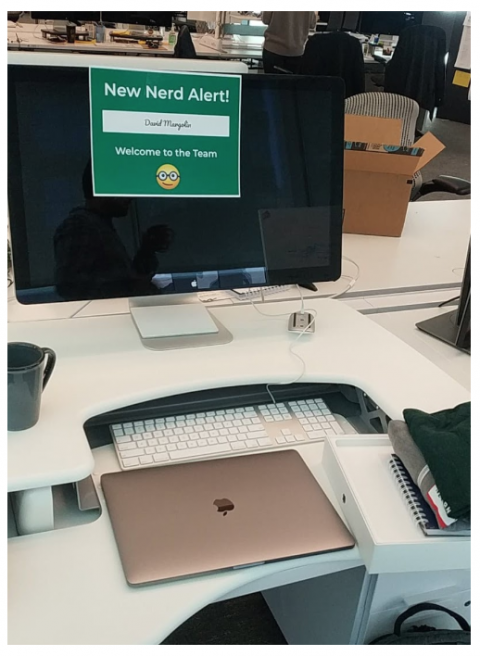 My first official day of work was a whirlwind. I arrived at the Twitter building and made my way up to the fifth floor. I was greeted by a member of the people ops team and got my first introduction to the company coffee bar. Then, there were several hours of onboarding. I learned about the company’s general roadmap, financial standing, brand guidelines, and security. I received a corporate laptop and badge and was tasked with finding my team. At my desk was a whole slew of additional swag. I began the engineering onboarding process and met with my mentor and manager to discuss my project.

My team, which consisted of two designers and four developers, managed a fancy little project called the NerdWallet Design System Styleguide. It was a place for developers and designers to come learn about our design system standards and components. The process for updating documentation on said project was difficult. A designer would need to write up a change that a developer would then need to implement in code, get reviewed, and deploy. This process could take several days and because of this, designers were more hesitant to make changes to our documentation. My project, called Doxic, focused on enabling designers to create easy-to-manipulate and collaborative content by leveraging the Google Docs API. Documentation would be fetched from Google Docs, converted to make use of our internal design components, and rendered on the page. It completely eliminated engineering from the process of updating design docs. There were several challenges to the implementation including authentication, security, caching, and handling the general structure of data returned from Google’s API. Overall, I consider the project a great success. I even got to give a tech talk about it. 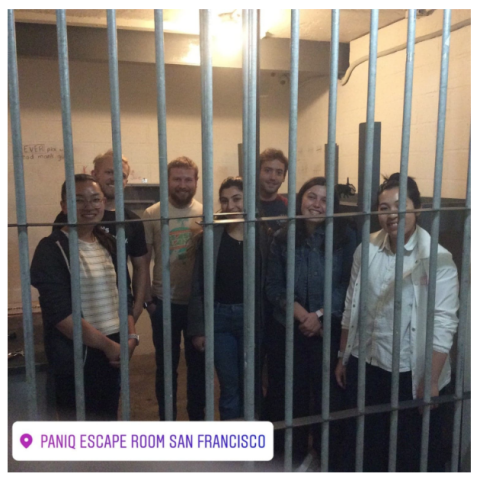 When I wasn’t working on my project, I was playing table tennis, hoarding jellybeans from our micro kitchen, or exploring San Francisco. I had a chance to visit the California Academy of Sciences, the Golden Gate Bridge, SF MOMA, and various other great sights. There were frequent company events and happy hours. The interns got to go on special trips like bowling, volunteering, and an escape room. Most importantly I was able to find the best brunch spots in the city. My top three are RAW Sugar Factory, Zazie, and Kitchen Story.

Even though I enjoyed the office space, events, and my project, what really stood out at NerdWallet were the people. Everyone at the company is so incredibly passionate about the mission and the work that they do. When I reached out to various co-workers across various departments, I was always treated like any other employee. I was given all the support, advice, and attention I would ever need. I’m incredibly grateful to have gotten a chance to work with such an amazing company and an incredible group of people.