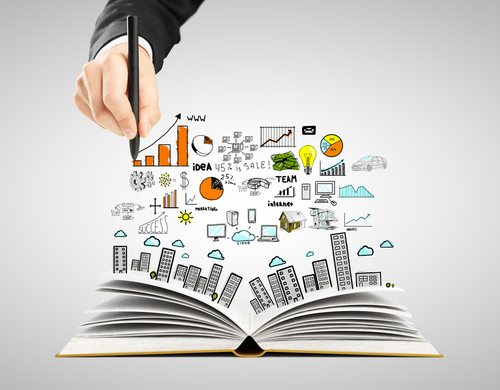 What makes an educated population? We put on our thinking caps here at NerdWallet and looked at the data to find the most educated places in America. We used a broad-based approach to show increasing levels of education, from residents with a high school diploma up to those with a doctorate or professional degree. We found that many of the places on this list have underlying industries and educational resources that draw educated residents. Challenging and technical jobs tend to attract more skilled and educated workers, and having educated workers at every level of operation can help sustain a more robust and knowledgeable workforce.

Since just 30.9% of Americans have completed at least a bachelor’s degree, we weighted high school and college education more highly. To measure broad-based education, we prioritized a workforce where the majority of workers are moderately educated over a workforce where some workers are very highly educated. We calculated the overall score by weighting the percentages from the following 4 questions.

1) What percent finished high school or have an associate’s degree as their highest level of education? We weighted this as 30% of the overall score.

2) What percent completed a bachelor’s degree as their highest level of education? We weighted this as 30% of the overall score.

3) What percent completed a master’s degree as their highest level of education? We weighted this as 20% of the overall score.

Check out our cost of living calculator for more information.

The Most Educated Places in America

Bethesda is home to the main campuses of the Walter Reed National Military Medical Center (where the president gets his yearly check-up), the Uniformed Services University of the Health Sciences and the National Institutes of Health, whose research has helped create hundreds of thousands of biomedical jobs both in Bethesda and around the country. Numerous government, technology, healthcare and investment companies, including Lockheed Martin, GetWellNetwork, and Cambridge Information Group, have headquarters in Bethesda, making it a hotspot for workers in these fields. A whopping 27.3% of the city’s population has a professional or doctoral degree as their highest level of education, and another 26.8% of the population has a master’s degree as their highest level of education. Only 1.9% of the population did not finish high school. The wide variety of technical and challenging work in Bethesda ensures a continued supply of well-educated workers.

Located in the San Francisco Bay Area, Palo Alto is famous for being the home of many high-profile technology companies, like CPI International, Hewlett-Packard, Palantir Technologies and IDEO. Not to mention, Stanford University is just minutes away. The university’s John W. Gardner Center does important work to improve the early education, and college and career preparation of community youth. The diverse array of innovative and progressive occupations available in the city attracts people with backgrounds in law, technology, medicine and finance. Palo Alto is also notable for having the highest percentage of residents with a doctoral degree, at 14.5% of the population.

Wellesley is best known for its namesake college and for the private business school, Babson College, both of which have been lauded for their education programs. Wellesley College also has the Wellesley Centers for Women, which is dedicated to creating positive social change for women across the world through research and community development. Wellesley High School has been noted for its excellent public education programs. But opportunities for higher education work are not the only draw for Wellesley. Finance, healthcare and biotechnology companies like Sun Life Financial, Harvard Pilgrim Health Care and Biogen Idec also help Wellesley maintain a well-educated and diverse work population. Incredibly, 80.3% of the population has a bachelor’s degree or graduate degree, and only 2.2% of the population did not finish high school.

Brookline is what you’d call a “college town”. Several different universities can be found in or nearby Brookline, including Newbury College, Boston College and Boston University. Boston College’s Neighborhood Center was established in 1995 to provide service and resources to the Allston-Brighton community, and Boston University’s Boston Public Schools Collaborative actively supports funding of local public schools and provides education programs to help students prepare for college. Brookline also has numerous primary and secondary schools, both public and private. The large number of nearby universities and medical centers provides a wealth of choices for highly educated workers, and some researchers and academics commute from Brookline to work in Boston. Brookline has the second highest percentage of residents with a doctoral degree, at 14.4% of the population, and it matches up with Bethesda for having the highest percentage of residents with either a professional or doctoral degree, at 27.3% of the population.

Potomac has been called one of the richest and most expensive places in the US, and it is home to many highly educated people who work in business, health, education, science and finance. Many of the lawyers, tech specialists, doctors, scientists and business executives who commute to Washington, DC, live in Potomac. The nearby Montgomery College’s Workforce Development & Community Education department does its part to keep the community well educated by offering academic development programs for both youth and adults. 78.6% of the population of Potomac has a bachelor’s degree or graduate degree, and a low 2.5% did not finish high school.

Needham is a haven for engineers and tech workers. The Franklin W. Olin College of Engineering is based in Needham, and the college has a strong community service organization called SERV that supports local education (especially in engineering and computer sciences) and community development. Needham is also the home of one of the first industrial parks in the United States.  The introduction of tech companies, like PTC Products, offering high-value job opportunities helped establish it as a destination for people with computer and technology backgrounds. Needham has a long-standing rivalry with Wellesley, Massachusetts, particularly when it comes to high school football, and the two continue to be rivals when it comes to education level. 73.1% of the population has a bachelor’s degree or graduate degree, and only 2.5% of the population did not complete high school.

Sometimes called the “heart” of Silicon Valley, Cupertino is of particular note for fans of Apple products, as the company’s corporate headquarters can be found there. Technology and computer science are the big magnets for educated workers in Cupertino, with major employers like Trend Micro, Lab126 and HP ArcSight, in addition to Apple, maintaining headquarters in the city. Cupertino’s highly rated public elementary and primary schools are another attraction for educated workers, in addition to the nearby Stanford University, Santa Clara University and San Jose State University. San Jose State University’s Urban & Regional Planning department has long been working to improve the safety and transportation structure of nearby communities. Residents with bachelor’s and master’s degrees make up the biggest chunk of the educated population of Cupertino, at 63% of the total population; another 10.6% has either a professional or doctoral degree.

Upper Arlington’s progressive education community makes it an appealing destination for education workers. There are a variety of elementary schools, two of which offer alternative teaching styles. Upper Arlington High School has been praised for participating in the International Baccalaureate program and for offering a range of Honors and Advanced Placement classes. For researchers and academics, there is the nearby the Ohio State University, which also has a number of active community engagement programs through their Community Development department, such as business development and retention, industry partnerships, and community planning. Many of the finance, tech, aviation and medical research workers who work in nearby Columbus call Upper Arlington home. Upper Arlington distinguishes itself from the rest of the top 10 by having both the highest percentage of residents with bachelor’s degrees, at 41.1%, and lowest percentage of residents who did not finish high school, at 1.6%.

Westport’s nearness to New York City makes it a natural fit for many people working in finance, science and technology. It has a strong economy of its own, lead by major employers like Bridgewater Associates, Canaan Partners, BNY Mellon, Terex and dLife. Several non-profits are headquartered in Westport, including Save the Children and the Smith Richardson Foundation. Fairfield University is just a short distance away, and it is known for producing both a MacArthur and Guggenheim fellow, and 62 Fulbright scholars in the last 20 years. Fairfield University also provides local educational support through the Office of Service Learning, including faculty and course development, and community partnership development. 74.7% of Westport’s population holds a bachelor’s or graduate degree, and just 2.4% of the population did not complete high school.

Healthcare, education and technology are common industries for residents of Newton. The city is also home to New England Cable News, a news network that has been awarded both the George Foster Peabody Award and the Alfred I. duPont – Columbia University Broadcast Journalism Award, making it a top pick for journalists. Business and marketing specialists can find job opportunities at companies like Catalyst Online, while tech specialists have TripAdvisor and PeerApp, among others. Being near Boston makes Newton a popular choice for academics and researchers, but Boston College, Mount Ida College and Lasell College can all be found within Newton’s boundaries. Lasell College’s Center for Community-Based Learning works with local organizations to improve early education. 20.6% of Newton’s population holds either a professional or doctoral degree, and 54.3% has a bachelor’s or master’s degree.

Educational attainment data taken from the US Census for the population 25 and over.