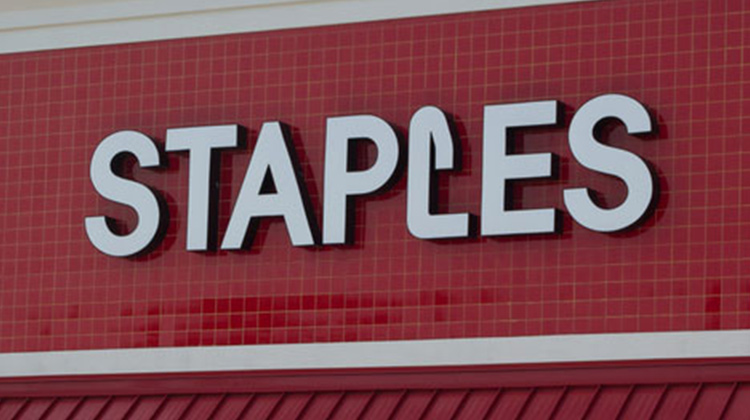 NerdWallet shares with you the deals of Black Friday ads when they arrive. If you still can’t find the store you keep looking for, check back again soon!

The Staples Black Friday 2013 ad is here! As noted earlier, the office supply store will be opening on Thanksgiving night, and the 12-page ads reveal some deals that might be worth lining up early for. More details on store hours and highlights from the ad can be found below.

Staples has announced its opening hours and thrown in a little Black Friday sale preview for good measure. On Thanksgiving night, shoppers will have access to Staples’ sweet deals, including the following recently released sale items:

Be sure to tune in to get the latest updates on Staples’ Black Friday 2013 news!

Laptops
Chairs
Accessories & Other
Keep in mind that Staples is offering shoppers two coupons this year. The first coupon is for 30% off of select furiture excluding chairs and chairmats. The second coupon is for 25% off of one cleaning or breakroom item. Happy shopping!

For the best Staples Black Friday deals from 2012, the office supplies retailer had a 7-hour window of time for customers to take advantage of most of the great in-store deals, 5am until noon that day. Calling the doorbusting deals “Early Bird Specials,” the ad held 152 items, but there were a few limits: one item per customer, in-store only, and while supplies last.

Additionally, many items advertised a price with the words “After Rebate” printed below. The great savings on items really depended on whether you remembered to submit the “easy” rebate, the name Staples gave to rebates that were able to be submitted online. It’s safe to say the deals weren’t too generous overall.

Apart from laptops, tablets also occupied the first page of the ad, but Staples’s offering of the Amazon Kindle Fire HD at $199 mirrored Amazon’s price. Another one, the Google Nexus 7 at $199, was also being sold by Google at that price. The deals on tablets were a bit disappointing.

The back page of the ad offered 50% on certain tech products, such as Audio Technica, Skullcady and Memorex headphones or earphones. There was one other deal worth mentioning on the ad: Any online shopping orders at staples.com through December 29 had free shipping.

As for the results, the fourth quarter of Staples’s fiscal 2012 year, which included Black Friday, turned out to be positive: an increase of 3% in total company sales, which came to $6.6 billion. However, this takes into consideration an extra week in the quarter compared to 2011, so subtracting out that week, the company sales actually decreased 4% in that same time period as 2011. Black Friday nevertheless served as an impetus in Staples’s sales.

Staples will be opening at 8 p.m. on Thursday, November 29th. That’s Thanksgiving night, folks! They’ll also be opening at 6 a.m. on Black Friday. For the full listing of other stores’ hours, please check out our Black Friday Store Hours page!