Retirement has a synonym: financial independence.

Both terms are used to define a financial status that, once reached, means you’re no longer dependent on outside sources of income. You can work if you want to, sure. But you don’t have to.

What is financial independence?

In a traditional retirement, many people choose not to work, in large part because they’ve done their time. The average retirement age is 61, according to the consulting firm Gallup. They may also be physically or mentally unable to work.

You’re financially independent when you’re able to cover all of your living expenses without having to work. In most cases, those expenses are covered by investment income, frequently referred to as passive income.

How to become financially independent

There’s no science here: The steps you need to take to become financially independent are basically revved-up versions of the steps you’d take to reach any lofty financial goal. Essentially, we’re talking big cuts to your spending and big boosts to your savings. Here’s how to do it.

1. Cut your spending way down

Not everyone on the path to financial independence pinches every penny, but those who do tend to reach their destination faster. In general, the earlier you want to retire, the more frugal you need to be today.

Why? Because every extra expense pushes your financial independence date further away, and that’s especially true for any recurring expense you commit to. Remember that the ultimate goal is to pay for your living costs without having to work; the higher those costs are, the bigger your pot of money needs to be.

Many people who pine to leave traditional work ASAP move toward that goal by saving 40%, 50% or even more of their income each year. That means they’re accustomed to living on just a fraction of what they bring in, and that means they’ll be able to achieve financial independence with a smaller nest egg.

Every extra expense pushes your financial independence date further away.

To put away that much of your income, you need to shave your expenses down to the bare minimum. Skipping the daily coffee is a drop in this bucket. Though your specific spending decisions will be based on your values, financial independence calls for drastic measures: Living well below your means when it comes to your home, your car, and your lifestyle and entertainment expenditures. It goes without saying that debt is a dirty word.

If that sounds like too much of a squeeze, you can focus on the other half of the equation: earning more. Some people achieve the high savings rate needed for financial independence not by reducing their spending, but by increasing their income, often through side hustles.

Once you’ve cut your budget down, you’ll have a better idea of how much money it will take to — as FIRE devotees put it — smash your alarm clock. (We wouldn’t recommend actually smashing anything — you’re on a strict budget and can’t afford to replace it.)

There are a couple of rules of thumb early retirees and financial independencers turn to to figure out how much money they need to achieve those goals.

The first is called the rule of 25, and it says you’re ready to retire — financially, anyway — when you’ve saved at least 25 times your planned annual spending going forward. This would, in effect, double as your financial independence number.

To land on your planned annual spending, look at your current slimmed-down budget and see if you can project those numbers forward. Many people seeking financial independence plan to cut that budget down even further in retirement, by paying off a mortgage or moving to a rental, for instance. But you should also be realistic about any expenses that might go up. For example, consider things like new entertainment or travel expenses — you’re about to have a lot of extra time on your hands — or health care costs.

The second rule of thumb used by FIRE fans is the 4% rule, which says you can withdraw 4% of the value of your investments during your first year of financial independence. After that, you’ll draw the same dollar amount adjusted for inflation. Under this rule — which, math whizzes may have noticed, is just a variation on the reasoning behind the rule of 25 — you’re financially independent once 4% of your invested assets is enough to cover your annual expenses.

Both rules assume that your money is invested for long-term growth, which we’ll cover in more detail below.

» Get a plan: Read our guide to retirement planning

Taxes are a bummer for everyone, but they’re a real bummer when you’ve set your sights on financial independence and suddenly realize your just-enough nest egg is, well, no longer enough after taxes.

The key here is twofold: factoring taxes into your planning, and using the most appropriate tax-advantaged accounts available to you. If you’re eligible, the Roth IRA rules them all.

That’s for two reasons: Because you don’t take a tax deduction for Roth IRA contributions, those contributions and their investment earnings grow tax-free. In fact, Uncle Sam gets no cut when you pull your contributions back out, and you can do that at any time, at any age.

That’s a lifeline for someone who plans to achieve financial independence before 59½, which is the typical age hurdle for tapping retirement accounts without penalty. (Very important: Unlike your contributions, the investment earnings in your Roth IRA are subject to that hurdle. But once you jump that, you can pull those out without taxes, too, as long as you’ve had the account for five years. You can read all the Roth IRA rules here.)

Alongside a Roth IRA, you should also be stashing money in an employer-sponsored retirement plan like a 401(k), if you’re offered one. Those accounts often come with company matching dollars, which quickly add some extra heft to your balance.

You might also want to invest some money in a brokerage account, which offers no real tax perks but allows you to pull money out at any time, for any reason. Since you’ve already paid taxes on the money you invest in a brokerage account, you’ll owe only capital gains. And those who aren’t eligible for a Roth IRA — which has income limits for contributions — should consider a traditional IRA.

4. Invest as aggressively as you can stand

You still need income to fund your expenses, and that money is most likely going to come from the investments you choose inside the aforementioned accounts. To earn the kind of return you need to keep your pot of money growing and fund your expenses over the long term, you’ll need to build a portfolio that is invested heavily in stocks.

» Learn more about how to invest in stocks

We recommend investing through index funds and exchange-traded funds, which allow you to purchase a large swath of the stock market in a single transaction. You can get a stake in hundreds of stocks by investing in one S&P 500 index fund; you can put just a few different funds together for a diversified portfolio. (We’ve outlined some sample portfolios here.)

Keep in mind that while you may be aiming to achieve financial independence at an age that is earlier than the typical retirement age, you still need to invest with a long time horizon in mind. That requires maintaining an allocation to stocks even after you’ve pulled away from work and started drawing on your investments.

Finally, it’s wise to keep one or two years’ worth of expenses in safer havens — cash holdings with your investment accounts, or a savings account — to protect the income you’ll need in the short term against market fluctuations. 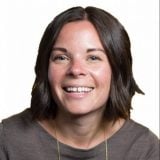