For small-business owners, getting approved for a U.S. Small Business Administration loan means low interest rates and long terms, but it doesn’t necessarily mean success. A recent study by NerdWallet found that 1 in 6 SBA loans defaulted in recent years.

An analysis of data on over 1 million loans issued since 1991 revealed how SBA 7(a) loans fail over time. The study looks at default rates over a series of 10-year periods starting from the fiscal years that covered 1991-2000, through the 10-year period ending with the fiscal year for 2015.

A closer look at the SBA lending data reveals a parallel between the kinds of businesses with the most and least defaults and trends that impact, or have impacted, our everyday lives.

In the 10-year period from 2006 through 2015, the industries with the highest rates of default on SBA loans are connected to the Great Recession. At a time when shady dealings in mortgage-backed securities and the dramatic bursting of the real estate bubble plunged the nation, and the world, into the worst economic recession since the Great Depression, it wasn’t surprising to see the dramatic impact on small businesses within housing-related industries.

Offices of real estate brokers had the third-highest loan default rate over the 10-year period. The National Association of Realtors, a trade group representing professionals in commercial and residential real estate, saw a 26% drop in membership from a peak in 2006 and the post-housing downturn low in 2012.

“Anytime you see a decrease in any sort of business industry, you’ll see business owners getting out,” says Adam DeSanctis, economic issues media manager with NAR. The organization has gained members regularly since 2012, though membership in 2015 was still 14% lower than in 2006.

Mortgage and nonmortgage loan brokers, residential property managers and multifamily housing construction businesses were the first, second and fourth business categories with the highest rate of SBA loan defaults, with similar industries sprinkled throughout the top 20.

But it’s perhaps some of the other categories on the list of businesses with the highest default rates that signal the biggest consumer shifts since the beginning of the millennium — and the importance that’s been placed on technological innovation.

Video stores, under attack from countless streaming and digital services, had 43% of loans default from 2006 through 2015, making the business type the fifth on the list of defaults. Online travel sites have taken a bite out of the local travel agency (39% default rate), while Amazon and e-readers have contributed to the demise of the local bookstore (31% default rate).

The shift from the physical to the virtual doesn’t stop there. Industries once defined by brick-and-mortar locations, like women’s and men’s apparel stores, shoe stores and department stores, are losing customers as online shopping and e-commerce have eaten up more and more of the market share.

But for every dying industry there’s the birth of a new one. While the shift to online shopping has had an impact on some traditional businesses, it seems to have introduced greater demand on others — like the trucking industry. In 2016, long-distance freight trucking and local freight trucking were fourth and 12th, respectively, on the list of businesses with the most SBA loan approvals.

Although the digital experience has captured more of our retail dollars, it has yet to have an impact on the American appetite for good food and drink. Breweries had the least amount (just under 4%) of defaults from 2006 through 2015. And in 2016 alone, limited- and full-service restaurants received a total of 5,124 SBA loans, making them the top two categories to receive funding that year.

It’s a trend that suited Tallahassee, Florida-based couple — and SBA loan borrowers — Robin and Steve McGowan just fine. When they met 35 years ago, they knew they wanted to open a neighborhood bar, but they put that dream on hold to raise a family. Two days after Robin retired from her corporate job at a cosmetics company, they got to work, and McGowan’s Hops and Grapes opened a year later, almost to the day.

Since then, the bar has attracted a loyal following in the northeast corner of the city, targeting a demographic outside the college-bar culture in the home of Florida State University, Robin says.

“If you could hear the amount of times I hear in a day, ‘I am so glad you’re here, and you’re offering something different’,” she says. “We have a line out the door waiting to get in Thursday, Friday and Saturday.”

More on SBA loans from NerdWallet 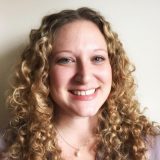 Jackie Zimmerman is a former small-business and personal-loans writer for NerdWallet. Her work has been featured by USA Today and Money.com. Read more