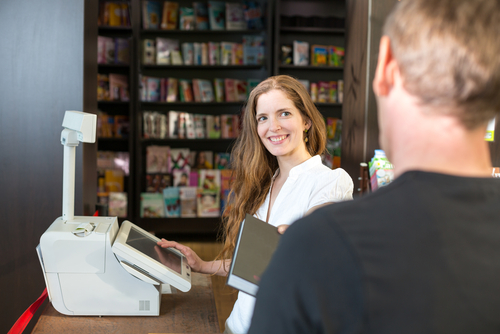 Small business has been taking it on the chin, yet optimism is rising.

It has been a difficult time in the U.S. for small business owners. The financial crisis not only stifled growth, it hampered many businesses for years as consumer spending declined. Then banks tightened credit, making it difficult for businesses to expand or obtain working capital. The Affordable Care Act forced some businesses with more than 50 employees to lay off workers and cut hours, while an unprecedented increase in government regulation has cost millions.

Yet despite these struggles, the National Federation of Independent Business’ Small Business Optimism Index rose 1.4 points in May to 96.6, which was the highest reading since late 2007. It was also the third month in a row that the index rose. While the increase is encouraging, the optimism reflected in the so-called index may not be all it appears to be.

From 1973 to 2008, the index average was 100, so small business owner psychology remains in what is known as a “high recession reading.” The NFIB reports that “the index is still far below readings that have normally accompanied an expansion.”

NFIB’s chief economist, Bill Dunkelberg, said, “The four components most closely related to Gross Domestic Product and employment growth (job openings, job creation plans, inventory and capital spending plans) collectively fell one point in May. So the entire gain in optimism was driven by soft components such as expectations about sales and business conditions. With prices being raised more frequently in response to rising labor and higher energy costs it is clear that small businesses are unwilling to invest in an uncertain future.”

In other words, spending and hiring are not yet improving and it remains to be seen if they will. With revised first-quarter GDP coming in at -1.0%, it may signal that such behavior will be unlikely.

The survey indicates that the top three most important problems facing small businesses are taxes, government regulations and poor sales. It appears the present administration is not getting the message that a corporate tax cut and reduced regulation are what small business owners want and, given the weak economy, is what they also need.

There were positive takeaways at the granular level. Job creation plans increased 2% to a net 10% of firms planning to create jobs, which is about the level we see in a growing economy. The net percentage of all owners reporting higher sales in the past three months increased by 1%, to -1%. That’s not so rosy, but considering this figure was at -34% in 2009, small business owners consider it a victory.

Expected sales volumes are increasing, although that hasn’t yet translated into hiring more workers. The net percent of owners expecting better business conditions in the next six months is 0% – meaning just as many expect better as expect worse. Again, that’s not so rosy, but it’s better than the -18% seen just three months ago.

It also appears that inflation will continue to eat at our wages, as 22% of owners plan to raise the average price of their products in the next few months.

On the credit front, which is what NerdWallet always watches, 53% of owners said they don’t want to borrow money, 30% said their credit needs were met, and only 5% said their needs were not met. That’s a good lesson for us all – draw down credit only when you need to.