What is This Random Charge On My Credit Card?

It can mean credit card theft, but there are legitimate reasons for them to appear on your statement, too.

If you’ve been reviewing your credit card statements online, you might have occasionally noticed a random $1 charge — often noted as “pending” — among your list of purchases.

Some fraudsters might do a trial run on victims’ credit cards, charging $1 to $5 to see whether anyone notices before they run up larger charges. But oftentimes, a small charge is legit — at least temporarily.

Where do those small charges come from?

If you look at your list of pending purchases, you’ll probably discover that a random charge bumps right up against a charge from a petrol station, hotel, rental car or rideshare company like Uber or Ola. That’s because the small charge is actually a “temporary preauthorisation hold” from your credit card company, basically giving the merchant the green light to charge your card for the full amount when your final purchase is made. By preauthorising your card for a small amount like $1, the card company doesn’t have to place a larger hold against your account.

The charge disappears when the final amount you’ve spent with that merchant is no longer pending. The preauthorisation is lifted, and that random charge doesn’t show up on your final statement.

Getting your first credit card? Whether you’re a beginner or a credit card pro, make sure you know how to handle a credit card responsibly. It’ll save you time, money and frustration.

Why do I only see it with certain purchases?

Some kinds of merchants require preauthorisation, while others don’t. Certain retailers — typically Amazon as well as petrol stations, hotels and rent-a-car companies — don’t yet know the final cost of your purchase when they accept your credit card.

For instance, when you initially swipe your card at a petrol pump, the station doesn’t know how much it’ll take to actually fill your tank. That’s why the merchant preauthorises your card; that way, they’ll be pretty sure that you won’t charge more than your credit limit will allow.

When should I worry about a $1 charge?

The $1 that’s charged to your card when you rent a car or stay at a hotel should automatically drop off of your account when your final purchase shows up on your statement. In fact, once the final charge is no longer pending, you shouldn’t see the $1 pending charge anymore.

But if you notice that the small charge doesn’t automatically disappear, or you see multiple charges showing up on your final credit card statement, it’s time to get in touch with your bank and find out what’s going on.

The takeaway: Those funny little $1 charges that keep popping up on your credit card account are usually nothing to worry about, and they should disappear before you’re required to make a payment. Just be sure not to ignore any unauthorised $1 costs that stick around. Those could indicate a problem.

If you’re in the United States, read this article on the NerdWallet US site.

Katia Iervasi is a lead writer and spokesperson at NerdWallet US. Originally from Sydney, Australia, she earned a B.A. in communication from Griffith University before moving to New York City. Her writing and analysis has been featured in The Washington Post, Forbes, Yahoo, Entrepreneur, Best Company and FT Advisor.

Applying for a credit card only takes a few minutes, but there’s more to it than submitting your information.

How Is Credit Card Interest Calculated?

Your credit card’s annual purchase rate determines how much you’ll pay in interest. 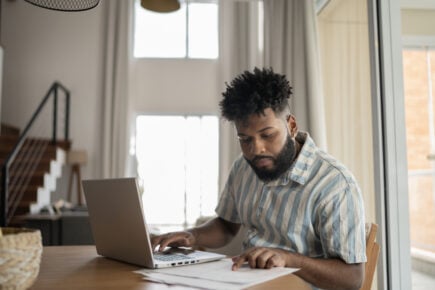 What Affects Your Credit Score?

Your credit scores are determined by several factors, such as whether you pay bills on time and the length of time you’ve used credit. 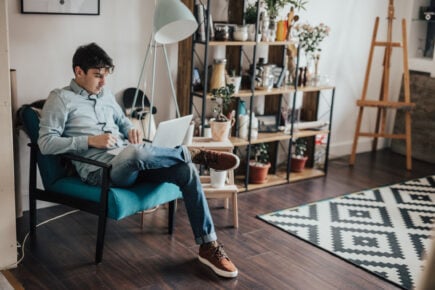 Managing your money is the key to living your best life. Set yourself on the path to financial freedom by developing these key money management skills. 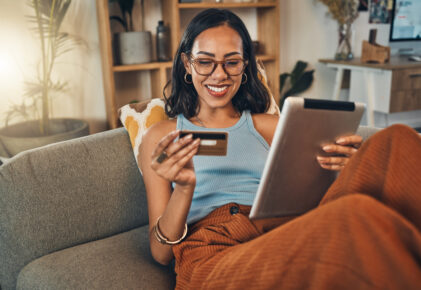 What Are Zero-Interest and Interest-Free Credit Cards? 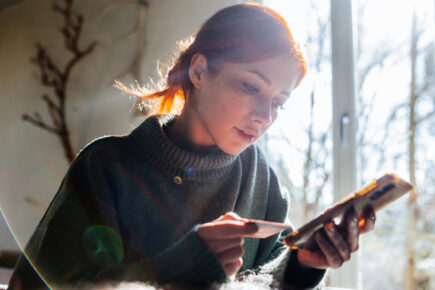 What Is a Low Rate Credit Card? 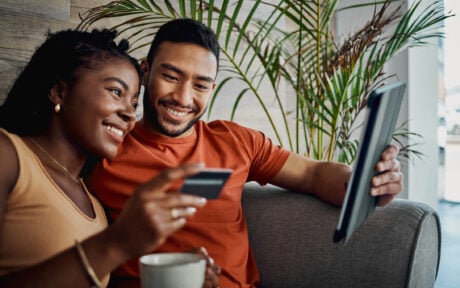 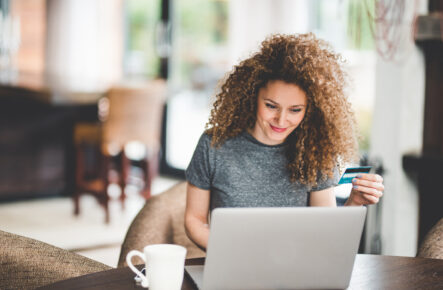 What is a Credit Card Minimum Payment?