Canadian merchants can now charge consumers an extra 2.4% just for swiping a Visa or Mastercard. How many businesses will charge the fee remains unclear.

As of October 6, 2022, Canadian business owners (excluding those in Quebec) can charge customers a fee — also known as a surcharge — of up to 2.4% for certain credit card transactions.

The fee won’t pop up on receipts until the first week of November because businesses must provide at least 30 days’ notice to their card network and acquirer before charging the fee. And it’s unclear how many businesses plan to do so.

Still, many are worried about the added expense and how it might detract from the value of credit card rewards. Here’s what you need to know about the fee and how it may impact your wallet.

Credit card processing fees, also called interchange fees, cover the costs of using credit card networks. Up until now, Canadian business owners were responsible for paying these fees. But merchants now have the option to pass this fee on to customers.

In 2021, multi-million dollar class action lawsuits were brought against Visa, Mastercard, and a collection of banks on behalf of Canadian merchants who accept credit cards. The suits claimed that credit card processing fees charged by these networks were prohibitively expensive and restrictive.

In response to the lawsuit, Visa and Mastercard agreed to let Canadian business owners pass the fee along to their customers. Due to consumer protection laws, businesses in Quebec can’t charge their customers the fee.

Some argue that merchants have always baked the cost of credit card transactions into their prices. If true, Canadian consumers confronted with the fee will now pay twice for swiping their credit card.

It’s possible that merchants who elect to charge processing fees will lower sticker prices they’d previously inflated to account for the cost of accepting credit cards — but this will be difficult for customers to verify.

Not all merchants plan to charge the fee

Since not all businesses plan to charge for credit card transactions, these fees — so long as they’re clearly advertised to customers (and they should be) — should be relatively easy to identify and avoid. But sidestepping the added cost of swiping your credit card may be tough if a business opts to raise prices in lieu of charging a processing fee. The CFIB survey found that 28% of small businesses plan to simply increase their prices to cover the credit card fees.

Telecommunications giant Telus is one of the larger businesses that initially planned to implement a 1.5% version of the credit card processing fee. After expressing its intentions, it was inundated with a tide of customer complaints. Amid the public backlash, the Canadian Radio-television and Telecommunications Commission responsible for approving the surcharge on Telus’ behalf has put off its decision until early December.

Merchants can charge up to 2.4% per transaction — and must disclose it

Processing fees are capped at 2.4% per transaction, and it’s not yet clear how many businesses will choose to pass them on to consumers, or how much they’ll choose to charge.

Companies are legally required to disclose processing fees to customers. Disclosures should be visible at storefront entries and on websites for online businesses. The fee will also appear as an itemized dollar amount on receipts. If a chargeback is needed, in cases of fraud or disputed charges, the surcharge will be credited back to the customer.

As frustrating as it may be to pay an extra fee when swiping your credit card, it’s a practice that’s been underway in the United States since 2013. Surcharge laws vary, but most U.S. states allow businesses to charge fees of up to 4% of the purchase price for credit card transactions.

The fee will hurt most on big-ticket items, essentials

Amid sky-high inflation and the looming pressure of holiday shopping, the last thing consumers need is a fee eating into the worth of their hard-earned dollar. But just how much will Canada’s new credit card fee cost?

Places you routinely spend big are one place the new fee will hurt — like the grocery store. The average Canadian family of four spends just shy of $14,000 on groceries annually, according to the 2021 edition of Canada’s Food Price Report. Paying an extra 2.4% on a grocery bill like that would amount to an additional $336 per year.

Big, one-time purchases may also be cause for concern if retailers implement the fee. For example, let’s say you’re sizing up home renovations for the new year:

This processing fee becomes even more costly when you carry a balance on your credit card.

If you rely on your credit card for transactions you can’t cover outright, processing fees will increase your outstanding balance and interest accrued.

For example: let’s say you put the cost of that new $10,000 deck on your credit card and plan to pay the balance down over the course of six months. If your contractor charges a processing fee, you’ll generate interest on $10,240 — not $10,000. And the longer you take to pay down your bill, the more interest you’ll pay.

And here’s the thing: paying extra at the cash register isn’t the only downside. These processing fees could also eat into the value of credit card rewards.

If you have a cash-back credit card, it isn’t tough to see how a processing fee could detract from the rewards you earn for using it. Earn 2% cash back at the grocery store but get charged a 2.4% fee for using your card? You’ll fork over the entirety of your cash-back reward to cover the processing fee, plus 0.4%.

Things get more complicated with credit cards that earn points or miles, but the fee will detract from the value of those rewards programs, too. Take Aeroplan points, for example. According to NerdWallet analysis, 1 Aeroplan point is worth 1.69 cents for economy class awards on Air Canada, although redemption values vary. Circle back to the grocery store example, and you’d need to earn a whopping 19,881 Aeroplan points just to break even on the additional $336 per year you’d spend on groceries using your credit card.

When you have a credit card with an annual fee, you want to get more than you give, which means earning more in rewards than you spend to hold the card. With the new processing fee in place, this will become significantly more challenging for Canadian credit card holders.

Avoiding the fee will be possible, but annoying

The simplest way to avoid the new fee is to put your credit card away when you shop at businesses that charge them.

If you aren’t sure whether a business charges processing fees, just ask. If it does, consider your credit card’s annual fee and the value of any rewards it earns before you swipe. The bottom line? It may not be worth it.

Instead, choose to pay with cash, a debit card, or prepaid card, rather than a credit card. Debit and prepaid cards are much cheaper for merchants to accept, and as such, aren’t subject to the potential 2.4% fee.

Can You Buy Bitcoin or Other Crypto With a Credit Card?

There are ways to buy Bitcoin and some other cryptocurrencies with a credit card, but the process can be complex and involves extra fees.

How to Transfer a Credit Card Balance

A balance transfer offloads high-interest debt to a low-interest card. Learning how to transfer a credit card balance strategically can save a lot of money.

Metal Credit Card: Should You Get One?

Canada’s metal credit cards are flashy, but is there any substance behind the style? Here’s how bonuses, perks and fees set them apart. 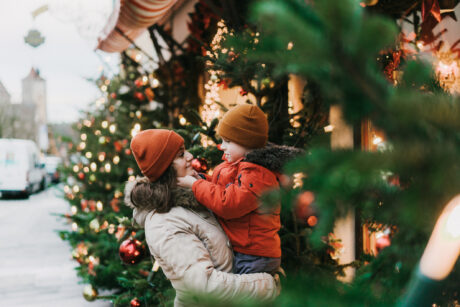 6 Reasons to Put Holiday Gifts on a Credit Card (Even If You H... 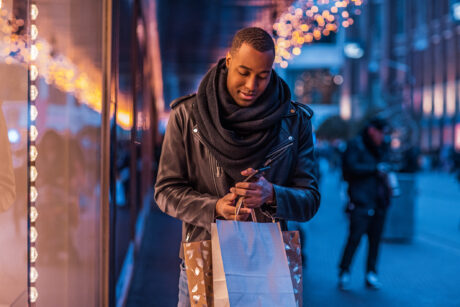 Shoppers and Businesses Wary of New Credit Card Fee Ahead of H... 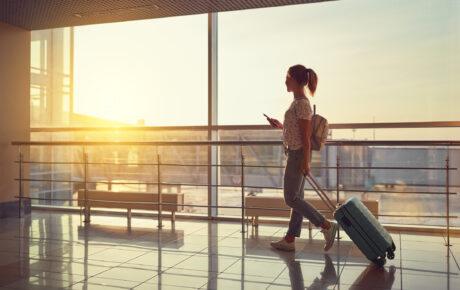 3 Ways a Credit Card Can Safeguard Your Holiday Travels

How to Choose a Secured Credit Card

Sandra MacGregor
Back To Top