How to Choose Between Fixed and Variable-Rate Mortgages

Variable-rate mortgages generally offer lower rates and but could result in payments that increase over time. Fixed-rate mortgages have higher rates, but guarantee your mortgage payment stays the same

Whenever you get a mortgage, one of your first choices is deciding between fixed or variable rates. It’s easily one of the most significant decisions you’ll make since it’ll affect your monthly payments and the total cost of your mortgage over time.

While it may be tempting to go with the lowest rate you’re offered, it’s not that simple. Both types of mortgages have their pros and cons, which is why you need to understand how fixed-rate and variable-rate mortgages work before you make your decision.

What is a fixed-rate mortgage?

Although most people go with five-year terms, you can get a fixed-rate mortgage with a term anywhere from six months to 10 years from some lenders. The shorter the term, the better the rate you’ll usually get. Choosing a longer term means you’re essentially buying certainty, but you’ll have to sacrifice lower interest rates to do so.

What is a variable-rate mortgage?

But whether your interest rate goes up or down, you’ll still pay the same amount each time you make a mortgage payment. The difference is in how much is applied to the principal and the interest. When the interest rate goes up, more of each payment goes toward interest; when rates go down, more of each payment goes toward your principal, which will help you pay off your mortgage faster.

Pros and cons of a fixed-rate mortgage

Even though fixed-rate mortgages are more popular than variable-rate mortgages, it’s important to consider the pros and cons before making a decision.

Pros and cons of a variable-rate mortgage

Many people are naturally attracted to variable-rate mortgages because the interest rates are lower than for fixed-rate mortgages. That said, rates can change at any time, so you need to look at the pros and cons before choosing your mortgage.

How to choose between a fixed vs. variable mortgage

The debate between fixed vs. variable mortgages may seem easy, but many different factors can affect your decision. Traditionally, fixed-rate mortgages have been more popular, but variable-rate mortgages have saved homeowners more money most of the time. That said, with such low interest rates available in recent years, many people are flocking towards fixed rates.

Here are some things to think about before making your decision:

While many people look strictly at the numbers when debating fixed vs. variable mortgages, it’s not that simple. Interest rates can change at any time, so it’s really a coin toss when it comes to which one will save you more money. You might be better off looking at your risk tolerance and thinking about how you’ll feel about changing interest rates.

Barry Choi is a personal finance and travel expert. His website moneywehave.com is one of Canada's most trusted sites when it comes to all things related to money and travel.

What to Know About Mortgage Pre-Approval

Mortgage pre-approval is a lender offer to loan you a certain amount under specific terms, with your interest rate locked in for 90-130 days.

How Much House Can I Afford?

How much mortgage you can afford depends on the size of your down payment, your debt service ratios and other factors.

What Are Debt Service Ratios?

Ready to buy a home? See if you qualify as a first-time home buyer, find government help and get tips for choosing the right mortgage.

Clay Jarvis
On a similar note…

5 Things to Know if Your Mortgage Renews in 2023

Will the First Home Savings Account Help You Buy a House? 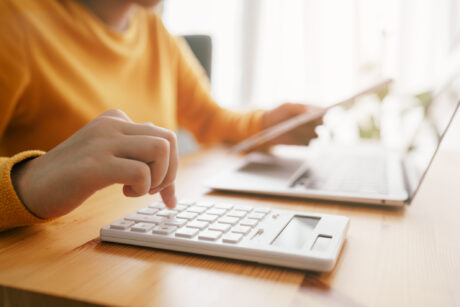 8 Ways to Protect Your Home While Away for the Holidays