How Does “Buy Now, Pay Later” Work in Canada?

Buy now, pay later is a point-of-sale financing option that divides the total cost of a purchase into several smaller payments, often without charging interest or fees.

“Buy now, pay later” is taking Canada — and the world — by storm. Often offered by online retailers at the time of check out, this short-term financing option allows you to break up the cost of a purchase into several smaller payments.

What is buy now, pay later?

Buy now, pay later, or BNPL, allows you to divvy up an online purchase into multiple payments, often at 0% interest and without fees. Generally, the first payment is due at the time of sale and the rest is split up over a pre-set number of payments, the most common being four total payments over six weeks (though payment plans and fee structures vary by program).

For example, if you want to make a $300 purchase, you would pay $75 when you checkout, then make three additional payments of $75 every two weeks until the remaining $225 is paid.

Buy now, pay later is a fast-growing global e-commerce payment method. In fact BNPL payments are expected to grow at 55% per year in Canada, reaching a total of over $5 billion CAD by the end of 2021, according to a report by ResearchandMarkets.com.

Here are the most common buy now, pay later companies in Canada (in no particular order):

Klarna is a shopping app for your mobile device that lets you browse online merchants, create wish lists and get price drop alerts. Purchases you make via the app are spread out over four interest-free payments.

Affirm is available at checkout with merchants who use the platform. You have a choice of payment schedules and you manage payments through your online account.

PayBright (owned by Affirm) gives you two payment options: four interest-free, bi-weekly payments (for smaller purchases), or monthly payments spanning six to 60 months (some of which include interest charges). Check the website for a list of merchants offering PayBright.

Choose ZIP at checkout with select merchants and your purchase will be divided into four interest-free payments over six weeks. ZIP is currently developing apps and an online shopping platform.

Select Afterpay at checkout at participating merchants and you’ll have the ability to make four interest-free payments over six weeks.

Shop through the Sezzle app and split your purchase into four interest-free payments over six weeks.

Should you use buy now, pay later?

Here are some pros and cons to consider before saying “yes” to buy now, pay later.

» MORE: How do credit inquiries work?

» MORE: How to handle debt

If you’re not sure that buy now, pay later is right for you, but don’t have the cash to cover an upcoming purchase, consider these other financing options.

Credit card installment plans are different than buy now, pay later options, though there are some similarities in how they work. Some credit cards offer plans with set fees to pay back single purchases or entire balances over time. These fees are typically lower than standard credit card interest rates. Costs vary; plans may involve initial setup costs, monthly processing fees and percentage-based charges.

A low-interest credit card (or one with an initial 0% interest offer) may give you the flexibility to pay off your purchases slowly without incurring interest charges. If the low interest rate is part of a promotion, make sure you’re aware of what the standard interest rate will be, and aim to pay off the balance before it kicks in.

With a personal loan, you can borrow a lump sum and make payments over a set period of time, often longer than what buy now, pay later allows. But personal loans require a hard credit check, may involve fees and you’ll pay interest at a fixed or variable rate. Personal loans may be most useful if the purchase is so large that splitting it into just a couple of installments would lead to unmanageably large payments.

A line of credit, secured or unsecured, provides you with a certain amount of credit that you can borrow against at your leisure, typically at a lower interest rate than most credit cards and personal loans.

Nora Dunn is a former financial planner, and has been a digital nomad since 2006. On her site, TheProfessionalHobo.com, she decodes financially sustainable long-term travel. She's on FB and IG @theprofessionalhobo.

How Credit Card Fraud Happens and How to Prevent It

Credit card fraud can happen if your information is lost or stolen. Protect yourself by learning how to detect and prevent fraudulent activity.

What Is Identity Theft?

Checking your credit report won’t hurt your credit score. Learn how to check for free in Canada so you can start to rebuild your credit history.

Scams to Watch Out for in Canada

Scams in Canada come in many forms — phone calls, emails, text messages and more. Learn to identify scams, protect yourself and report fraud. 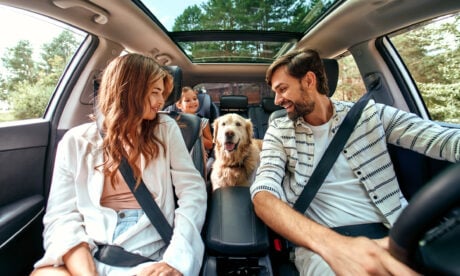 13 Fuel-Efficient Tips to Help You Save On Gas