Should You Stash Cash in an RRSP or TFSA?

Both RRSPs and TFSAs have tax advantages. To decide where to stash your savings, consider your income, tax bracket and existing savings.

When I set out to write this story, I thought it would finally prove my theory that TFSAs are better than RRSPs.

Convinced that too many Canadians are distracted by the immediate tax deduction and potential tax refund offered by RRSP contributions, I wanted to show everybody the true potential of TFSAs.

After years (decades, even) of tax-free compound growth, surely a TFSA would yield better value than an RRSP, which is fully taxable on withdrawal, right?

Turns out, it’s not that simple.

Before diving into the nitty-gritty details to compare these retirement savings options, let’s brush up on terminology.

An RRSP (registered retirement savings plan) is a tax-deferred investment vehicle. RRSP contributions are tax-deductible, which means they reduce your taxable income. The money inside your RRSP grows tax-sheltered. However, when it comes time to withdraw money from your RRSP, every dollar is taxed as income.

A TFSA (tax-free savings account) is not just tax-deferred; it’s tax-free. While TFSA contributions aren’t tax-deductible, the money in a TFSA grows — and can later be withdrawn — tax-free. TFSAs are also more flexible than RRSPs, allowing for withdrawals at any time, and the amount you withdraw is added back to your contribution room the following year.

RRSP or TFSA: Is one better than the other?

In hope of proving that RRSPs are overrated, I turned to a 2020 report by Jamie Golombek, managing director of tax and estate planning for CIBC Private Wealth, titled Blinded by the “Refund”: Why TFSAs May Beat RRSPs as Better Retirement Savings Vehicles for Some Canadians. With a title like that, surely this guy would be in my corner.

I was surprised to learn that in fact, it’s designed to be a wash. You’ll end up with the same amount of after-tax cash by contributing to an RRSP as you would to a TFSA — assuming your marginal tax rate is the same on your contribution and withdrawal dates.

Example: If you invest $5,000 in pre-tax income in a TFSA and RRSP, assume 5% growth over 20 years, and account for a 40% tax rate on contribution and withdrawal, both accounts will yield exactly $7,960 in after-tax cash.

Here’s the but (and it’s a big one): This strategy doesn’t work if you use your tax refund to book a trip to Cancun. “The refund associated with an RRSP contribution should not be considered a windfall but rather the present value of the future tax payment that will have to be made on the ultimate RRSP withdrawal (assuming tax rates are constant),” explains the CIBC report.

In other words, your RRSP contribution must be considered “pre-tax,” which means the refund must be invested in something tax-deferred (either the RRSP or a TFSA) for the numbers to work out.

If you don’t reinvest the refund associated with your RRSP contribution, and instead invest the exact same dollar amount in both the RRSP and TFSA, then the TFSA ultimately comes out ahead.

If you’re in a higher tax bracket during your working years, contributing to an RRSP is actually more favourable. That’s because you’ll get a larger refund for your contribution, which, when reinvested, will grow to a larger amount. Then, once you’re retired, and presumably in a lower tax bracket, your RRSP withdrawals will be taxed at a lower rate.

But back in 2010, a report by the C.D. Howe Institute, a not-for-profit research institute focused on economically sound public policy, challenged the assumption that tax rates are lower in retirement, stating that “[f]or many Canadians, investing for retirement on a tax prepaid basis — such as in a TFSA – may be more advantageous.”

Canadians with modest incomes have additional considerations. In another report, published before the advent of TFSAs in 2003, the C.D. Howe Institute contends that “for many lower-income Canadians, RRSPs are a terrible investment,” suggesting that RRSP savings would actually be considered futile because the subsequent taxable withdrawals in retirement would result in the clawback of income-tested retirement benefits like the guaranteed income supplement (GIS).

RRSPs and the Home Buyers’ Plan

RRSPs aren’t necessarily just for retirement savings, though. They’re also a good choice for prospective first-time homebuyers, says Trevor Jaundoo, CPA, CA, and owner of the Ontario tax and accounting firm, WJ Professional Corporation. That’s because RRSPs allow you to borrow up to $35,000 from your savings through the Home Buyers’ Plan.

Jaundoo shows clients how to accelerate their savings by using an RRSP, which can help them accumulate a down payment and buy a home faster.

For example, say you make a $10,000 contribution to your RRSP. It could reduce your taxable income and produce a $3,000 refund. If you front yourself the $3,000 with a retirement savings plan loan or line of credit, you could boost your RRSP contribution to $13,000 and further increase your estimated refund, which you could again support with the RSP loan or line of credit. With additional strategizing, you could turn $10,000 in cash into up to $17,000 in RRSP contributions per year, Jaundoo says.

Of course, a strategy like this assumes you get the loan in January or February (since RRSP contributions before March 1 are deducted from the previous calendar year’s taxes), and pay it off in full when your refund arrives a couple of months later. Thus, interest payable on the loan is minimal. The upside is a much faster accumulation of funds in your RRSP, which can in turn help you buy a home earlier than if you were simply saving with after-tax dollars.

RRSP or TFSA: The choice is yours

While Jaundoo emphasizes the benefits of RRSPs for first-time homebuyers, he also notes that it’s not a case of RRSP vs. TFSA. Instead, he recommends savers use both accounts, and choose when to contribute to each one based on their financial situation and goals.

He also suggests consulting with a Certified Financial Planner or other financial professional who can help  determine the best course of action for your situation, and can accurately account for all sources of estimated retirement income and tax consequences in their projections.

So, on the question of which is a better place to stash your cash, where does that leave us?

As much as I initially wanted TFSAs to win this battle, I now realize RRSPs and TFSAs are teammates rather than opponents.

Even if I wanted everybody to ditch RRSPs altogether, I see now that a TFSA alone rarely has sufficient allowable contribution room to cover most people’s retirement needs, especially if no pension plan is available. And when used in conjunction with RRSPs, TFSAs then have added flexibility to help with other financial goals.

In addition to the factors discussed above, here are some more reasons to consider contributing to an RRSP:

Here are some additional criteria that make a TFSA preferable:

If you are struggling to determine which is best for you, consider your career trajectory, current and projected income and marginal tax rates, cash flow, retirement income sources, and financial/life goals, and, if possible, enlist a professional to help you run the numbers.

Nora Dunn is a former financial planner, and has been a digital nomad since 2006. On her site, TheProfessionalHobo.com, she decodes financially sustainable long-term travel. She's on FB and IG @theprofessionalhobo.

TFSA vs. RRSP: What is The Difference and How to Choose

An RRSP defers tax until you withdraw the funds. With a TFSA, you pay income tax first and won’t pay tax on the withdrawal. Both have their purpose.

How to Start Investing: 6 Steps for Beginners

To start investing in Canada, first determine your strategy, compare investment platforms and prepare to open and fund an account.

What You Should Know About RRSP Withdrawals

You can withdraw from your registered retirement savings plan at any time, but withdrawals made before you turn 71 can lead to significant penalties.

How to Invest in a TFSA

A TFSA can be used to maximize your interest-bearing or capital gains and dividend investments as a way to grow wealth tax-free.

Nora Dunn
On a similar note… 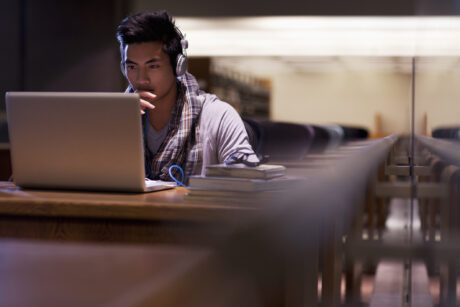 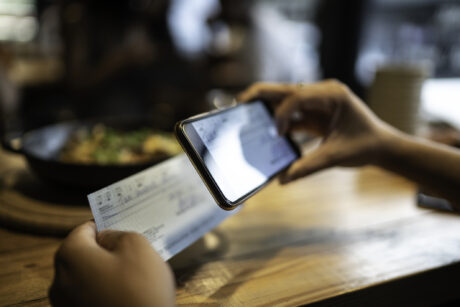 How to Set Up Online Banking 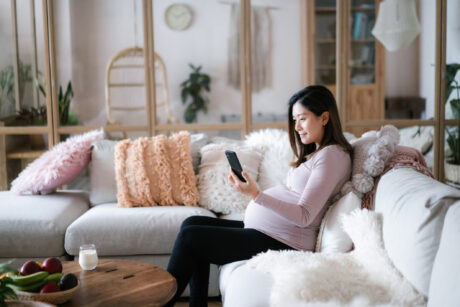 What is Digital Banking?