Exchanging Canadian Currency: How to Find the Best Rates

Whether you love to travel, fly overseas for work or just enjoy the occasional jaunt across the border, you may find yourself needing to convert your Canadian dollars into foreign currency (especially if you’re not packing an international credit card).

Knowing how to exchange currency and how to get the best currency exchange rates could save you a significant amount of time and money.

What is a currency exchange?

A currency exchange is a business that allows you to trade one country’s money for another country’s money, such as converting Canadian dollars to U.S. dollars.

In Canada, the common places to exchange currency include:

Exchanging currency is a lot like buying an item, but in this case, you’re buying another country’s currency. You can exchange currency online or in person, depending on which type of service you use.

Many banks offer currency exchange calculators on their websites. Note that these websites may also show “non-cash exchange rates.” This rate applies only to conversions of things like cheques and bank drafts, and it tends to be more favourable. Before confirming a currency exchange, make sure you’re seeing rates for the type of transaction you wish to conduct.

How to find the best currency exchange rates

While some exchange services, like those offered by banks, may appear to be free, be aware that you’re still paying a fee in the form of a “spread,” the difference between the price the bank or exchange service paid for the currency and the marked-up price at which they sell it to you. The spread is essentially a fee buried in the conversion rate. Some services may charge an additional fee on top of the spread, which is why it’s vital to shop around before you exchange currency.

To get an idea of whether or not you’re getting a good rate, it’s smart to use a tool like the Bank of Canada’s Currency Converter. The convertor will show you the average aggregated prices offered from financial institutions.

Remember that rates fluctuate often and do not necessarily reflect market prices because of the spread. However, knowing the Bank of Canada’s rate will give you an idea of whether you’re getting a fair exchange rate or not.

Banks and exchange services tend to offer better rates than the exchange kiosks you’ll find in airports and train stations. That’s because those kiosks have a “captive” tourist audience and don’t have as much need to be competitive.

Two main alternatives to exchanging currency are using your credit card to make a foreign purchase or withdrawing cash from an overseas ATM.

Using an ATM to withdraw cash at your destination is another option. However, it could come with extra costs, such as fees charged by the ATM provider. Also, your bank may charge foreign exchange fees, conversion fees, or out-of-network ATM fees.

How to Transfer Money in Canada

Interac e-Transfer: How to Send and Receive Money Electronically

Interac e-transfer is a fast, secure and easy method many Canadians use to send money to other people or institutions using an email address or phone number. 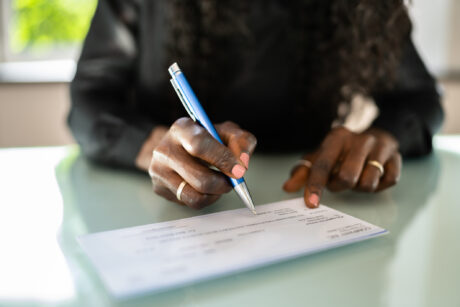 How to Read a Cheque

Self-Directed RRSPs: What to Know

How Car Loans Work in Canada

How Business Loans Work in Canada