Does Canada Have a Universal Basic Income?

Canada does not have a national universal basic income (UBI), but the financial impacts of COVID-19 have renewed interest in the possible benefits of a UBI program.

However, a few regions of Canada have experimented with UBI. Canada’s first experiment with UBI started in 1974 in rural areas of Manitoba. Known as “Mincome,” for minimum income, the program ran until 1979 when it was ended by the federal government [1].

The program focused on low-income individuals and families, guaranteeing a minimum income (for example, a family of four would receive at least $16,000 a year). The results of Mincome were never extensively explored, though there are reports that recipients’ mental and physical health improved and high school graduation rates rose.

In 2017, another UBI experiment took place in Ontario [2]. Four thousand low-income people in Hamilton, Lindsay and Thunder Bay were selected to receive $16,989 per single or $24,027 per couple (minus 50% of any earned income). The pilot program, which was introduced by the provincial Liberal party and was intended to last three years, was terminated just one year later by the newly elected Progressive Conservative provincial government. Despite the early ending, recipients reported experiencing improved health and mental wellbeing and reduced amounts of smoking and drinking.

Though Canada’s UBI experiments have been inconclusive, there is continued interest throughout the country in adopting a universal basic income program. The COVID-19 pandemic, which led to financial and job insecurity for many people in Canada and across the globe, highlighted the vast gap between the wealthy and the poor and has led to renewed interest in the possible benefits of a UBI program.

What is universal basic income?

While there is no one standard agreed-upon definition of universal basic income, generally it involves a government giving money to its citizens, regardless of their employment status. The money has few, if any, conditions or requirements, and it’s intended to ensure that all residents can afford to meet their basic needs. Many UBI proposals suggest giving out this money each month.

Nerd tip: Universal basic income is not the same as a minimum wage, which Canada does have. Minimum wage is the lowest amount an employee can legally be paid per hour.

The two most common approaches to UBI include:

Proponents of UBI say that it will help alleviate poverty and would allow people to live with greater dignity as equal members of society.

Critics say that UBI would disincentivize some Canadians from working, would take money away from other government supports (such as disability services) and would lead to higher taxes.

What countries have universal basic income?

Only two countries have had national universal basic income programs: Mongolia and Iran. Those programs only lasted a short period of time before they were discontinued, and there is little definitive information on whether or not they were successful.

However, many countries have tried or are presently running small-scale, UBI-like pilot programs to determine whether such programs could work. These countries include Finland, Spain and Kenya.

Assistance programs if your income is insufficient

Canada has some federal income assistance programs to help citizens who may temporarily be without an income or who need to supplement their income. For example, you or your loved ones may qualify for:

Provinces and territories also offer their own income assistance programs.

How to increase your income

Online jobs and side hustles have become popular ways to earn extra money in Canada, because they can be done from home or in your spare time.

You can also investigate ways to generate passive income, such as putting funds into a high-interest savings account, earning interest or dividends from investments, and renting out a property or a room in your home. However, many of these options aren’t totally passive and require a fair amount of money, effort, or both, to get started 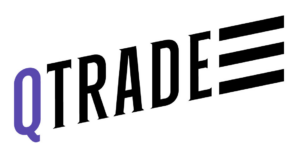 How to Make Money Online

Tax Credits in Canada: What They Are and How to Use Them

Tax credits help Canadians by reducing their tax bill. Tax credits exist for parents and caregivers, students, those with disabilities, retirees and more.

Canadian beginners ready to start investing will want to explore their strategy options before selecting a broker and opening an account.

Financial Therapy Is a Real Thing. Do You Need It?

Self-Employed Taxes in Canada: What You'll Pay, How to File