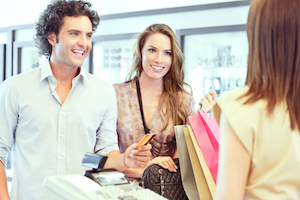 It’s been widely observed that parents today are more immersed in their children’s lives than the parents of yesteryear. In fact, this involvement has started to extend into a “child’s” 20s and 30s.

This leads many parents to wonder how long they should keep worrying about their kids’ affairs, especially when it comes to financial matters. For instance, should you be concerned about your grown child’s credit card habits? If you’re not sure how to answer this question, take a look at the Nerds’ tips below.

When you’re around someone a lot, it’s impossible not to notice how they’re spending their money. It doesn’t make you judgmental or overbearing to observe that your grown child is using his credit card a lot, but it’s inappropriate to speak up until you’re pretty sure there’s a problem (more on that in a minute). You might be mom, but when it comes to your adult child’s credit card spending, mum’s the word.

If you think your son or daughter is reaching for the plastic too often, you might wonder if there are any warning signs you should watch for. In other words, when does heavy credit card use cross over into dangerous territory? These are some indicators that your grown child might have credit card problem:

This list isn’t exhaustive, nor does any one indicator signal a serious issue. But if you notice some of these behaviors, it might be time to consider stepping in.

If you read over the list above and became concerned that your adult child is heading down the path to financial ruin, it’s time to think about intervening. You’ll need to do this tactfully, so be sure to consider the following dos and don’ts of confronting your grown child:

Do pick a day to discuss your concerns that’s not emotionally charged. For instance, a holiday or birthday isn’t a good time for this kind of conversation.

Don’t attack. Your message should be clear, but there’s no need to start off on the offensive. A simple, “So, how are you doing with money?” is a good, non-confrontational way to get the ball rolling.

Do let them steer the conversation. After your casual opening, let your child offer financial details that they feel comfortable with. Then, find a way to express your concerns using what they’ve told you.

Do listen and offer support. Your grown child probably feels awkward and embarrassed that you’ve brought up the topic, so ease their worries by both acting as a sounding board for their money woes and providing advice when it’s appropriate.

Don’t push the issue. If your child refuses to discuss the matter, let it drop (see below).

Know when to back off

It’s natural for parents to be concerned about their children’s welfare, but it’s important to remember that grown children are just that – grown. Maintaining boundaries between parent and child is important, and discussing credit card habits is definitely pushing those boundaries. After all, you’re no longer in control of your child’s behaviors – if she wants to overspend, there’s nothing you can really do to stop her. If she becomes angry, defensive, or insulted that you’ve broached the topic, prepare to back off.

Dropping the credit card talk when your adult child asks you to is important for a couple of reasons. First, you don’t want to do any long-term damage to your relationship with your child by forcing him or her to discuss a subject that’s uncomfortable. Money is still taboo, even between parents and children – forcing the issue could cause a rift. Second, if your grown child is experiencing a credit card crisis but isn’t ready to deal with it yet, relentlessly talking it now will only make him dig his heels in. Eventually, your child will likely come to you for advice about dealing with spending and debt, but not if you keep nagging. Make sure to stay on the right side of the line between supportive and pushy.

The bottom line: Parents don’t stop worrying about their children just because they’re grown, so if you’re concerned about your adult child’s credit card habits, consider discussing it with him. Just be sure to maintain appropriate boundaries and drop the subject if your child insists.