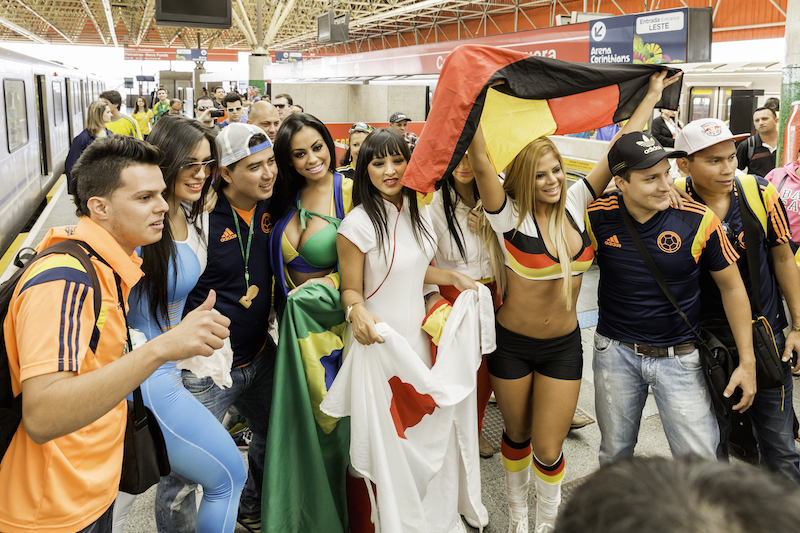 Sporting events can be very exciting, especially when world championships are at stake. Capacity crowds mean more than just being jostled around by sports fans. There is prime opportunity to get pickpocketed, especially abroad. In addition, data safeguards aren’t the same in other countries as they are in the United States. It’s best to be aware and prepared.

One of the strange benefits of living in the United States is that criminals have a certain code of honor. Either that or they’re genuinely fearful of authorities. Brazen attacks on people in broad daylight, in which wallets and purses get snatched, are uncommon.

That is not the case in other countries, where thieves are patient with tourists. They will watch from favorite positions, and operate in pairs or groups. Someone may bump into you, you turn left, and the purse hanging on your right shoulder is grabbed. Or a masked bandit on a scooter will whiz by the open-air café and snatch your belonging from your table before roaring off. Local police can’t always be counted on for assistance.

In massive crowds such as the World Cup, it’s easier than anywhere else to have your wallet taken from your pocket without you realizing it. Be aware walking in open markets, at night, and on public transportation.

Don’t get mugged by technology

Those are just physical thefts. There are higher-tech methods of grabbing important data.

Fake ATMs, or ATMs that have been infiltrated with skimming devices, are one common tactic. Plus, with wireless networks, skimming devices can immediately transmit stolen data to thieves, who can put that data right to nefarious use. Skimming is also more likely to occur in restaurants than in the United States, so never let anyone walk away with your card, although you are more likely to be safe in a high-end restaurant or hotel.

There’s another problem with credit card theft. Sure, you aren’t held liable for charges, but when you report your card as stolen, the account will be shut down. That’s why you should always bring multiple cards with you when you travel. A good idea is to place emergency cash and one credit card in the hotel room safe as soon as you arrive. Place another card in a location nobody would think of, such as under the inside lining of your shoe.

Brazil’s crime statistics statistics compared with other Western nations are not flattering. The State Department rates the crime in Brazil to be “critical.” There are 123 thefts per 100,000 inhabitants in the United States. Brazil has almost 3.5 times more – 415 per 100,000. It ranks fifth for countries with the highest identify-theft rate.

As always, common sense prevails, and it’s always good to have multiple contingencies in place should something happen to you.