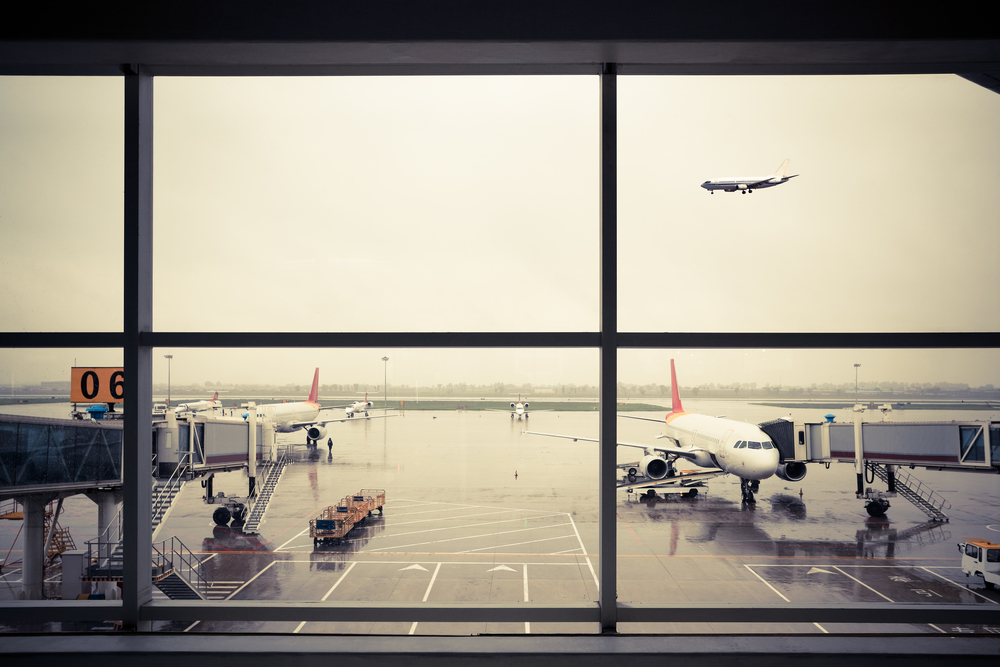 By Divya Raghavan and Willie Clark

Bay Area travelers already know flights at San Francisco International Airport are delayed more often than not, especially when it’s foggy, and this summer it could be even worse when half of the runways are shut down May 17. The four-month shutdown will close two runways to complete the final phase of the federally mandated runway safety project.

Even when construction isn’t taking place, SFO is one of the most delayed airports in the country, with an average delay of over an hour, according to the U.S. Department of Transportation. And SFO is also one of the most price volatile airports, a recent study revealed.

To explain the current situation, NerdWallet looked to the history of SFO’s delays

In 2013, SFO had an average on-timedeparture rate of 76%, the Bureau of Transportation Statistics found. The numbers were even worse for arrivals in 2013, with flights on time 73% of the time.

Delays are also longer than other U.S. airports, with departures and arrivals on average over an hour off schedule.

Of course, San Francisco’s fog and weather patterns are the primary culprits. When visibility is low, the Federal Aviation Administration allows airliners to land side by side if runways are at least 4,300 feet apart. But the distance between SFO’s runways is only 750 feet, so airliners instead arrive one at a time on foggy days, cutting SFO’s arrival rate in half to about 30 planes an hour.

In September 2013, SFO implemented a new FAA procedure to help ease congestion for arriving flights. The new routine, specifically created for airports with Closely-Spaced Parallel Runways (CSPR), is also in use at seven other U.S. airports, including Newark, Boston and Seattle.

“This new CSPR procedure promises reduced delays within our existing runway configuration,” John Martin, SFO airport director, stated in a press release in November. Under the new plan, the CSPR procedure allows airliners to arrive in a staggered pattern with the goal of improving arrival times in poor weather.

“We don’t yet have quantifiable data on the number or duration of flight delays under CSPR, but we do know that it has increased our average arrival rate during bad weather,” Doug Yakel, SFO’s public information officer, said this week.

NerdWallet found that the data shows performance has actually gotten worse since the implementation of the new landing procedure intended to improve performance.

Looking at domestic flights from March 2013 to February 2014 — which includes 6 months of data with the new procedure — both the on-time percentage for departures and arrivals has dropped, from 76% last year to 75% for departures, and from 73% to 70% for arrivals.

Delays also are longer,  with the average departure delay growing to 62.87 minutes, up from 61.92 minutes last year. The average arrival delay of 66.55 minutes a year ago is now 67.94 minutes.

If we isolate data from February 2014, the most recent month tracked by the U.S. Department of Transportation Air Travel Consumer Report, SFO had only 56.3% of its arrivals land on time. For the same period, 65.8% of departures left on time.

In the Bay Area, SFO has 66.1% of the domestic flight market share, and 95.5% of the international flight market share. But, as growth of air travel continues to increase each year, congestion problems and delays are bound to get worse.

SFO’s runways were designed and built in the 1950s. The modern needs of the airport require new solutions, and although it is still too early to tell if the CSPR procedure will improve delays, other solutions deserve consideration.

Short of finding a way to control the weather, there is no magic bullet for solving SFO’s congestion problems. But there are a few options that could be studied:

SFO is a major economic factor in the region. An analysis of direct, indirect and induced impacts found that SFO contributed $55.57 billion in business revenue to the Bay Area in 2013.

Even with the delays, passengers recently ranked SFO fourth in Skytrax World Airport Awards for Best Airports in North America. And it was named Outside Magazine’s “Best Airport” after $138 million in renovations at Terminal 3.

Do you have a SFO flight-delay horror story? Do you have an idea how SFO can fix its delay problems? Let us know in the comments below.