If you’ve got some flexibility in your vacation schedule and are looking for a getaway this spring, consider taking advantage of popular destinations during shoulder season.

What is shoulder season? Shoulder season is the time between the high and low tourist seasons of a specific destination. For example, on a ski trip out West at the close of ski season or a trip to Europe right before the peak of summer, you’d generally find both smaller crowds and more affordable airfare.

If saving money and avoiding hordes of other tourists sounds like a winning plan to you, here are a few shoulder season destinations to consider.

Italian cities can be particularly crowded in the summer, but it’s possible to enjoy a much calmer experience — and relatively mild weather — during the early spring. Consider heading to Rome in April to enjoy fresh gelato, homemade pasta and amazing pizza.

We found flights for a 10-day trip from Los Angeles to Rome in early April for only $402 with American Airlines. 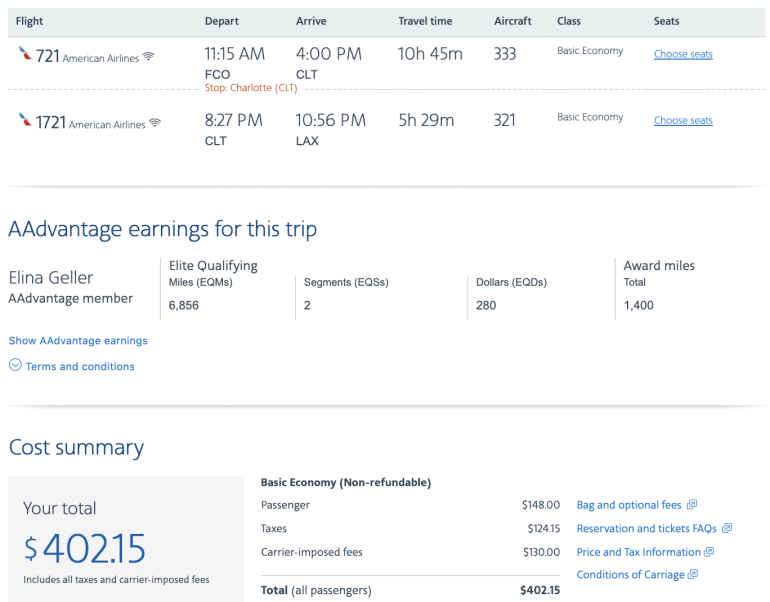 For that price you’d be flying American’s basic economy, whose many restrictions include that you don’t get a free checked bag and aren’t eligible to upgrade. However, you can earn 6,856 Elite Qualifying Miles (EQMs) for this flight, which isn’t bad given how cheap it is.


» Learn more: Guide to the American Airlines AAdvantage program
If you’re looking for a bit more flexibility (by way of a free checked bag and upgrade eligibility), a standard economy ticket is only $542, which is still relatively inexpensive. In addition, you’d earn 13,710 EQMs for this flight, which is over half the EQM requirement for Gold status on American in a given year. 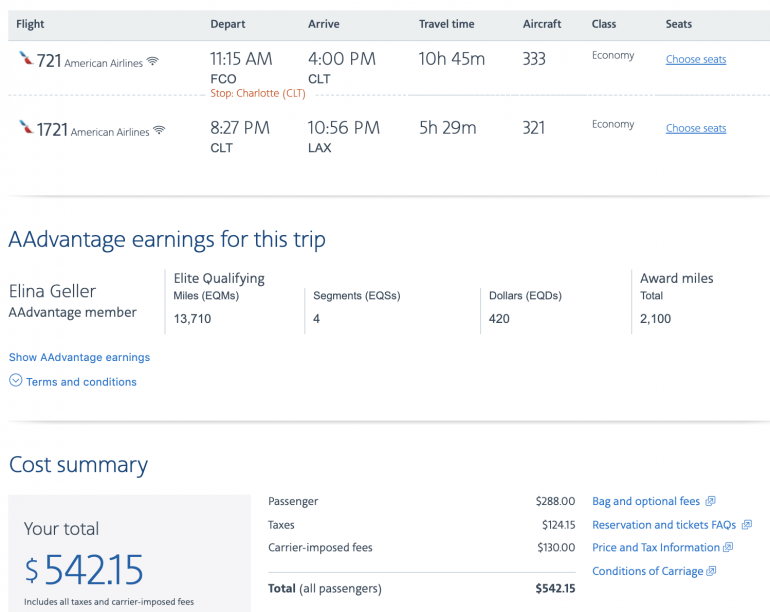 » Learn more: The cheapest ways to fly to Europe using points and miles

2. Safari in the Masai Mara in March

The Masai Mara National Reserve in Kenya is great for viewing lions, wildebeest and other wildlife. The most popular time to visit the Masai Mara is from July through October, when the great migration passes through the region. However, if you visit the Masai Mara during an off-peak time, you can benefit from lower prices on flights (and possibly hotels). 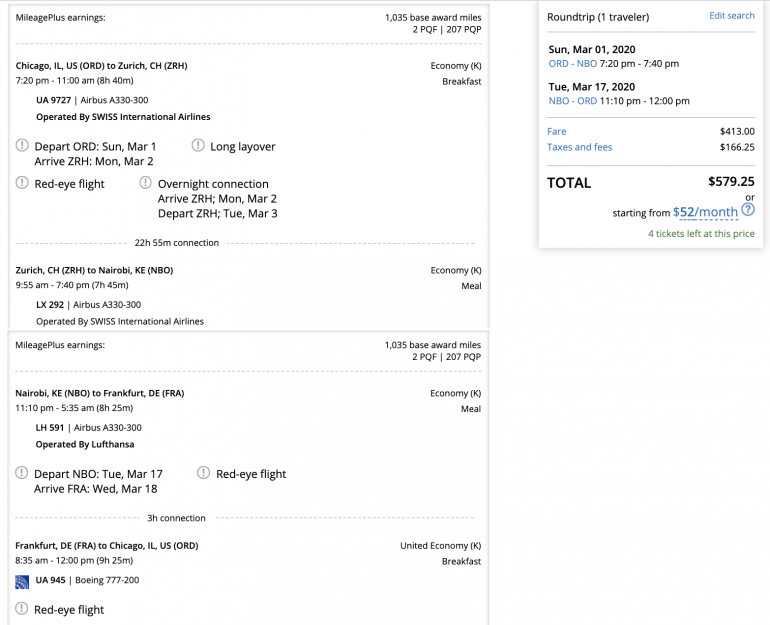 For a two-week vacation in March, we found a round-trip itinerary from Chicago to Nairobi bookable on United’s website for $579. Some of the legs are operated by Swiss and Lufthansa, both of which are Star Alliance airlines. Despite the significant distance flown (16,473 miles), you’d earn only 2,070 United miles if you don’t have status with United.

3. Visit Bali in March or April

Bali is a beautiful island in Indonesia and a popular destination all year long. However, tourism peaks in the dry season (May through September), and especially during summer months of July and August.

By traveling during the rainy season, you can benefit from lower fares and smaller crowds. Note that while going during this season doesn’t mean it will pour every day, you’re more likely to get scattered showers during your trip.

As an example, we found fares for a two-week trip from Los Angeles to Bali for just $486 with Xiamen Airlines. Although Xiamen is part of SkyTeam, fare classes S and R are considered discount economy and cannot earn any miles with Delta or AirFrance.

A great example of a shoulder vacation is taking a ski trip to a popular ski destination near the end of the season. You can book a round-trip nonstop flight from New York to Salt Lake City on Delta for only $227.

» Learn more: How to book a ski trip and save cash

5. Visit Brazil in March after Carnival

Brazilian Carnival is a popular (and expensive) time to visit Rio de Janeiro; this year, it takes place from Feb. 21 to Feb. 29. As soon as Carnival ends, flight prices to Rio De Janeiro return to normal. 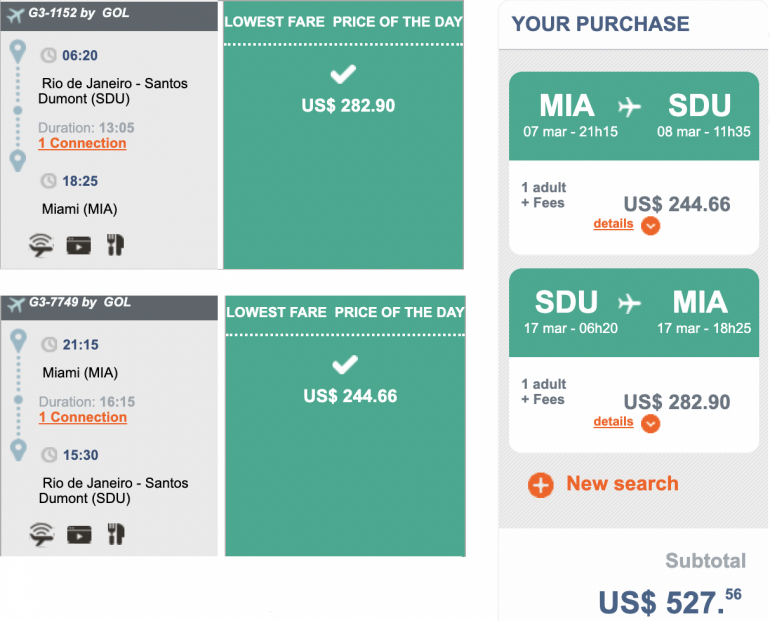 A round-trip flight from Miami to Rio in March can be had for $527 on Brazilian airline GOL. If you’re looking for a warm and exotic South American getaway, going to Brazil in March could be a great choice.

Planning a trip? Check out these articles for more inspiration and advice:
Find the best travel credit card for you
Best days to book a flight and when to fly
Earn more points and miles with these 6 strategies 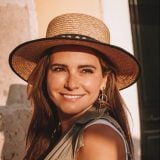