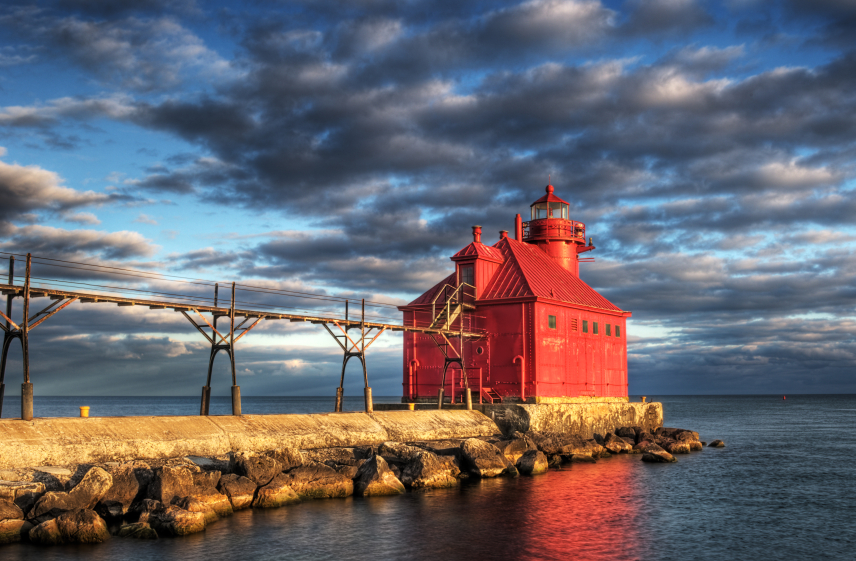 There are plenty of reasons to love the state of Wisconsin. NerdWallet has previously named Madison, the capital, as the city with the best quality of life in the nation and the greenest city in America. According to data compiled by Bloomberg, Wisconsin also has one of the highest rates of volunteerism in the country, and the state, of course, is the No.1 cheese producer in the U.S.

As for the other qualities, Wisconsin has a long tradition of community involvement and striving to improve the lives of all residents. The Wisconsin Idea came from the work of Robert M. La Follette, who was governor of Wisconsin from 1901 to 1906, and Charles Van Hise, president of the University of Wisconsin-Madison. Their effort to develop closer ties between state government and the university culminated with the idea “that the university should improve people’s lives beyond the classroom. It spans UW–Madison’s teaching, research, outreach and public service.”

The Wisconsin Idea has become embedded in the DNA of the state and its residents, and has helped cultivate the qualities that make the state a wonderful place for young families.

NerdWallet found the communities in the Badger State that offer young families the best combination of solid schools, great neighbors and affordability. Here’s our second analysis of over 140 cities, towns and census-designated places in Wisconsin.

Excellent schools. The average GreatSchools rating for cities in the top 10 is 8.2 out of 10, which means families can find a place to live with good schools in every corner of the state.
Recent economic growth. For top 10 cities, median family incomes have risen by an average of 62% since 1999. This is significantly higher than the statewide average of 53%.
Wide geographic footprint. Three cities — Waunakee, Mount Horeb and DeForest — are in the greater Madison area, but the rest of the top cities are spread across the state.

Home affordability. We looked at median home value and selected monthly homeowner costs to prioritize affordable communities.
Prosperity and growth. Looking at current and past family incomes, we calculated the income of residents, as well as the projected long-term growth of each city.
Quality of education. We looked at ratings at GreatSchools.org to find the best schools.
Family friendliness. This year, we added a new component to our methodology — the percentage of families with school-age children and the poverty rate for young children. This measure helps determine if an area is not only affordable for families, but if it is also a healthy one for children.

NerdWallet crunched the data for 143 places in Wisconsin — cities, towns and census-designated places. Only places with over 5,000 residents were analyzed. To see the full data set, click here.

Evansville is the smallest town in the top 10, but it has a lot of qualities that bigger towns may envy. With its blend of affordability (median home values of $163,400 are 20% below the top 10 average), family friendliness (families with children under 18 make up 31.3% of households) and its beautifully preserved historic downtown, Evansville has all the qualities of an idyllic Midwest town.

Wisconsin may be America’s Dairyland, but it’s not all grazing pasture. Holmen is near the start of the Upper Mississippi River National Wildlife and Fish Refuge, which gives active families year-round access to some of the best recreational opportunities in the state. The town is home to 12 parks and a number of biking and hiking trails. Young families will also be lured by the growing economic opportunities in Holmen, where median family incomes since 1999 have jumped over 80% — the second-largest gain the top 10.

It may be known as “The Only Waunakee in the World,” but this village has a few other things that set it apart: It is one of only three places in the top 10 with a perfect 10 score from GreatSchools, and at 33.1%, it has the state’s highest proportion of households with children. The village hosts a number of popular annual events, including summer’s WaunaFest and fall’s Wauktoberfest.

Whitefish Bay prides itself on having a unique character. Even though local businesses line Silver Spring Drive and give Whitefish Bay the feel of a small town, residents here will find close links to the amenities and economy of nearby Milwaukee. Young families looking to settle in the area will appreciate that Whitefish Bay schools scored a perfect 10 at GreatSchools, and that the average family will use about 21% of its monthly income for homeowner costs — the lowest in the top 10.

Hartland scored a perfect 10 at GreatSchools, and residents will find a community committed to small local businesses. The village’s Business Improvement District helps promote and assist 150 businesses in Hartland’s downtown. Adventurous families will love Hartland’s location on the Ice Age Trail, a 1,000-mile footpath that stretches across the state, and provides many opportunities for hiking and camping.

Because of its strong Norwegian heritage, Mount Horeb calls itself the “Troll Capital of the World,” honoring the famous creatures from Scandinavian folklore. A series of 15 life-size trolls dot the village, making the “Trollway” a tourist attraction in its own right. The village’s cultural heritage — more than a quarter of the population identifies as having Norwegian ancestry, according to U.S. Census Bureau data — has helped shape the local community. Scandinavian-themed events, like the Scandihoovian Winter Festival, have become some of Mount Horeb’s biggest annual celebrations.

For families looking to settle near Wisconsin’s capital of Madison, DeForest offers an affordable, community-oriented option. Of the three Dane County places in the top 10, DeForest has the most affordable housing. Families with children also make up 29.4% of households, above the top 10 average of 27.1%. Active families in DeForest have a variety of recreational options along the Yahara River, from the Northern Corridor Park to Bakke Conservancy and the Western Green Area Park that all provide excellent hiking, fishing and canoeing.

The farthest north of the top 10 cities, Sturgeon Bay embraces its latitudinal location. Each year in February, the city holds its annual Fire & Ice celebration, featuring ice-carving competitions. Later, the city takes full advantage of the warmer months with a slate of events, including the Harmony by the Bay concert series throughout the summer, and the Maritime on Madison weekend festival in August. Residents of Sturgeon Bay also enjoy one of the lowest median home values in the top 10, at $135,300, and the 87% gain in median family income from 1999 to 2013 was the biggest jump in the top 10.

With the largest population in the top 10, Onalaska may have many of the conveniences of a larger city, but its main draw is its picturesque location and outdoor recreation. Like Holmen, its neighbor to the north, Onalaska is near some of the state’s best parks and natural features — whether it’s hiking along the Great River State Trail to see fall foliage or canoeing on Lake Onalaska — there is no shortage of active adventures for on-the-move young families.

With median home values of $119,600, Ripon is an excellent choice for families on a budget. Residents here will find a lot of value for the small price tag: the 63% jump in median family income is just above the top 10 average, and Ripon has worked hard to preserve its walkable, quaint downtown area. Many of its buildings still look as immaculate as they did when they were built 100 years ago and tenants include a number of popular cafes, bars and the historic Campus Cinema.

Check out this interactive map of NerdWallet’s top 10 cities for young families in Wisconsin. Click on an icon to see each place’s overall score.