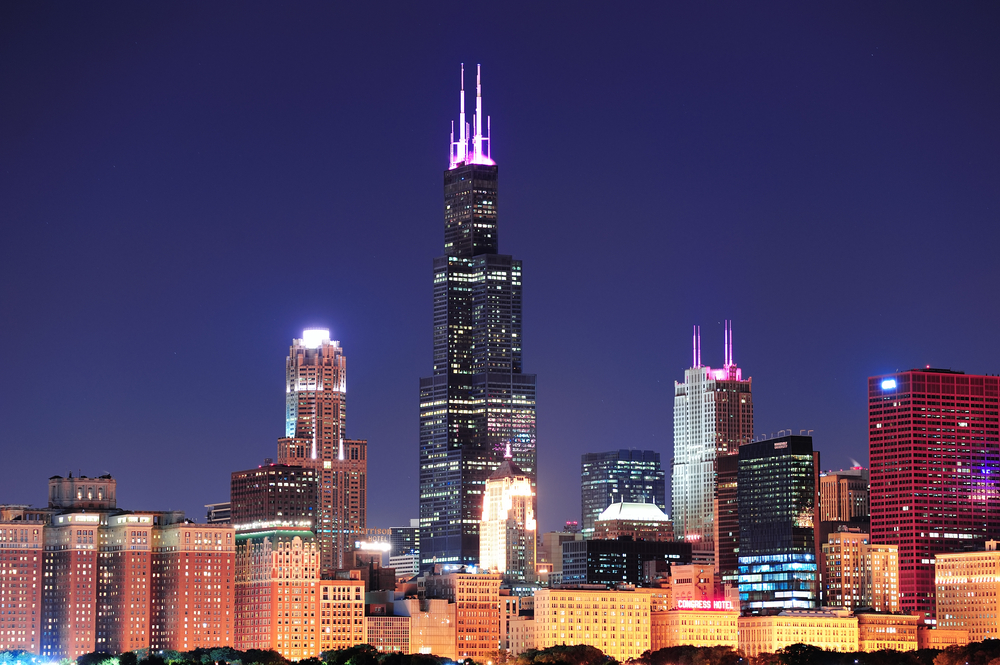 When it comes to our jobs, there’s one thing we all want: to get the biggest paycheck for our hard work.

While differences in salary and wages can be attributed to skills, a NerdWallet study has found that a higher paycheck also can be linked to where you work. Our data show certain places have more businesses that tend to be higher paying. NerdWallet’s analysis of ZIP codes in Illinois found:

Chicago is No. 1. While many cities in the Midwest are still recovering from the recession, Chicago, specifically The Loop, is financially healthy, with four of our top 10 highest-paying ZIP codes.
Small business rule. In most of our top-paying areas, over half of the businesses employed four people or fewer.
Single workers live there. Half of our top 10 highest-paying ZIP codes are in areas where lots of renters live in small households.

Our study looks at the average annual pay per employee by ZIP code. To see the full data set click here.

This small ZIP code, which includes the Art Institute of Chicago and parts of Millennium Park, is packed with businesses. However, few people, especially families, call it home. Of the 963 housing units listed in 2014, only one belonged to a family, according to City-Data.com. It appears that people who work here and residents are doing well with incomes for all above six figures. In this area, small enterprises dominate, with over half of the 1,708 businesses employing four or fewer employees. The largest sectors include finance and insurance and retail.

The second-highest paying ZIP code in Illinois, 60196, is a tiny neighborhood in Northern Schaumburg, between East Algonquin Road and Interstate 90. The ZIP code stands out not just for its high average payroll, but also for its very low number of residents — zero to be exact. The ZIP code is one of a few reserved exclusively for businesses, in this case Motorola. The consumer electronics company appears to be paying well, with the average salary there at $122,000, according to recent data.

This ZIP code in North Chicago is home to a wealth of high-paying businesses. Abbott Laboratories, Finch University and Jelly Belly are a few of the 202 businesses located here. With that lineup of industry, the mean salary of workers here is $115,000.

The 60407 ZIP code is based in Braceville, along Interstate 55 and Route 53. While it’s mostly a residential area, the small cluster of businesses here brought the average annual salary in 2012 to $104,000 even though the area doesn’t have a specific industry or company headquarters.

The 61242 ZIP code in Cordova is dominated by small businesses. Of the 23 businesses in 2012, half were companies of four or fewer employees, who mostly work in wholesale or retail trade. Businesses such as Cordova Energy Co. and Fryer To Fuel Inc. helped to boost the average salary to $101,000 per employee. And unlike some of the high-paying business districts, 61242 also has a sizeable residential population — 529 housing units that are overwhelmingly owner occupied.

One of the largest ZIP codes on our list, 60045 includes the town of Lake Forest, home of some of the state’s highest-paying businesses and the fifth-highest median household income, according to City-Data.com. The largest industries are finance and insurance, which include Baytree National Bank & Trust, Z Capital Partners and TS Financial Group.

Centered on Chicago’s Willis Tower, 60606 is the Windy City’s financial district. In 2012, the ZIP code was home to over 941 financial and insurance businesses, as well as 147 information businesses. People seem to enjoy living here, too, as residents in this ZIP code also have the second-highest per capita income in the state.

This segment of The Loop, between West Upper Wacker Drive and West Randolph Street, is not only one of the highest-paying ZIP codes in Illinois, but it’s also the most densely populated. Residents, mostly renters in small households, and businesses do well here in the area that is eighth in the state in average payroll and third for median income.

Chicago’s River North neighborhood sees an average annual pay of $93,477 per worker. While the ZIP code is perhaps best known for the monolithic Merchandise Mart, retail is actually the third-largest industry here after wholesale trade, finance and insurance.

The residential ZIP code of 62084 covers the western parts of Roxana and South Roxana. Businesses range from Gemini Industries, an accessory manufacturer, to Carmedic, the paintless dent remover. The mean annual pay per employee of $93,097 at businesses is substantially above the $53,000 residents see, which suggests there is little crossover between those who live here and others who work in the area.

All data in this study are from the 2012 CB1200CZ11, a survey on business patterns conducted by the U.S. Census Bureau.
To find the highest paying ZIP codes in America, we took the annual total payroll of the ZIP code and divided it by the number of workers in that area.
Certain ZIP codes were excluded because they are exempt from requirements to provide payroll data.
Qualitative data are from City-Data.com or illinois.hometownlocator.com.
Other data are from the census bureau’s 2012 CB1200CZ21.