Prime Rate in Canada: What It Is, How It’s Set

Knowing the prime rate in Canada can help you understand the variable rates on credit lines and mortgages. Here’s what you need to know about the prime interest rate.

When you’re considering a new line of credit or a mortgage, your lender’s interest rate — or how much you’ll be charged to borrow the funds — is a key factor in figuring out whether the loan is a good fit with your financial situation.

And if that loan comes with a variable rate, you’ll also need to keep a close eye on the prime rate, which will ultimately determine how much interest you’ll pay over time in addition to repaying the principal amount you borrowed.

What is the prime rate?

The prime rate serves as the basis for the interest rate that lenders will charge for certain loans, such as variable-rate mortgages and car loans, home equity lines of credit (HELOCs) and unsecured lines of credit.

In many cases, you won’t pay the actual prime rate on your loan. Financial institutions typically offer rates in terms of the prime rate plus or minus a certain percentage. And the rate you’re offered depends on conditions in the lending markets and on factors, like your credit, the amount you’re borrowing, and whether the loan is secured or not. (Secured loans are secured by assets or collateral, such as your home, which can result in a lower interest rate.)

Who sets the prime rate in Canada?

The prime rate is set by major commercial financial institutions in Canada, such as the Big Six banks. While each bank sets its own prime rate, major banks’ posted prime rates are often the same.

What is the prime rate now?

After a long period of staying at 0.25%, the Bank of Canada’s policy rate increased markedly in 2022, with the central bank raising its overnight rate six times through the year. The increases are a bid to combat inflation, which climbed to 6.9% in September 2022, according to Statistics Canada — far higher than the bank’s target of 2% inflation.

How often does the prime rate change?

Where to find the daily prime rate online

The Bank of Canada’s website provides a daily digest that includes the current overnight rate, as well as other financial information, such as Government of Canada bond yields and exchange rates. Each of the large financial institutions post their prime rates on their websites, often on pages specific to relevant borrowing products.

How the prime rate impacts interest rates for borrowing money

The prime rate has a direct correlation with rates lenders charge for a number of loans and lending products.

As their name suggests, the interest on variable-rate loans, including some types of mortgages and car loans, is tied to prime interest rates. When the prime rate goes up (or down), the interest rate on your loan changes accordingly.

But if your lender’s prime rate goes up, it doesn’t necessarily mean your monthly payment will increase. Often your payment may remain the same, but more of your repayment amount could end up going towards interest, rather than the principal, which means it may take you longer to pay off the loan. Before taking out a variable-rate loan, make sure you fully understand how the interest rate can change and how it might affect your payments.

Lines of credit (including HELOCs)

With a line of credit, including a HELOC — a secured form of credit where your home is used as the guarantee that you’ll pay back the funds you borrowed — an increase in the prime rate could bump up the interest rate you pay on any outstanding balance, likely resulting in higher monthly interest payments.

For example, a credit card may charge interest on purchases and cash advances at a rate of prime + 4.99% to 8.99%. Customers with a better credit rating typically receive a lower rate. However, if the prime rate goes up, so could your interest payment — regardless of your creditworthiness.

History of the prime rate in Canada

Between 2017 and the start of the COVID-19 pandemic in 2020, the average prime rate ranged between 2.7% and 3.95%. In March 2020, financial institutions — in response to the Bank of Canada’s move to lower the target overnight rate to 0.25% to support the Canadian economy during the pandemic —  decreased the prime rate three times that month until it reached 2.45%, where it stayed until March 2022.

Is the prime rate going up?

For now, yes. In early 2022, the Bank of Canada indicated that it planned to raise the policy rate (the overnight rate) this year in order to get inflation back to its 2% target.

What does it mean if the prime rate goes down?

If the prime rate were to go down, the cost of paying interest on variable-rate loans, such as mortgages or lines of credit, would also decrease. As a result, more of each payment would go towards your loan’s principal instead of the interest. Lower rates also mean it costs less to borrow money, which encourages people to spend more and boosts the economy.

Helen Burnett-Nichols is a freelance writer specializing in news and feature articles on a variety of business, legal and investment topics. Her work has appeared in publications such as The Globe and Mail, National Post Legal Post, Canadian Lawyer magazine, Benefits Canada and Golden Girl Finance. Follow her on Twitter @helenbnichols or visit her website, burnettnichols.com.

How to Get a Loan From the Bank

The steps and qualification requirements to borrow money from a bank will vary depending on your financial profile and the type of loan you want. 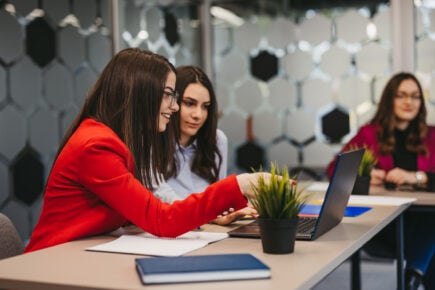 What Is Web Business Banking?

Web business banking is a safe, convenient and efficient way for businesses to handle their everyday financial needs.

Revolving Credit: What It Is and How It Works

When Canada’s inflation rate is high, it can be harder to afford essentials or grow your savings. To hedge against inflation, try these strategies. 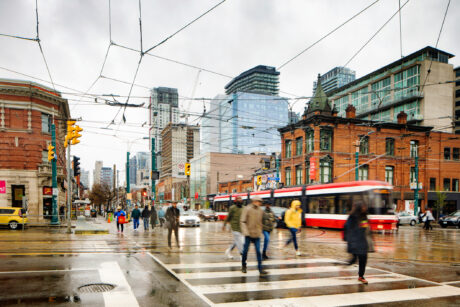