Here’s how five people are crushing their student loans and what you can learn from their approaches. 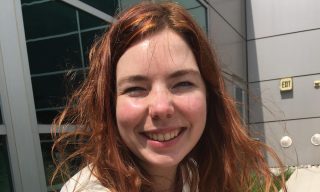 Emily Ball lowered her interest rate from about 10% to 7.5% by refinancing.

In 2015, Emily Ball graduated with about $70,000 in student loans and an education degree — after realizing too late that she didn’t actually want to be a teacher. Instead, she found a job as a digital services specialist at PSAV, a global event production company.

The advice: Get your finances in order before refinancing

At first, student loan refinancing lenders rejected Ball because her income wasn’t high enough, she says. If you’re wondering whether you can refinance student loans, make sure you have: 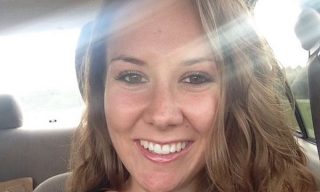 Katie Welsh graduated in 2010 with about $30,000 in student loans. While teaching elementary school in Tampa, Florida, she alternated between making minimum payments and deferring payments. Meanwhile interest continued accruing, increasing her balance by thousands. She began tackling her debt aggressively after moving to Arlington, Virginia, with her boyfriend, Denis, an accountant. The couple documents Welsh’s debt payoff experience with their podcast, Chain of Wealth.

Welsh got $5,000 forgiven through the federal Teacher Loan Forgiveness program, which requires that borrowers work full-time in a low-income school for five years. She also makes money from podcasting, freelance writing and Airbnb hosting, and puts the extra cash toward her student debt. She has about $25,000 remaining and plans to use her salary this year to pay it off while her boyfriend covers living expenses.

Welsh postponed payments on her student loans by putting them in deferment. But deferment — and forbearance, which is similar — is costly. Interest accrues even when you aren’t making payments and is added to the principal balance when repayment begins. In other words, you’ll pay interest on top of interest.

If you’re struggling to afford monthly payments, switch to a federal income-driven repayment plan instead. 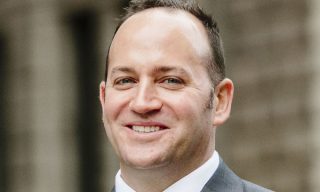 Joshua Goldstein put off other purchases to tame his loans faster.

Joshua Goldstein had six figures in student loan debt when he graduated from law school in 1997 and estimates the balance reached almost $170,000 with interest. While building his career as an immigration lawyer, he limited his spending so he could pay extra on his loans. “You’re not going to pay off $170,000 by making your own lunch,” the Los Angeles resident says.

Goldstein made larger-than-minimum payments to slash interest and pay off his student loans faster. He put off owning a car, buying a home and contributing to a 401(k) — even as he started earning more.

Goldstein made minimum payments on all of his loans and paid extra on the high-interest ones — that’s the best way to maximize additional payments. Instruct your loan servicer to apply overpayments to the loan balance instead of the next month’s payment.

Also consider whether you should pay extra on your student loans at all. Before paying extra, have an emergency fund, regularly contribute to a retirement account, and pay off high-interest debt, like credit cards. 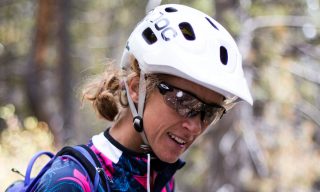 Brittany Jones graduated from the University of Colorado at Denver in 2010 with more than $40,000 in federal and private student loan debt. While working retail jobs at bicycle shops, Jones, who is a cyclist herself, was on an income-driven repayment plan to make her federal student loan payments more manageable.

Now a copy editor at a company that creates websites for independent bicycle shops, Jones tried to recertify her income last year but found she no longer qualified for the income-based plan.

To keep her student loan payments affordable, Jones refinanced through a private student loan lender. Her new interest rate is only slightly lower than it was previously, but she chose a longer repayment term to get a lower monthly payment.

Jones got rate estimates from a few lenders before choosing one to refinance with. Many lenders offer personalized rates that are based on a soft credit pull, which doesn’t hurt your credit score. Plug the interest rate estimates you get into a student loan refinance calculator to see how much various lenders could save you.

In addition to interest rates, compare lenders’ repayment options and their track record for customer service. 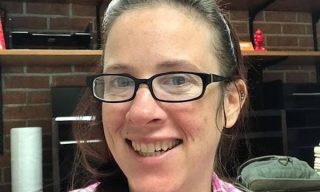 Shannon Beranek racked up more than $100,000 in student debt for her bachelor’s and master’s degrees in civil engineering at the University of Illinois at Urbana-Champaign.

Beranek decided to begin tackling her debt by paying off the highest-interest loans first — a payoff strategy known as the debt avalanche.

Beranek’s approach — paying off the high-interest loans first — is the best way to save on interest and pay off student debt fast. To remain current on your debt and preserve your credit, make sure to pay the minimum amount due on all your loans before paying extra on the high-interest ones.

If you need some small wins to keep you motivated during your debt pay-down journey, consider paying extra on your smallest loans first. Known as the debt snowball method, this approach won’t save you as much in interest but paying off a loan completely might give you the inspiration you need.