Editor’s note, March 23, 2020: Many banks and credit unions are temporarily waiving ATM fees in response to widespread financial distress caused by the coronavirus situation. To find out if your bank or credit union is one of them, call its customer service line.

Want to save some money each time you use the ATM? Think about changing your bank.

If you use out-of-network ATMs even a couple times a month, you could find yourself paying more than $100 per year in ATM fees from your bank and the ATMs’ owners. But not all banks charge for easy access to your cash — and some even reimburse you for ATM owner fees.

+ See a summary of our picks

Many banking services can be done online, but there’s at least one that remains offline: getting cash. Check out this list of financial institutions that make it much less expensive to access your money.

Free ATMs: At any ATM in the U.S., Axos (formerly known as Bank of Internet USA) won’t charge a fee and they’ll reimburse you any fees the ATM owner charges.

Keep in the mind: Golden Checking and First Checking reimburse ATM fees, too, but they have monthly caps. And the bank charges a 1% fee for international ATM withdrawals and debit card purchases.

Free ATMs: At any ATM in the U.S., Radius won’t charge a fee to use a non-network ATM and it will reimburse you for any fees you’re charged by the ATM owner at the end of your statement cycle.

Accounts with the perk: Rewards Checking and Superhero Checking.

Keep in mind: Essential Checking does not reimburse ATM fees. And while Radius reimbursements do apply worldwide, you’ll still be charged a foreign transaction fee for using your card abroad.

Free ATMs: Alliant Credit Union offers 80,000+ free ATMs. Use one outside of the network, and you’ll be reimbursed up to $20 per month for fees charged by the owner. (Alliant doesn’t charge a fee.)

Accounts with the perk: Both Alliant’s checking accounts, High-Rate Checking and Teen Checking.

Keep in mind: The ATM rebates don’t apply to the 1% foreign transaction fee.

Membership requirements: Become a member of Foster Care to Success, a charitable organization, if you can’t join Alliant another way. Alliant will pay the membership fee on your behalf.

Keep in mind: Schwab is mainly an investment company, and this account is linked to a Schwab One brokerage account.

Accounts with the perk: All Citibank checking accounts.

» If you rely on your bank’s app, explore Nerdwallet’s best banks for mobile banking

Don’t see your bank? Here’s what to do

Many of these accounts have other perks, such as no monthly fees. But if you’re not in the mood to switch, remember that virtually any financial institution will let you withdraw money for free from its own ATMs, and many now have apps that help you locate the nearest free cash machine. Often, credit unions and community banks participate in larger shared ATM networks, too.

How we rate banks and credit unions 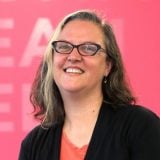