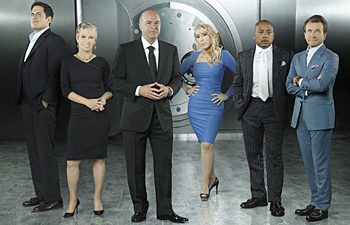 You’re probably familiar with “Shark Tank,” the ABC show where real entrepreneurs pitch their ideas to a panel of equity investors. Since the program first aired in 2009, a slew of similar shows have popped up, including “Food Fortunes” on Food Network and “The Profit” on CNBC. ABC also launched the spinoff “Beyond the Tank” in May. The latest entrepreneurial reality show, “Startup U,” premieres on ABC Family in August. It will follow students at Draper University, a seven-week entrepreneur education program in Silicon Valley.

“Shark Tank” averaged 7.5 million viewers in its most recent season, its sixth, according to the Nielsen Co. Why do entrepreneurial reality shows resonate with viewers? We put that question to some business and media experts.

MORE: ‘Shark Tank’s’ Biggest Deals and How They Panned Out

“This appeals to fans who have an idea or two about how to become rich, which they’re sure would work if only they could find the right listener,” Levinson says via email.

They teach lessons about entrepreneurship

Watching shows like “Shark Tank” and “The Profit” can teach wannabe entrepreneurs about equity capital and how to make an effective pitch. Venture capitalist Tim Draper, founder of Draper University, says “Startup U” will reveal new marketing techniques and ways of thinking about finance, in addition to showing how entrepreneurs can be successful working in teams.

They give viewers a vicarious thrill

A lot of people view entrepreneurship as a skill that you have to be born with, and that therefore is unattainable to them, says Berna Aksu, a business professor at Saint Mary’s College of California, in Moraga. Watching reality shows like “Shark Tank” lets audiences experience the entrepreneurial dream vicariously without actually taking the risk, she says.

“When people can’t do something themselves,” she says, “they still like to see other people succeed.”

Shows like “Shark Tank” are as much a marketing tool as a funding opportunity for entrepreneurs. “What better commercial than network TV?” says Lisa Hennessy. Hennessy is executive producer of the NBC weight-loss reality show “The Biggest Loser” and co-founder of DreamJobbing.com, a site that advertises unique, short-term job opportunities, such as a photojournalist stint in Norway or three weeks with the Nitro Circus.

Products that gained popularity on “Shark Tank” include Ava the Elephant, an animal-shaped medicine dropper for kids; ChordBuddy, a guitar attachment for novice musicians; and the Squatty Potty, a bathroom step stool designed to promote “healthy toilet posture,” as its website says.

They show underdogs beating the odds

Although entrepreneurship has grown in popularity, it’s still not easy, says Marci Weisler, a creator of “Queen Bee,” a show featuring female entrepreneurs on Ora TV. Audiences enjoy rooting for entrepreneurs’ pursuit of the American dream, she says.

“Shows like these show the struggles and successes,” she says by email, “and that average people have a chance to do extraordinary things and create big business.”