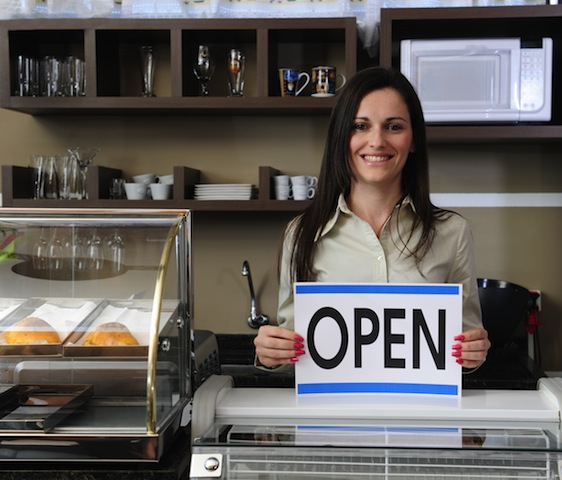 We’re sorry, This page may be out of date.

It does not include information on the government stimulus package that may offer benefits for self-employed workers.

According to recent findings from the National Federation of Independent Business, small business growth is up and business owners are more optimistic about the economy. Because most small business owners open a business near their home, we would expect major U.S. cities to see their fair share of new businesses. NerdWallet Taxes examined the top 20 biggest U.S. cities to find out how welcoming they are to small businesses. We calculated total scores for each city using data on local taxes, growth rates from the Milken Institute’s 2012 Best Performing City survey, and business owner opinions of the local regulatory environment from the 2013 Thumbtack Small Business Friendliness Survey. Four of the top 10 cities are located in tax friendly Texas, while New York City and San Francisco do not make the cut.

2. San Antonio, TX
Home to big companies like Clear Channel and Valero, San Antonio earns the second spot in our list because it has the highest ranking for friendly licensing requirements, where on average small business owners say that the city’s regulatory environment is “somewhat friendly.” San Antonio also scores in the top 10 for its growth prospects.

3. Dallas-Fort Worth, TX
Dallas is home to over a dozen Fortune 500 companies and like other Texas cities, it is very welcoming to small businesses, scoring in the top 5 for ease of licensing requirements and growth prospects. While it did not score highly for property taxes, Dallas is still a very attractive city for small business.

4. Baltimore, MD
One of only three East coast cities to make our list, Baltimore earned a top 10 spot because it ranked 3rd for its hassle free licensing requirements. One downside is that Baltimore levies personal income taxes between 1.25 and 3.2% and scores poorly because of relatively high property taxes.

5. Houston, TX
Houston ranks fifth thanks to a very friendly overall tax environment. It had the third lowest city property tax rates at 1.15% and ranked third for growth prospects.

6. San Jose, CA
The only California city to make our list, San Jose earned the no. 1 spot in America in Milken’s growth ratings, largely thanks to an influx of Silicon Valley technology companies and educated labor force. The city also scored in the top 10 for low-hassle licensing requirements.

8. Indianapolis, IN
While not as tax friendly as Texas cities, Indianapolis scored 6th for easy licensing requirements and 10th for future growth rates. Indianapolis ranked poorly for property taxes and also levies an income tax of 1.62%.

Where are San Francisco and New York City?
New York and San Francisco perform poorly in the overall rankings (12th and 14th respectively) for small businesses. For a business earning $100,000 a year in profits, New York City is the worst city from a tax standpoint. New York also scores poorly (12th) from a licensing standpoint. On the bright side, its attractive job growth rates and large workforce appeal to small businesses for ease of hiring, as it earned 11th place in the Milken study among all U.S. cities.

San Francisco did not make the list because of its difficult licensing requirements and California’s high income and payroll taxes. Nonetheless, San Francisco appeals to many small businesses because of its diverse and educated workforce, favorable growth prospects and established network of high-tech companies.