The deal isn’t expected to close until late 2023, so HSBC Canada customers have plenty of time to weigh their options.

On November 29, the Royal Bank of Canada announced its plans to buy HSBC Bank Canada in an agreement heralded as Canada’s biggest domestic banking deal on record. What does the acquisition mean for HSBC customers? Business as usual — for now.

RBC intends to purchase HSBC Canada for $13.5 billion in cash. If approved, the deal will cement RBC’s position as one of the largest banks in Canada. RBC’s total revenue grew to approximately $49.7 billion in 2021, according to Statista. It’s already the largest bank in Canada by market capitalization but trails TD Bank in total assets, according to Statista analysis.

The acquisition will end over 40 years of financial services for HSBC Canada. The Canadian arm of the multinational bank boasts 130 branches, 4,200 employees and $134 billion in assets as of September 2022. While it’s agreed to sell its Canadian subsidiary, HSBC will continue its operations in Europe and beyond.

Executing a complicated corporate merger takes time, and this deal is no exception. RBC’s acquisition of HSBC Canada isn’t expected to wrap up until late 2023. And that’s if everything goes to plan: Before RBC can close on its purchase of HSBC, it needs approval from the Competition Bureau, the Office of the Superintendent of Financial Institutions and the federal Finance Minister.

What HSBC customers should know about the acquisition

Right now, there’s a lot up in the air.

First, HSBC Canada will not operate as a separate brand once the acquisition is complete. “After closing, we expect to bring HSBC Canada clients and employees under the umbrella of RBC’s brand,” Jeff Lanthier, director of media relations for RBC, said in an email.

This means that HSBC Canada customers will eventually gain access to RBC’s existing financial services framework, which includes over 1,200 branches across the country. It’s difficult to say exactly when this transition will take place. As for what happens to HSBC customers in the interim, both RBC and HSBC have publicly stated that nothing changes.

“For now, it is business as usual,” Lanthier said in an email. “There will be no impact to clients as we work toward closing.”

Linda Seymour, president and CEO of HSBC Bank Canada, echoes Lanthier’s sentiments. “You do not need to take any action,” Seymour wrote to current HSBC customers in a public letter dated November 29, 2022. “You will continue to bank with HSBC as you usually do. All terms of your agreements stay the same — deposits, lending and investments — and there is no change to how we will provide service.”

But ultimately, big changes are in store for HSBC customers, and Seymour acknowledges this. “There will be a transition period of several months to establish how to integrate the operations and clients of HSBC Canada into RBC at completion of the sale,” Seymour wrote.

What that transition period will look like remains to be seen. But a few things can become problematic during bank mergers and acquisitions. Common issues include closed branches, technical problems and long customer wait times.

If you bank with HSBC and have reservations about the merger, don’t be afraid to compare your banking alternatives in the interim.

4 things to consider when switching banks

Before you jump ship from one bank to another, consider the following: 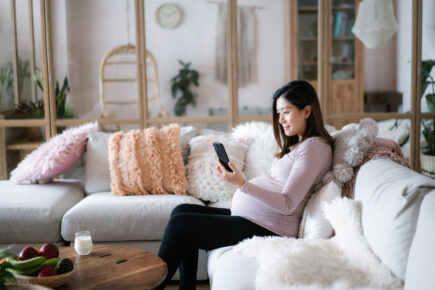 What is Digital Banking?

The best online savings accounts have high interest rates and low or no fees. These bank accounts are offered by virtual, online-only banks. 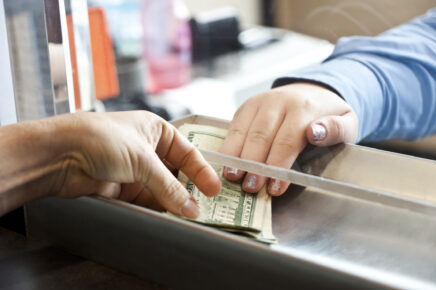 When it comes to online banking vs. branch banking, differences include convenience, fees, human interaction and more.

Aaron Broverman
On a similar note…

Nora Dunn
Back To Top