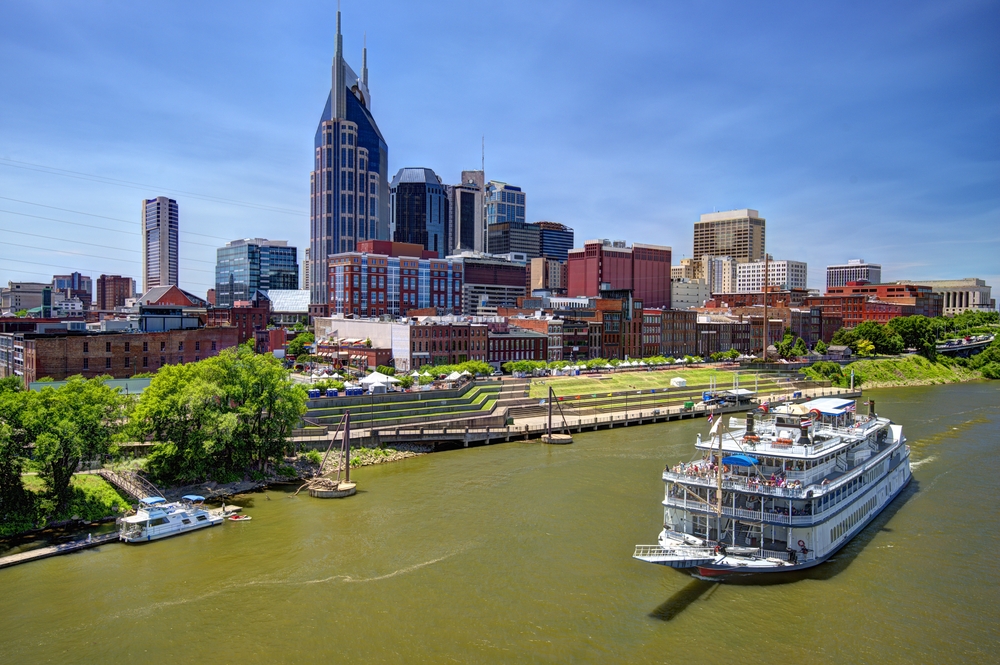 For many young couples, buying their first house when they are also starting their family is a daunting prospect.

Even though quality of life matters to all future homeowners, young families may have tighter finances that limit their options. NerdWallet crunched the data for the second year to help consumers find the “Best Cities for Young Families.” Our analysis considers several factors:

NerdWallet crunched the data for 99 places in Tennessee — cities, towns and census-designated places. Only places with over 5,000 residents were analyzed. To see the full data set, click here.

Our analysis revealed some trends:

Convenient commutes. While we didn’t include commute times in our calculations, the correlation between shorter commutes and the top cities was high. All but one of our top 10 locations is within a 35-mile commute of a major city.

Medium-size cities are big. The majority of our top places have 7,000 to 11,000 residents, which is about the state median.

Nashville area is No. 1. In our list of best cities for young families, the clear winner is the Nashville metropolitan area, where half of our top 10 is located.

Arlington tops our list for its high growth in prosperity, as well as for its “family friendliness” score, our newly introduced measure that helped it jump up 20 spots from last year. The town, which saw a 77.4% increase in family income over the past 15 years, also shows a zero rate of poverty for families with young children. As the only place on our list where over 50% of households include kids, Arlington makes an excellent home for parents who commute to the Memphis metro area.

Atoka is an upper-middle income community with highly rated schools at www.greatschools.org. About a third of families have children in a town where no children under age 5 live in poverty, according to the 2013 U.S. Census Bureau’s American Communities Survey. Atoka is proud of its parks, which include Nancy Lane, Pioneer and Walker. In 2013, the town approved the Atoka Greenway trail, which will allow pedestrian access between the two parks on Walker Parkway.

Our only top entry near Kingsport, Mount Carmel is not only a good place for young families, it’s also the second-most affordable place in our top 10 with a median home value of $128,400. In this town of just under 6,000, about 30% of residents are families with kids, which is unsurprising given the 9 out of 10 rating it received at GreatSchools. For families looking for weekend adventure, Mount Carmel is just an hour from the 650,000-acre Cherokee National Forest.

With over 30,000 residents, Spring Hill is the most populous community in our top 10. Families living here will find a lot of company: Nearly half, 41.2%, of the city’s population includes families with children. The city — just 35 minutes south of Nashville — is proud of its industrial sector that it balances with its natural beauty.

Good schools, economic growth and a family atmosphere — Nolensville has it all. At 45.9%, Nolensville is home to the state’s second-highest percentage of families with children. The city also has one of the highest income-growth rates, which has increased 44.5% in the past 15 years. Nolensville is an ideal location for families with two working parents, as it’s roughly in the middle of Nashville and Murfreesboro — Tennessee’s largest metro areas. However, living here comes with a price: Nolensville has the highest median home value in our top 10.

Named for a two-story white lodging house built in 1829, White House, Tennessee, declares that it is “valuing our future, while protecting our heritage.” While the city of 10,000 showcases its history in the local White House Inn Museum, it also invests in future success with its school system that ranks 8 out of 10 on GreatSchools, and an economic development team that has made a targeted effort to increase the city’s retail sector.

Lakeland is a community for families looking for quality schools, and who are willing to pay the price. Lakeland rises above the rest of our list with its 10 rating — the only city in our top 10 to earn a perfect score at GreatSchools, but the median home value of $226,200 makes Lakeland one of the more expensive communities in the state. The high home values reflect a trend of prosperity in Lakeland, which has seen its median family incomes rise 58% in the past 15 years. The city of 12,000 maintains a commitment to its green space, and last year it received its ninth consecutive Tree City USA award for planting and preserving trees.

Fairview is a place for young families looking for a small, yet accessible community. Fairview is minutes from the downtowns in Franklin and Nashville, as well as the Cool Springs retail area. Fairview’s school system is ranked 8 out of 10 at GreatSchools, and it’s home to the 700-acre Bowie Nature Park. And with a median home value of a low $167,500, Fairview is a bargain even with its long list of amenities.

Parents seeking affordable living with a good quality of life will find it in Seymour, a census-designated area. While the median home value of $150,800 makes Seymour the second-most affordable place in our top 10, the area isn’t only a good deal, it’s also a healthy place for kids as demonstrated by its zero rate of poverty for families with children under age 5. And for parents, Seymour’s proximity to Knoxville makes it ideal for those seeking a short commute.

Lexington is the little city that could. With a population of just 7,751, Lexington is the second-smallest city in our top 10. Residents here will find low housing costs — the city’s median home value of $118,000 is the lowest in our top 10. Despite its affordability, no families with young children live in poverty in Lexington.

All data are from the 2013 U.S. Census Bureau’s American Communities Survey. Our methodology took into account four factors:

Home affordability. Home affordability, 30% of the final score, was calculated by averaging index scores for median home value and median selected monthly owner costs. The lower the costs, the higher the score.

Educational quality. Using data from GreatSchools, every place was assigned a ranking from 1 to 10 for the quality of schools. The education score is 20% of the final score.