As a fashion blogger, travel enthusiast and freelance writer, Alysse Dalessandro has a variety of interests. When it comes to saving money, the 29-year-old is just as open-minded.

In late 2015, Dalessandro read a blog post about the 52-week money challenge, a popular savings strategy that gained momentum on social media platforms like Facebook. The premise is simple: Every seven days, save an amount that corresponds to that week. (In the first week, that comes out to $1. In the second: $2. And so on.) After one year, a person will have saved $1,378. 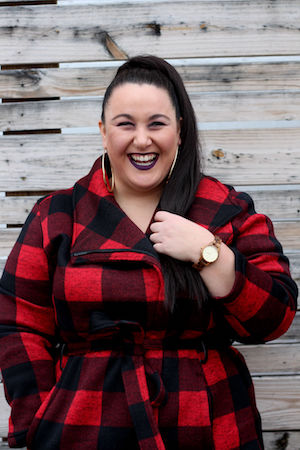 Dalessandro exceeded that mark in 2016 when she set aside $1,522, which will fund a trip to Italy this year. Here’s how she made the most of the 52-week money challenge — and how you could, too.

The beauty of the 52-week challenge lies in its simplicity. An added bonus is that people can tweak the process as they see fit.

Dalessandro stashed her cash in a jar, a low-tech but highly effective way to separate her savings and spending money. Although this method worked well for her, she’s quick to acknowledge that people could also transfer money from their checking to savings account each week.

That way, their deposits would earn interest and likely be federally insured. Folks would also be able to take advantage of their bank’s online budgeting and savings tools. But this strategy could make it too easy for some to dip into savings, given the ease of online banking.

You could also flip the challenge, setting aside $52 in the first week and saving a gradually decreasing amount from there. If you decide to start the challenge with the new year, an added benefit is that you’d have to put away less than $40 during the holiday season.

The blog post that Dalessandro came across in 2015 recommended leaving cash-filled jars in plain sight. That way, people wouldn’t forget about the challenge.

Even though Dalessandro lived in what she considers a safe neighborhood, she kept the jar tucked away in her room. Dalessandro also had a lockbox on hand in case she wanted an extra layer of security.

If the thought of leaving cash hidden in your room makes you uneasy, consider depositing it into a savings account every few weeks.

Accessorize the challenge with traditional tools

Along with the 52-week money challenge — Dalessandro is doing it again this year — she uses a traditional savings account to store her emergency fund.

Although Dalessandro tries to leave that money untouched, she likes having it accessible in case unexpected expenses arise. Certificates of deposit, a type of savings tool Dalessandro used briefly in college, make that more difficult.

“CDs are a lot like the jar, except they have real rules,” she says.

Withdrawing money from a CD before its maturity date typically triggers penalties. When looking for a traditional savings tool, be sure to pick the one that most aligns with your needs.

The roommate is in the process of giving the challenge another shot. This time around, her jar has been glued shut and is hidden in Dalessandro’s room.

This type of buddy system might work well for others, too. It also highlights an important aspect of the challenge: If at first you don’t succeed, figure out what went wrong, fix it and try again.

For Dalessandro, 2015 and the first half of 2016 were “financially very hard years.” Some months, the cash she saved as part of the challenge was the only money she was able to set aside.

“It’s important for me to stress that this is something I was able to do when times were very tight,” Dalessandro says.

Dalessandro says the challenge could be especially helpful for beginning savers, or for those who have had trouble setting aside money in the past. The challenge encourages folks to save cash in manageable chunks, and can help get people in the right frame of mind, she adds.

“Saving money is about a mindset,” Dalessandro says. “You don’t have to have a lot of money, you just have to have the mindset that the money is yours, it’s just not yours right now.”